Why has Amazon’s stock price been on decline? They fell 12% in Sep alone?? - Seedly

Why has Amazon’s stock price been on decline? They fell 12% in Sep alone?? 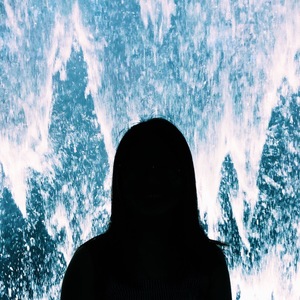 You’re right about that. But do take note that the recent fall with Amazon is also happening amidst the fall in tech stocks along with Facebook and Tesla. 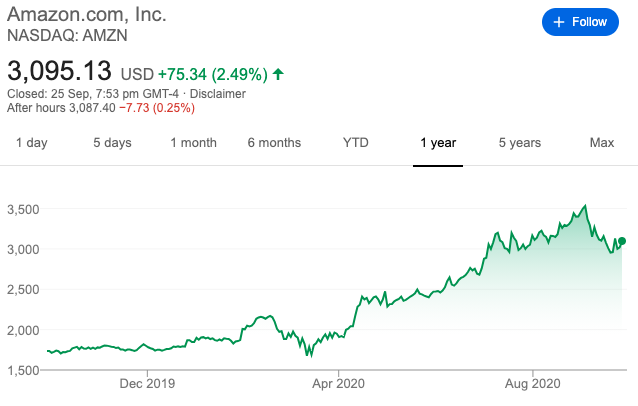 We can see that Amazon has been on an epic run, with the shares nearly doubling off their March lows. This suggests that market correction might be taking place due the valuation that has been happening at extreme levels.

But there are other reasons that have played a part as well for the fall in September.

Disclaimer: Information accurate as of 28 Sep 2020. 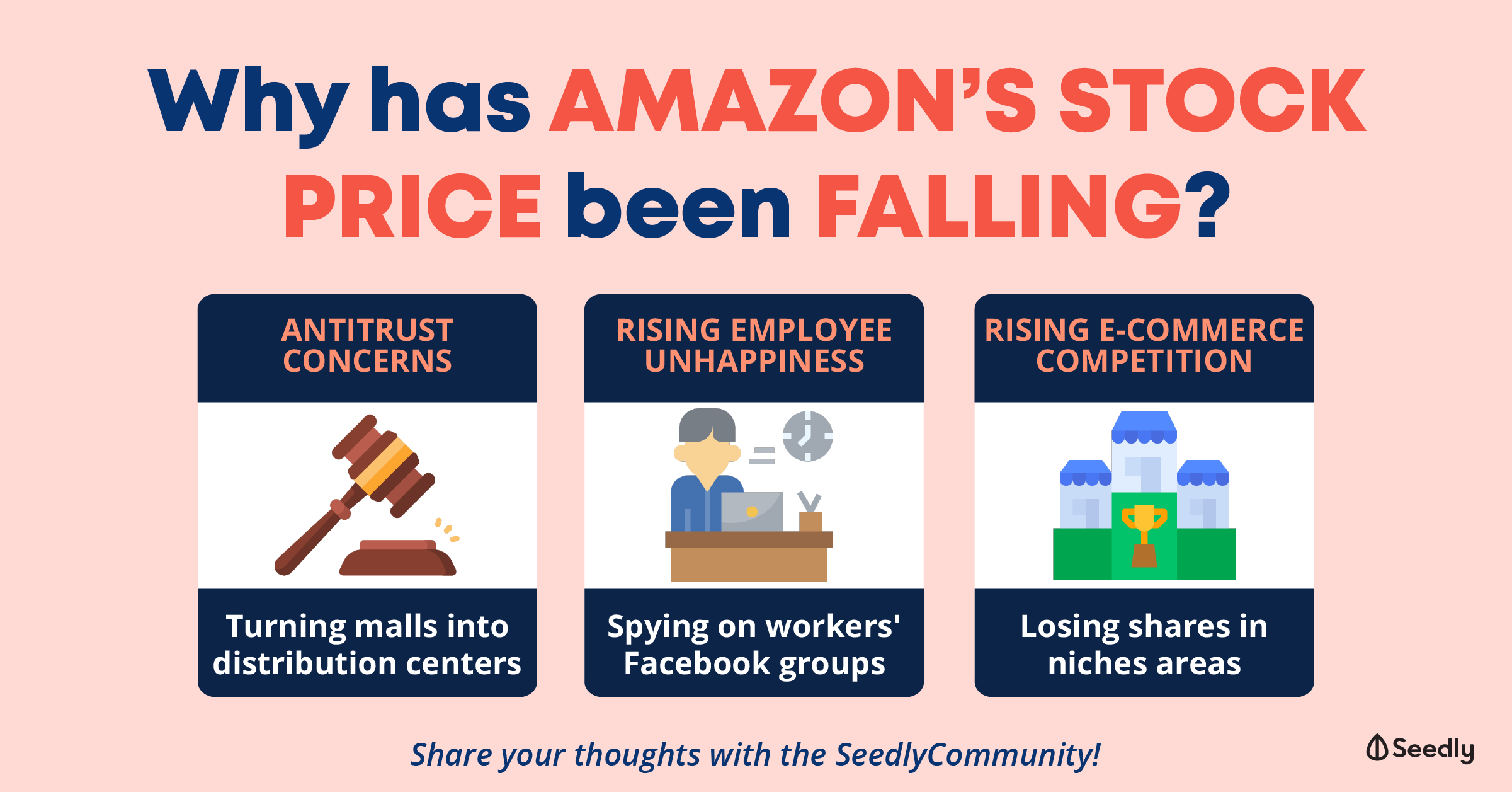 Amazon has been having increasingly tense relations with its employees. This was already prevalent during the battle for a $15/hour minimum wage in 2018.

Following the coronavirus, employees want much more. Back in April 2020, ex-employee Chris Smalls, who claims Amazon wrongly fired him, led a collective bargaining movement for employees.

Though this doesn’t seem to be a huge deal, in August 2020, 100 protestors led by Chris Smalls set up a guillotine outside of one of Bezos’ houses demanding he increase the minimum wage for his workers to $30 an hour, as well as provide adequate personal protective equipment and sanitation, give increased hazard pay and sick pay dating back to March 1. 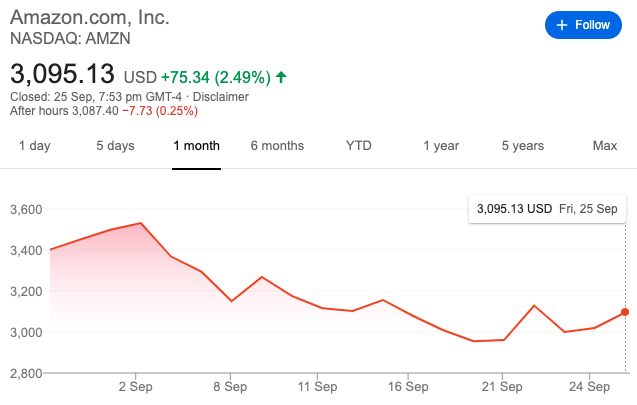 Additionally, in early September 2020, reporters exposed the fact that Amazon has reportedly been spying on workers' private Facebook groups and tracking their plans to 'strike or protest'. Hence, the tumble in stocks in September.

These posts are monitored by the "Advocacy Operations Social Listening Team," and even has a "Social Listening SOP." People on the listening team are supposed to "capture posts" written by Amazon Flex drivers, categorize and flag them for investigation.

Regardless, this paints a very poor view for Amazon, and which could irritate the public, draw hostile regulation from politicians and of course, not reflect well their stock prices.

Amazon has been a target for criticism by both political parties, Democratic politicians such as Bernie Sanders for paying insufficient wages, and republicans with the Trump Administration launching investigations into the big tech companies, including Amazon with Bezos accusing the Trump administration of advancing the president’s “personal vendetta”.

Furthermore, while the pandemic has accelerated Amazon’s market share gains, it has also led to criticism that the company is too powerful. And the latest move by Amazon in August 2020 which involves turning failing malls into distribution centers only reinforces this.

With Amazon having crushed many local towns and cities’ tax bases, this leads to more investigations into Amazon to force them to pay up for its past anti-competitive behavior.

On top of the antitrust front, Amazon is starting to lose share in many e-commerce niches which could be bad news in the broader AMZN stock outlook.

Large chunks of the total addressable market are disappearing as sites like Shopify and Etsy are enjoying historic growth this year.

All these news are not great for Amazon’s share price. With investors betting on Amazon remaining invincible regardless, any mishaps can cause the share price to slide.

Of course, Amazon is not going to sink anytime soon because of these factors.

Bezos could copy his peers at Apple and Tesla and issue a stock split to drive up the stock price. And the lingering effects of the pandemic may lead to a continuous strong season for Amazon.

But whether Amazon is able to solve these seemingly small issues, to prevent them from snowballing or triggering serious fundamentals could affect whether huge headwinds will soon slow down Amazon’s rise.

Here are more community opinions on the US stock market suffering one of its longest weekly losing streaks in a year and whether it is linked to the fall in tech stocks.

0
👍
4
Thank You!
Can you clarify
I wonder if
This is so helpful 👍
What about
Post

Not just Amazon, but tech stocks have been falling in the past month. Most are overvalued when benchmarking PE ratios with S&P500. Selling pressures surge as performance of tech stocks are too bullish and not relative to the current economic situation. Historically, September has been (not always) the worse performing month for US stocks.

Good time to pick up some stocks now if long-term investing forms part of your stategy, this decline is noise that you should be ignoring :) 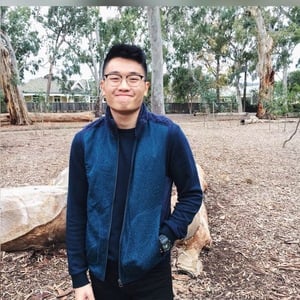 Most financial news media will try to find a reason for every price action, if you follow it I guarantee you will be lost and confused in a few months.

Bull-bear spread on AAII shot up and a lot of people turned bullish in a short span of time since the June sideways correction. I invite you to check it out and correlate it with the S&P500 yourself to see how accurate short term price actions is correlated to market sentiment, should you not believe.

Remember, market moves opposite to where most investors/Traders feel it’ll go. Taking a contrarian view is important. Many great investors have talked about this before.

Some books to read:

0
👍
1
Thank You!
Can you clarify
I wonder if
This is so helpful 👍
What about
Post

What are the reasons why people still buy individual stocks and not invest in the S&P500 even though there has been alot of praise on it?
Is anyone invested in K-pop record labels? Saw that Big Hit IPO-ed recently, but don't think they're rock solid since it's largely based on BTS, though BTS has been performing very well. Thoughts?
Was actually looking at the DBS share price across five years... It's actually been on a downtrend. Why then are so many people still trusting/investing in DBS?
Started learning about stocks and the STI ETF has been highly recommended online. However, it hasnt looked like it has been growing based on stock charts, can someone explain why?
Why is no one bullish on SEA Ltd, the parent company of Garena and Shopee? The stock has been on the rise the past 3 months. Any thoughts?