When is it too early to buy insurance? How do you know if you're buying too much too early? - Seedly

When is it too early to buy insurance? How do you know if you're buying too much too early?

Currently my parents are planning to get CI coverage for my siblings (23 male and 16 female) because they want to lock in the premiums at their age while still young and healthy. But how do we determine how much is excessive or how much coverage is sufficient? The 5x yearly income guideline doesnt apply since they are both not working. 16 (F) still in sec school and 23 (M) job hunting (diploma holder).

Father sole bread winner so I am wary of excessive expense.

It is never too early to buy insurance. Buying early locks in insurability. That is why parents get their child covered within 2 weeks of birth for hospitalization, etc. I've seen female clients at the age of 21 who are no longer insurable due to diagnosis of SLE (a covered CI) at such an age. Her dad has money to pay, but she no longer has the health to buy anything, and has to fall back on a smaller policy bought when she was born (covering $50K, but that's barely enough)

However, I do agree that premiums will be a key consideration, especially if your father is a sole breadwinner. If your dad is paying, ensure that he doesn't exceed 15% of his income in total for the premiums for the entire family. He should also be insured since his earning capacity is what keeps the family going. Alternatively, he can buy a smaller sum assured first, and your siblings can top up later when they have a full time job. Having some form of coverage is better than none.

In general, I would use a guideline of 5 years of expenses (not income) and an additional sum for out of pocket expenses. Thus, regardless of their expected income, their average expenses when they start working can still be estimated, and the out of pocket sum can be decided by clients. This allows the coverage amount, such as the basic sum assured and the multiplier to boost their cover during working years, to be determined. So if a $100K x 2 coverage policy is too expensive, a $50K x 4 policy will be cheaper and still functionally the same.

Parents buy life insurance for their babies the moment they're 2 weeks old so there really isn't too early. There's only too late.

You don't buy insurance with money, you buy it with health, you just pay with money.

So locking in health first and premiums second is the reason why a parent should consider purchasing a policy for their child.

And like you mentioned, 5 X Annual Income isn't applicable, correct, but we can estimate their initial earnings in the near future.

So getting 150-200k in critical illness cover would be a good starting point. Your siblings can get more by themselves in the future. 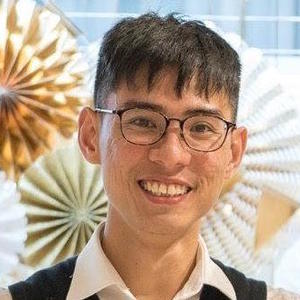 I don't think it's ever early to buy insurance. I believe that the trend nowadays is once we are born, our parents would have most likely purchase some form of insurance for us, be it an endowment policy, a whole life plan and a hospitalisation plan.

In regards to how much coverage for now, I think as it's more for your siblings themselves, I think 150 - 200k should be a safe gauge. You could consider looking at policies with a multplier effect up to a certain age as that might be more affordable then getting straight up coverage of 150 - 200k. 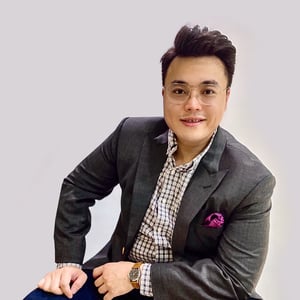 If it is their intention to lock in a critical illness plan to ensure that they can be covered without excessive premiums, you would be able to get close to $200,000 in coverage with a term renewal plan.

There are a few factors to consider:

I often view this problem as a "guarantee cover now at what you can afford" problem.

In order of priority:

The best date to buy any type of insurance policy is always one day before the condition arise. This is because we will pay the least amount of money for the most amount of insurance payout. In truth, there is no way we could determine our health no matter how much effort we put into it.

With this in mind, the best time to look into insursance coverage is when we are young (cheaper premium), and healthy (full coverage with no exclusion).

To determine how much coverage is required, the general rule will be 5x annual income for critical illness coverage. While doing so, we should not follow the rule blindly. Instead, plan with the future in mind, e.g. for the next 5 to 10 years. Thereafter, understand your cashflow, and potential liabilities.

Through comprehensive financial planning, we will be able to determine the right amount of insurance coverage for your siblings without overspending on insurance itself. Through this process, it ensures long-term affordability for both your father and your siblings.

If you buy your ETF from DBS/POSB itself, when there are dividends given out, where is it deposited to? Do you have to still create a CDP account? ?
How do you determine how much you set aside per month for savings? My girlfriend loves to shop, and I don't have much savings myself. How do I know how much is "enough"?
My dad passed me $50k to buy a single stock on his behalf based on a tip from his friend who works in that company. How do I know if it is considered to be insider trading? Will I be investigated?
I know that I shouldn't spend recklessly, and should stop buying so much useless things. How do I stop this, if shopping is something that helps me to relieve stress?
How did you manage to deposit $130000? Did you do it in one lump sum or over time. If so over how much a span of time and how often do you top up?