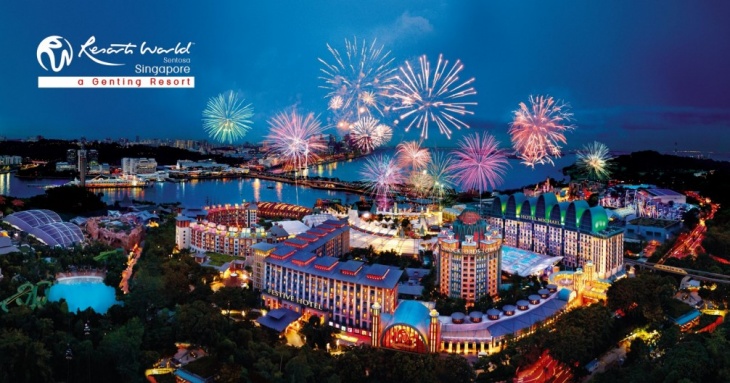 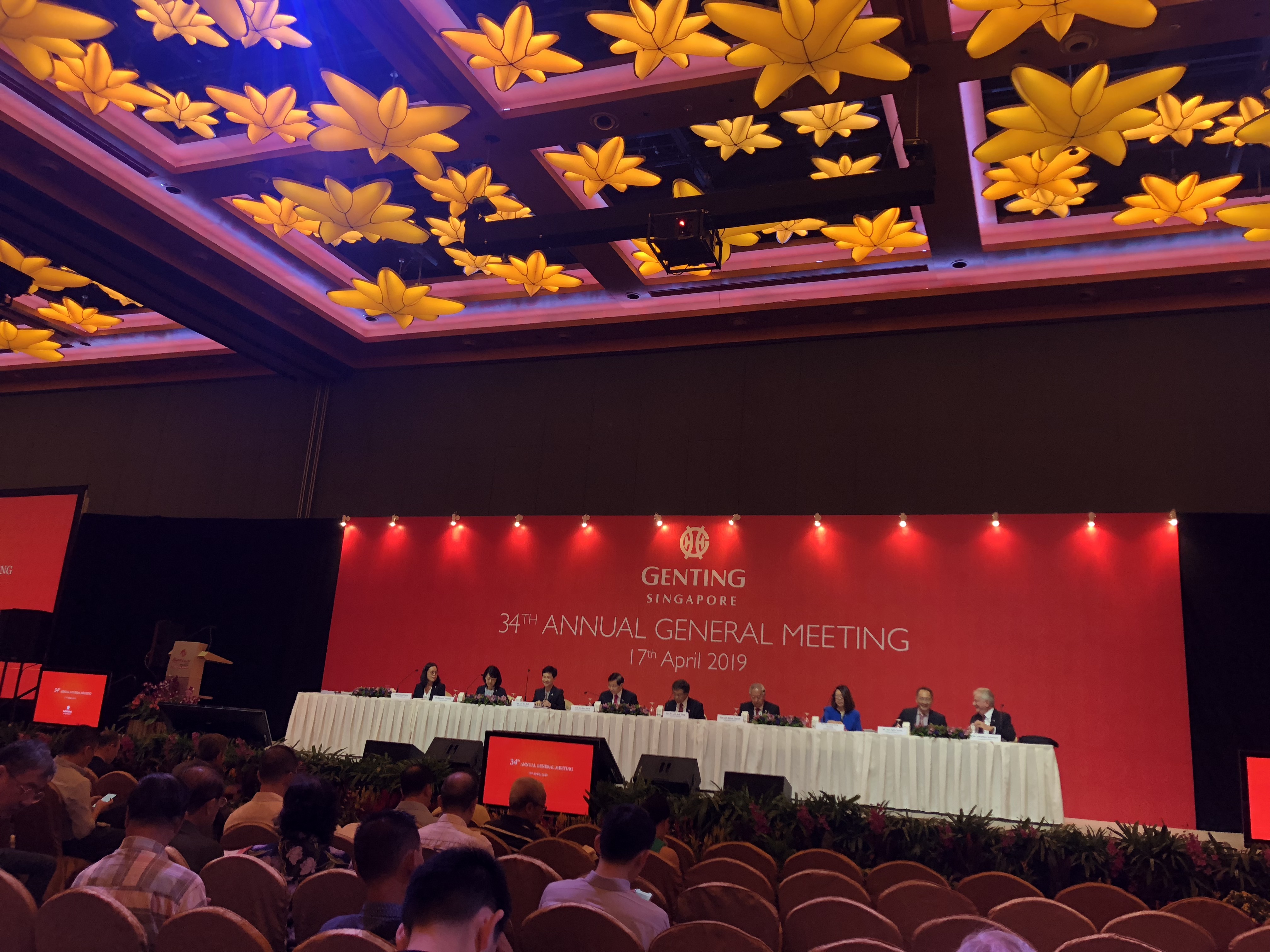 Unlike most other AGMs, this AGM was actually held in a resort! (RWS) This definitely made the experience much more interesting. However, they didn't serve breakfast buffet, unlike other AGMs, but did they give $12 RWS voucher to every attendee which was quite nice. Again, much of the crowd were retirees and old folks, but the atmosphere seemed much more relax here. 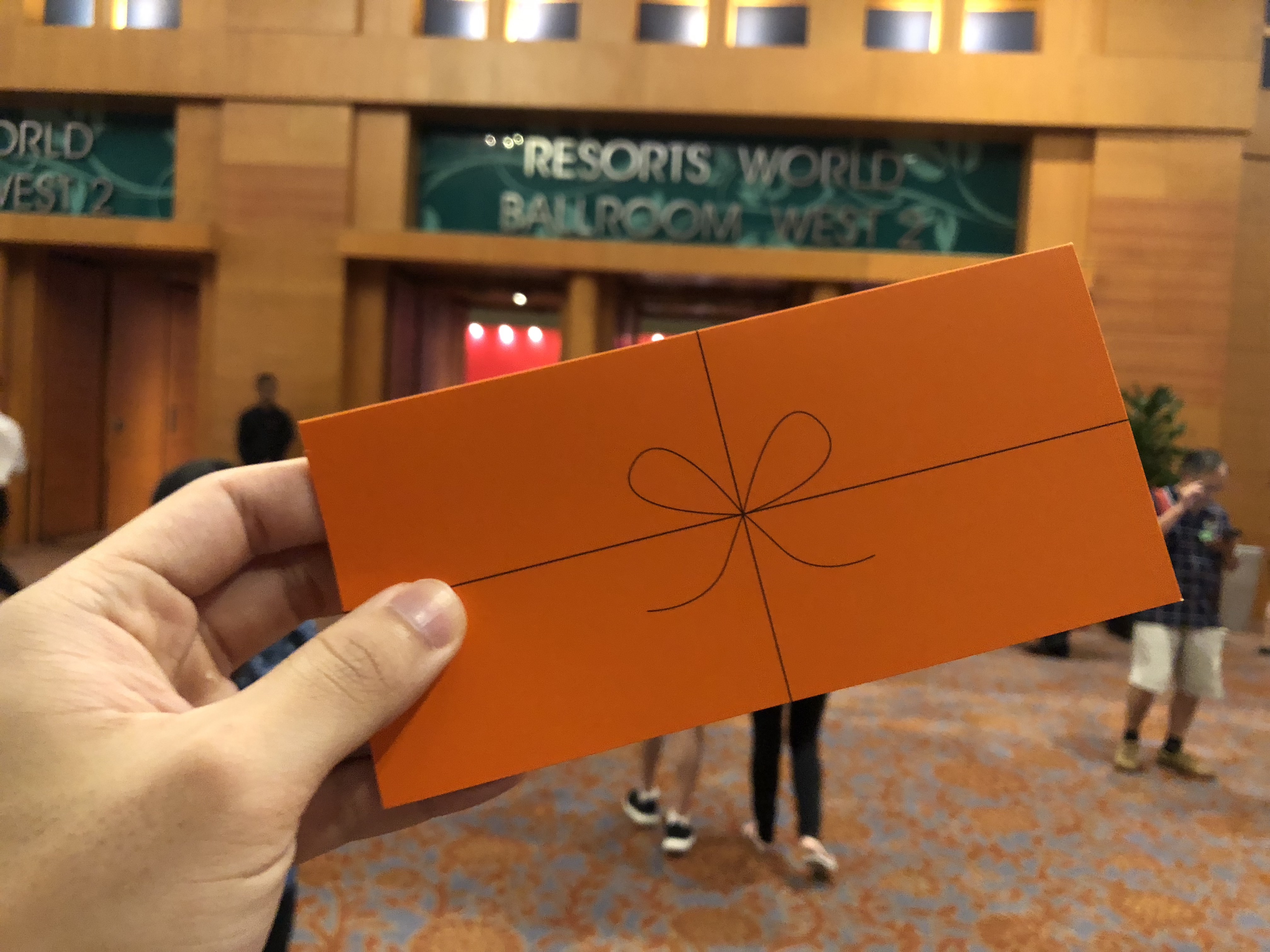 Most of us are familair with Resorts World Singapore (RWS), one of the largest integrated resorts in this region. Apart from Universal Studios and the casino. F&B outlets, retail and hotels are all part of the business model. Since 2010, RWS has garnered a lot of media attention since their opening.

What do the Financial FIgures tell us? 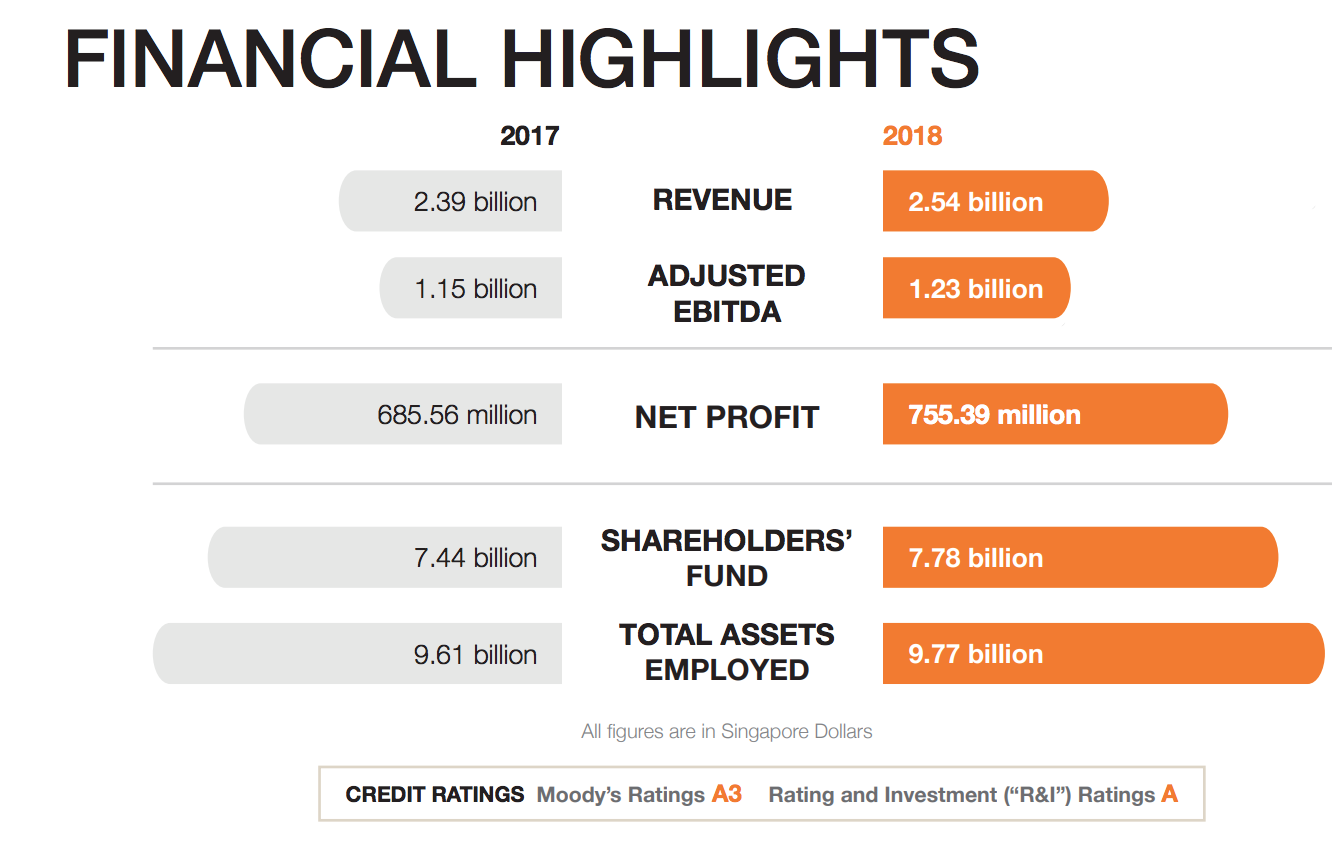 Revenue has been on an upward trend since 2016, but FY18 revenue is still lower than their initial highs when they just opened. Gaming contributed up to 64% of total revenue, while for non-gaming sector, attractions garnered 17.5% of total revenue. Apart from generating greater revenue, gaming also is more profitable, as the Chairmain had explained.

I believe this is so, because attractions such as USS are capital intensive which requires high operating expenditures and upkeep. Additionally, the contribution margin for each gambler is higher. This is because the revenue generated per gambler is much higher than the relative cost to service him, as compared to a tourist at USS. I would also expect that each gaming revenue per customer is much higher than the non-gaming revenue per customer. As the saying goes, the house always wins.

Genting Singapore has a very strong short term liquidity position, with a current ratio of more than 5 and a cash ratio of almost 5 as well. The large base of current assets comprises mainly of 93% cash. This large amount of cash will be used to repay existing debt that the company carries now, which means that the company will be debt-free soon. This low levereage position is testatment to how the company has generated enough cashflows and manged it's debt position well.

Moving forward, the company would seek to take on new debt to service RWS 2.0. Furthermore, debt may be taken on in Japan to buil a potential theme park there. CEO Tan Hee Teck mentioned that debt there is very cheap, with interest rates below 1%. This seems to paint the picture that the firm's debt position should be in a healthy state over their expansionary process as well.

Cashflow from operating activities seem quite healthy at more than 1bn for FY18. This can be attributed to the high volume of customers that they serve, as well as strong profitability margins. However, working capital conditions had worsened in FY18 due to increase in receivables.

Capital expenditures are 10% of cashflow from operating activities, and 5% of revenue. This seems to suggest that operating cashflows have been more than sufficient to allow whatever capital expenditure needed over the past few years.

Also, topline growth has not been attributed to acquisitions as well, which is different from quite a number of other companies within the STI. I'm not surprised by this margin though, since most capital expenditures occured during during the building of RWS itself. Whatever capex exercised over the years were probably related to improvements of certain attractions and were not major.

Their estimated Free Cashflow (FCF) is roughly 1m (operating cashflow minus capex), with a high FCF margin of almost 40%. This strong cashflow position has also allowed it to have a dividend payout ratio of more than 50%.

What did management say about future development? 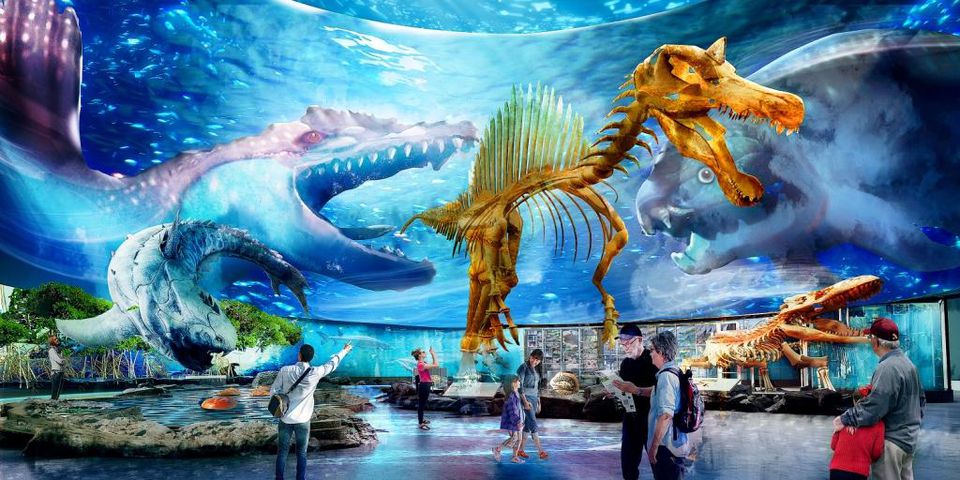 This was certainly the elephant in the room, with the recent annoucements of $4.5bn of investments into RWS to transform it further to attract even more tourists. This expenditure would include 50% of additional space which is 164,000 square metres. CEO Mr Tan cited that this would be the size of another Vivocity in RWS. The developments would be completed by 2025, and will include two new hotels as well. Nintendo World, a Minions Park _(one of the best IPs as argued by the CEO) and the largest oceanarium in the world will be developed too.

The Chairmain mentioned that there was a need to grow and evolve, or else others would view RWS as outmoded. There will also be synergies within the developments. For example, 1100 more hotel rooms will likely attract more gamblers and vice-versa (since hotel room capacity is already around 90%).

I agree that such developments are actually neccessary. In fact, the firm's revenue experienced a decrease since 2013, most probably because of the hype dying down after a few years of operations. Unlike other businesses, theme park attractions would not really encourage repeated visits by tourists once they have experienced it. This means that the potential for revenue growth and sustainability will decrease over time as more people have visited the attractions, unless there are new developments to draw them back.

Interesting Questions Asked During the AGM 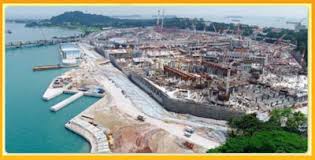 Management argued that there will be minimal disruption, since most of the consutrction will be well-compartmentalised and that the land where such construction is held is not currently economically productive.

I'm rather skeptical about such statements, since attractions such as the Minion Park, Oceanarium and the hotels are quite close to the other attractions of RWS. Since the space within RWS is already quite tight, I can't imagine how such major construction works won't be disruptive.

Why can't more of the $4.5bn budget be spent on gaming? 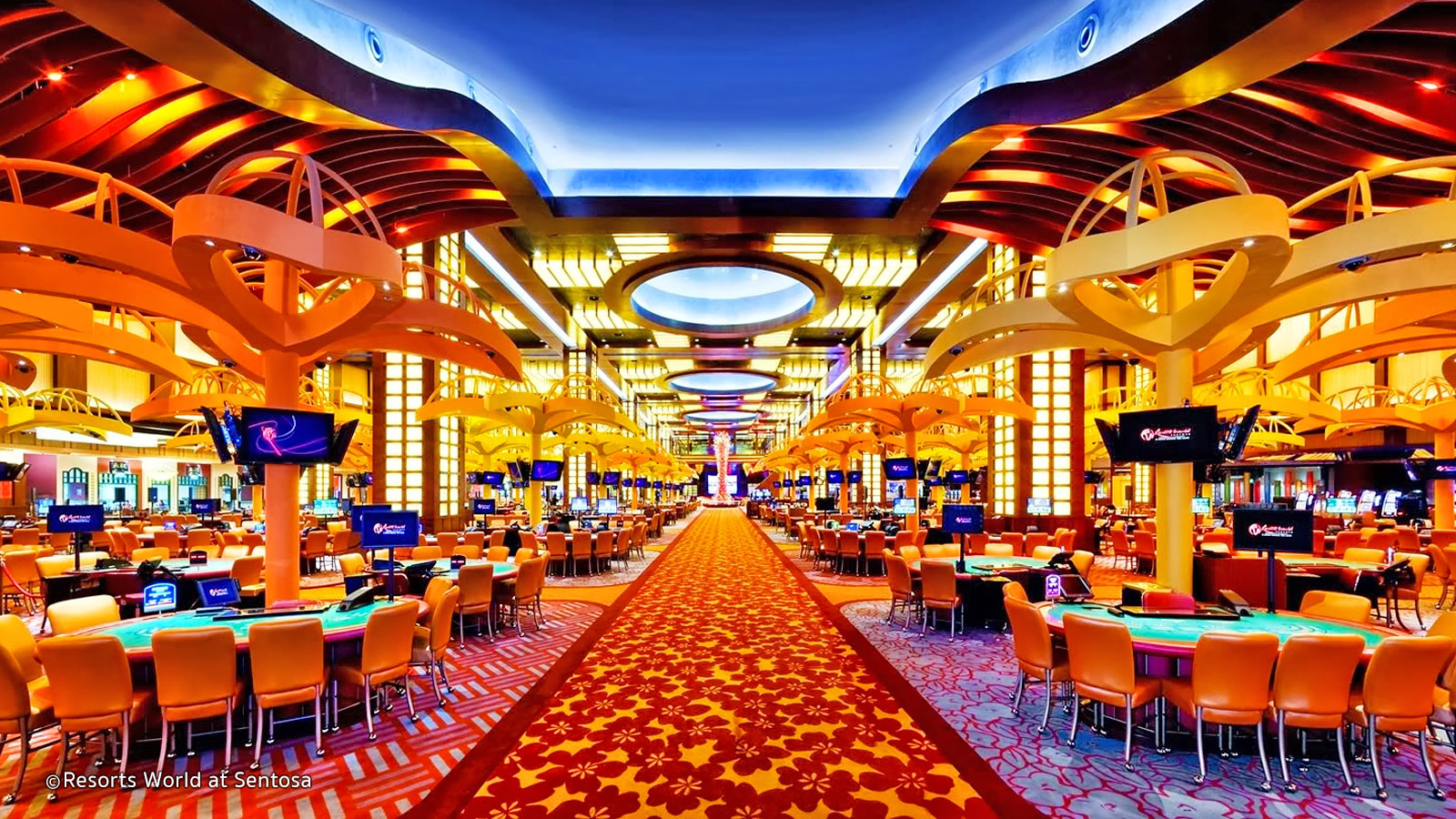 As mentioned, with higher revenue contributions and margins from the gaming business, it makes sense to expand that segment. However, the Chairman explained that there is a global slowdown of the gaming industry. He cited that even Las Vegas have been focusing on non-gaming revenue as well.

Their strategy would thus be to grow the non-gaming segments through volume as well. To them, EBITDA margins should not fall so much since there would be greater Economies of Scale which would reduce the costs of serving each customer. He also mentioned that he does not want RWS to compete head-on with MBS on the gaming sector, but wishes to differentiate it.

For the last twelve months, the shares of Genting Singapore have actually performed worse than the STI, with a negative return of almost 20%. The reason for such a drop over the past few months, were due to the expansion of the IRs and the increase in entry taxes. With a 52 week high of $1.32, the current share price is trading at 71% of this figure. However, over the past 5 years, share prices of Genting Singapore have only fallen. They did have a good rally at the start of 2016, which peaked at at the start of last year. This is probably for the 2 year end results reported. As a whole, the company has had falling revenue and earnings probably due to the loss of novelty factor.

Genting Singapore just posted its 2020 first-half results yesterday. I thought it would be interesting to watch this company given the travel curbs brought about by the COVID-19 pandemic. Here are some highlights from the latest earnings:

With the continued travel curbs and the pandemic still raging in many parts of the globe, it looks like it will take some time before we return to a pre-COVID-19 world.

Genting said that the "medium term outlook for the entire travel environment remains significantly challenged" and that "air travel in Asia is only expected to reach 50% of pre Covid-19 levels by June 2021".

Investors who are looking to invest in this company have to be mindful of this medium-term risk. ​​​

Genting Singapore has seen casino revenues shrink over the years BUT non-gaming segment revenue had ...