Any tips for me to try and bid for Scoot BIZ and get an upgrade? - Seedly

Any tips for me to try and bid for Scoot BIZ and get an upgrade?

I am about to fly off to a trip I booked via Scoot sometime back and received an email that I can actually fly via business class, wondering anyone has done this successfully before and how much did you bid for your Scoot BIZ ticket? Thanks and appreciate in advance!

I bid once for an upgrade at the lowest end of the scale just for the fun of it and got upgraded. I won't say it's exactly worth my money (BKK to SG is not very far) but I did get luggage allowance, priority boarding and a hot meal, plus the seat was akin to premium economy on most full service carriers, so I hope that gives you an idea of what to expect.

I would say you can just vote at the lowest end of the scale, and hopefully you'll get it. The airline is probably trying to monetize vacant seats as it doesn't see a possibility of selling it prior to departure, so any money gained from the upgrade will be their bottom line.

Hey! I’ve actually written about this recently on a full blog post. :) 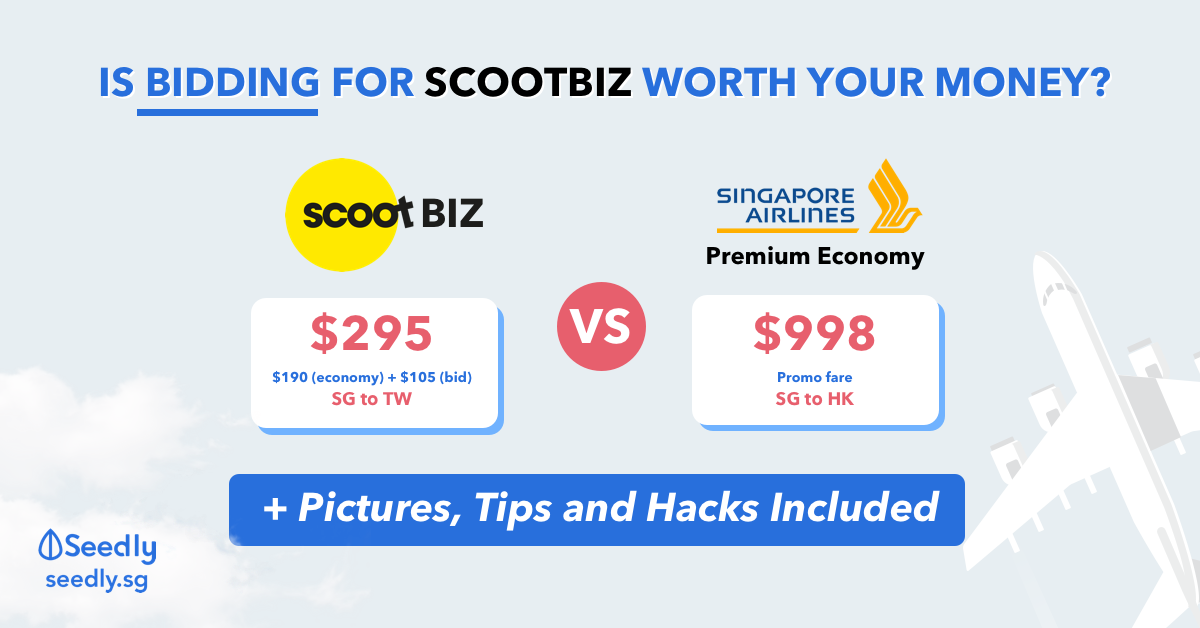 Here are some tips and hacks:

Got an email to upgrade to Krisflyer Ascend, seems to promise 49,500 miles for annual fee of $337. Any catch to this and should I upgrade?
Netlink - worth to buy now? Have been monitoring Netlink since mid of March. Didnt manage to get any when the price was at $0.800. It went up to $0.845 and finally dropped to $0.825 now. Wondering it is a good time for me to enter now?
I received an sms to update my account for banking purposes but I'm not sure how to. Any advice on the best and fastest way I can get help from the bank to do this?
I’m in the insurance industry for 3 months now going 4. My future seems bleak, sales is bad, no one willing to give me an opportunity, there’s no team support and low morale. Any advice to be better?
Since Lyft's IPO is oversubscribed, does it mean I have no opportunity to get any stock if I try to bid for the IPO stock now? How does that work?