I have currently paid one year premium for my China TaiPing i-Secure WL plan (Death/TPD: $300k, ECI: $150k; 3x multiplier till age 70; 20 years premium term). Initially was planning to surrender the plan at a later stage of life to at least get back the premiums I paid, if healthy. I may also now need to top up with a separate plan for higher coverage because I have recently BTO and would need to start paying off loan of $600k in few years' time.

So I am now considering if I should terminate the existing WL and opt for AVIVA MyProtector Term Plan II (up to age 70) in view of its lower premium, higher coverage and multi-pay features instead?

Would it be wise for the switch - as I could also potentially be investing one day? But I am totally clueless about investment now so would consider myself to be risk-averse, though I would want to learn it soon.

I am also concern about the followings:
1. My existing WL plan is using the CI definition version 2014, while a switch would mean that it would be of the newer definition. Will this be not recommended?
2. Is it also true that China TaiPing i-Secure has the most comprehensive list of CI covered in the market currently? While AVIVA termplan II may lose out in this aspect?
3. Although Term coverage is more affordable, I am actually still paying a lot more (premium term of 40+ years vs current limited pay 20 years)?

First, let's examine what you have. The China Taiping Whole Life plan is meant for whole of life protection for CI, with a boost to your coverage before age 70 provided via the 3x multiplier to provide more cover when you are working and have a need to protect your active income. Thus, the plan is meant to kept for your whole life, it is not meant to be surrendered. Yes, there is a cash value that builds over time, but that cash value is not meant to be regarded as a form of 'forced savings', rather, it provides for a payout on top of the $100K sum assured after age 70, in order to hedge the value of a payout after age 70 against inflation. Thus, please don't surrender the plan as that would defeat the purpose.

Secondly, with regards to your BTO, yes, you do need to cover the mortgage of $600K, but the mortgage does not last forever, you probably took a 25 year loan from either the bank or HDB. You can thus use a term plan to cheaply and effectively cover the outstanding loan. Examples of term plans include HPS (payable by CPF, tied to your current mortgage, coverage value decreases in tandem with your loan), or a personal term plan such as the MyProtector plan you mentioned, which provides a level coverage and can be used again in future to protect a newer mortgage if you change property (my personal preference).

Your need to get a term plan to cover liabilities is based on your situation of getting a BTO as described, and I don't see any need for you to get additional coverage in terms of CI unless your expenses have changed drastically since last year, or you personally wish to get a multipay plan and have the budget for it.

To answer your points as well:

In short, get CI coverage because you need it (which you already have done), and unless there is a major change in your lifestyle, what you have should be enough for now. The changes in definition are positive in some aspects and negative in others, but as a whole, does not have a major impact for most consumers. Also, if you have developed some health condition in the past year, then it is recommended to stay with your current set up (but this is probably unlikely). Early and intermediate CI defintions are insurer specifc.

i-Secure is currently off market. Even Aviva's MyProtector Term Plan II with the CI and ECI riders cover the same number of conditions as their whole life plan (131 conditions over 59 CIs). They do have benign and borderline malignant tumour benefits, and an expanded scope of special benefits (16 compared to Taiping's 12). At a minimum, I would say that in choosing an ECI plan, you will want to be covered for early, intermediate and late CI for at least the standard list of CIs from LIA, any more is a bonus. Insurer A with 125 covered conditions over 55 CIs (including early, intermediate, late for all standard CIs) is clearly going to have a more comprehensive coverage than insurer B that only covers 101 conditions over 39 CIs (without all early, intermediate, late stage for the standard CIs). A and B are both insurers in Singapore, but I will not reveal their names.

But that's not the reason you should be looking at. What is important is the purpose of getting the plans; if you needed CI/ECI coverage, then get it. If you are debating between two similarly priced plans, then the one with more benefits/covered conditions.etc is likely what you are going to go for. In this aspect, both Aviva and Taiping have very competitive whole life plans. Neither is a bad choice; what is a bad choice is to choose not to protect yourself when you still have the health to do so.

In conclusion, I'd say keep the Taiping plan, it's probably one of the most comprehensive plans I've seen in the market in the past 2-3 years. What you need to address now is your newly purchased BTO (congratulations by the way!) and its impending $600K loan, which can be addressed with a term plan. 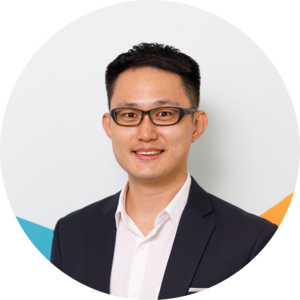 It may sound a tad cliche but it really isn't a straightforward yes or no answer in your situation. We first need to determine what was your objective when getting the whole life plan in the first place. Was it to protect against a a temporary need (i.e. income loss) or permanent need (i.e. medical expenses not covered by health insurance). That will guide your decision to whether term plan or whole life plan is more suitable for your need.

In view of your medium to long term plans with BTO and investments may I suggest for you to do a comprehensive financial plan for greater clarity in your current resources and what is needed for you to achieve your goals.

If I may share "Buy as much insurance as you need, but spend as little as possible on premiums" Insurance is an expense. It is a contingency tool in case your financial plans fail due to death, disability, or major illness. 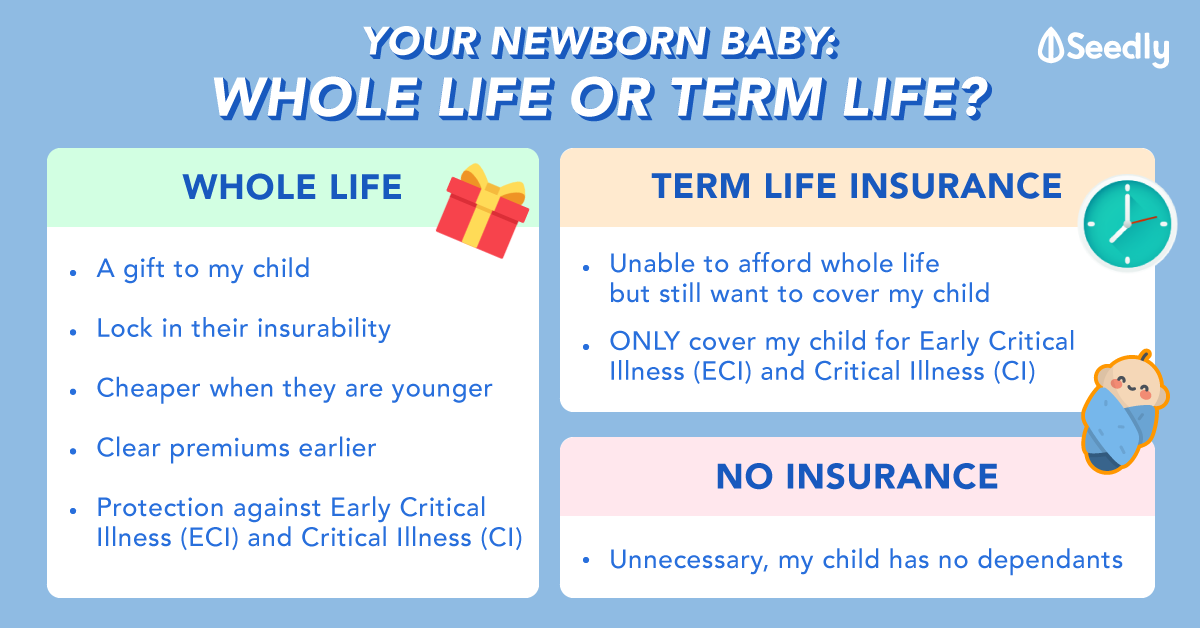 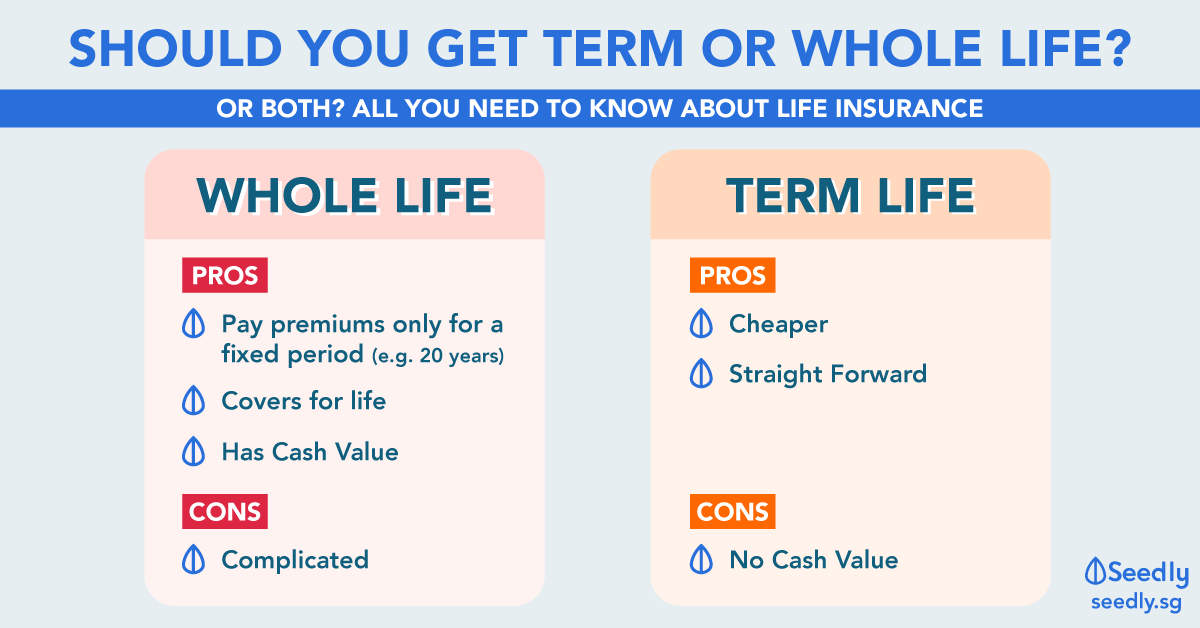 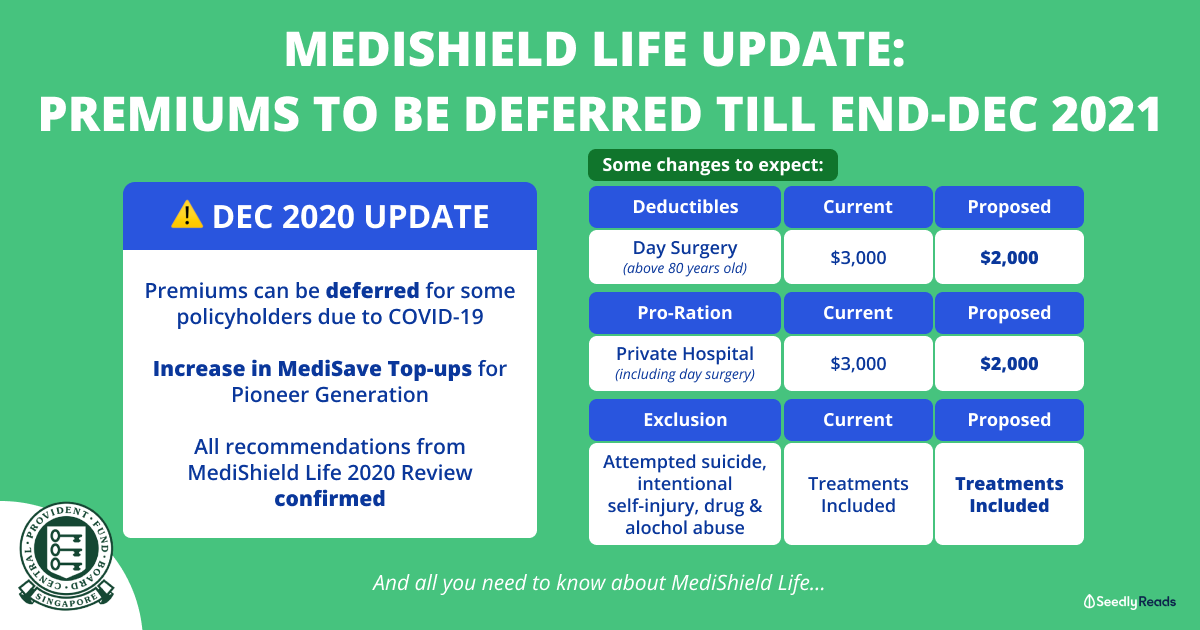 Health Insurance
Medishield Life: Premiums To Be Deferred for Some Policyholders Till … 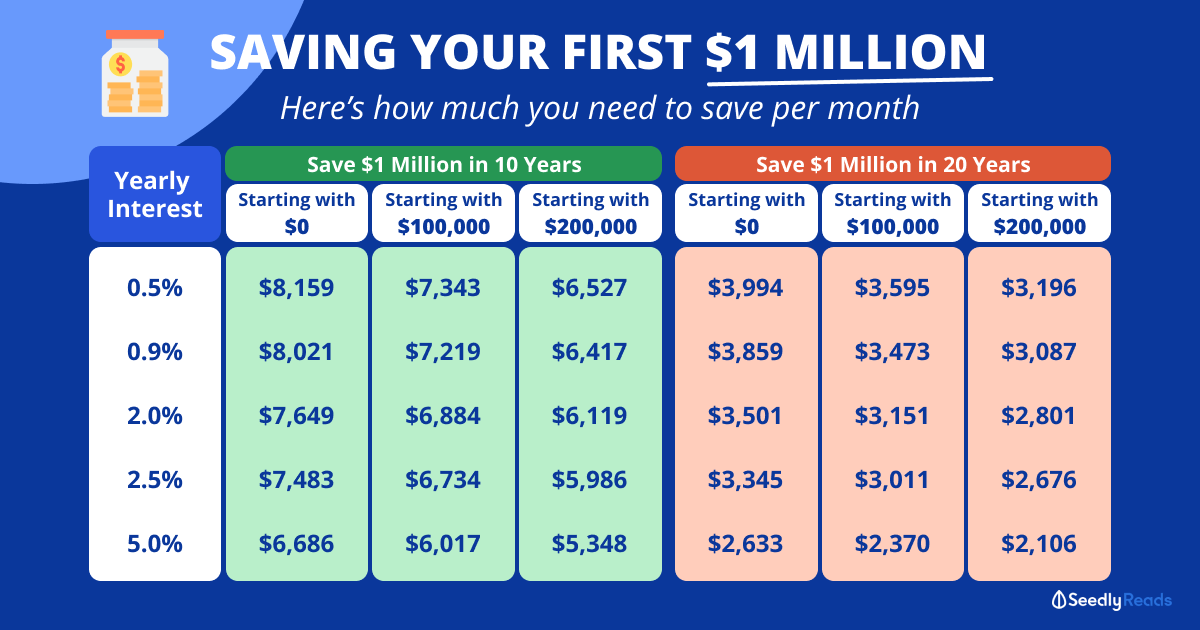 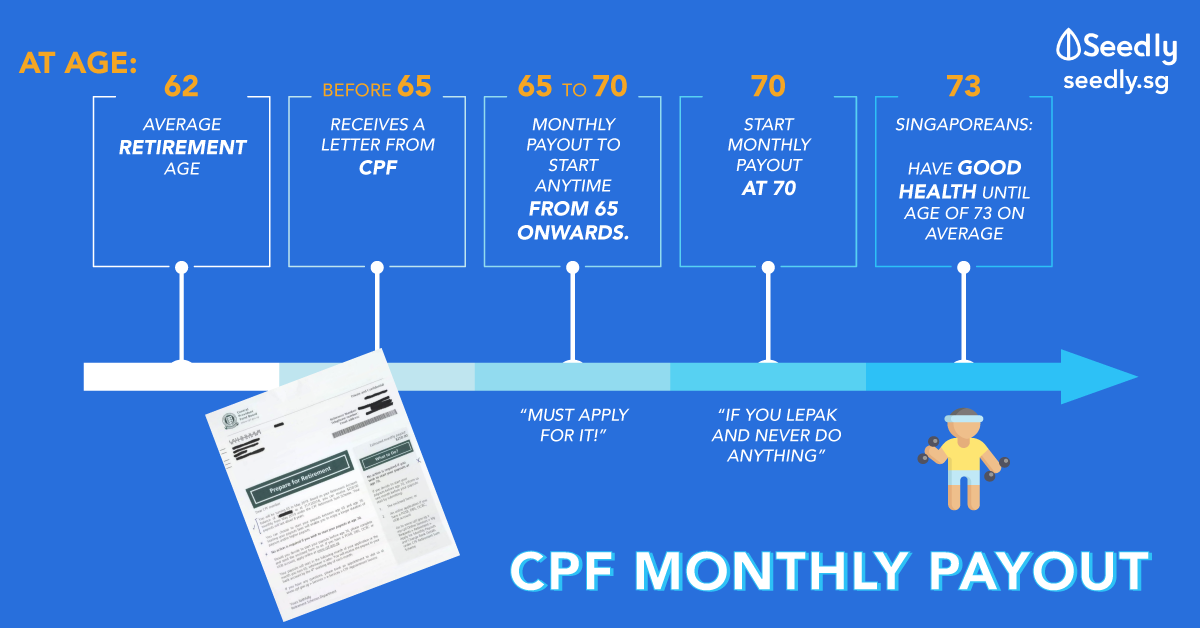 CPF
CPF Monthly Payouts Default At Age 70: What Could Have Been Done Bett… 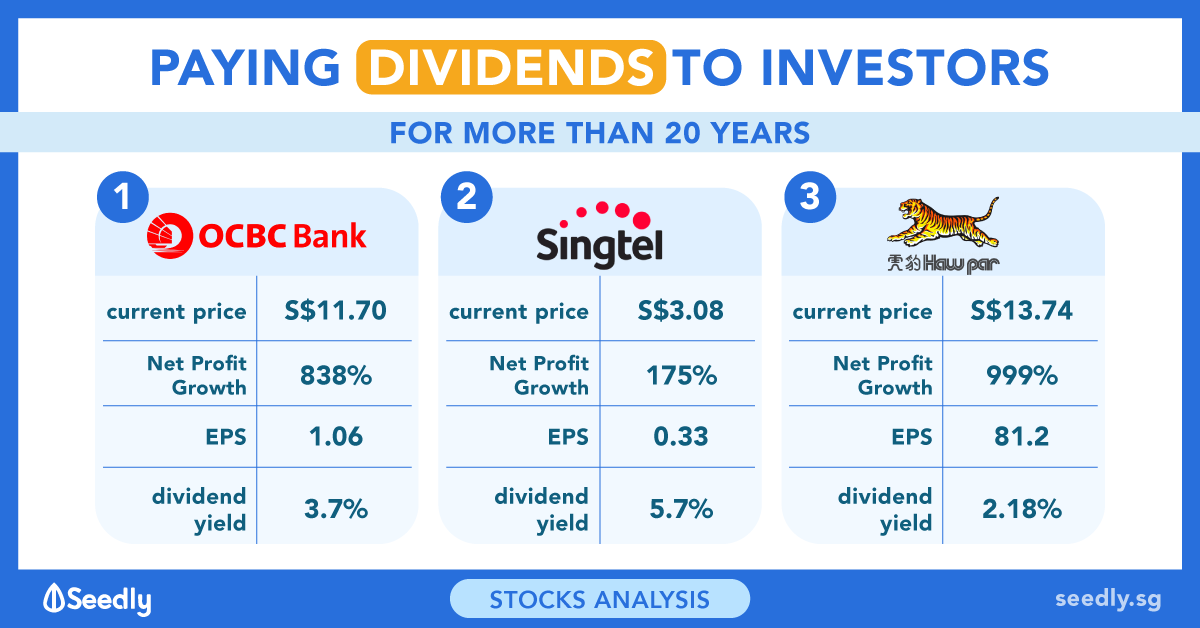 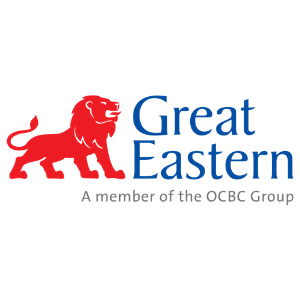 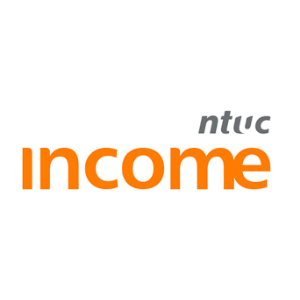 I bought a whole life policy about 20 years ago that requires premiums to be paid till age 85. Should I switch to a term or limited pay whole life policy to reduce financial burden in old age?
Should I buy a whole life plan 25 years term from an agent around your age or an agent whose age is 20 years more than yours?
An agent recommended me Whole Life insurance multiplier with a premium term of 20 years. Can I treat this as a way to save my monthly income for the surrender value at the end of the policy's life?
What are some 15 years limited pay whole life insurance with early critical illness coverage till 70 years old for about 150k coverage with multiplier?
Hi, im now 20 years old, waiting to enlist. I am considering aviva term life (500k) + multipay CI (150k) till 65 years old, cost $1250. Do you think is worth it or necessary for my age? Any suggestion?