Would you vote Biden or Trump? No hate here please just curious to know!? - Seedly

Would you vote Biden or Trump? No hate here please just curious to know!?

I would vote for the latter because of his market-friendly policies. One of Biden's administration policies was to increase corporate taxes and introduce wealth tax on the rich. The market wouldn't take that very positively. Nevertheless, data showed that no matter Red/Blue elected, the market seems to go up, except Bush's term in recent decades due to 9/11 and the invasion of Iraq.

There are certainly trade-offs between equity and efficiency in both administrations, but for markets reason alone, I would still vote for Trump haha... these are just my thoughts. 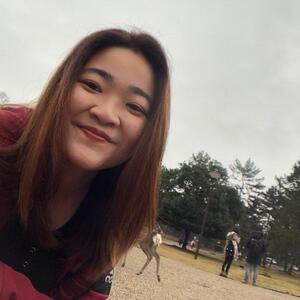 Biden for sure. Not saying he is the best, but he is definitely better than who Trump is and what his administration has done over the past 4 years.

Impact on the stock market and economy aside, just by looking at the way Trump has handled the COVID19 pandemic is a true shame. We won't know whether Biden will do a good job in handling it but having a change is better than sticking to what Trump has been doing the past 8 months. I believe the US and the world deserves better leadership during such tough times.

I might be Biden biased but Trump has little to no concrete plans for every other aspect such as Climate Change and the handling of racial discrimination in the country. Whether we like it or not, climate change will impact us in one way or another. The next US president will have to act fast and according to Biden's plans, he intends to rejoin the Paris Agreement, which is a good step.

Personally, I just can't stand having a president that has no sympathy for its people, no intention for unity of it people across different races, who hides in his bunker when the racial protests broke out, and even removing citizen's own rights to healthcare and education. I believe we are more than ready for Trump to step down as President.​​​

0
👍
2
Thank You!
Can you clarify
I wonder if
This is so helpful 👍
What about
Post
JT

Biden. Yes, Trump is more "market-friendly". The stock market is doing well. The economy? Not so much. Lets just talk pre-pandemic. Sure, unemployment had gone down but the quality of jobs were horrible. Low-paying, and low-benefits. The number of Americans living paycheck to paycheck was insanely high. Many even had to hold a second job just to make ends meet.

In the long-term, economy-friendly policies such as the redistribution of wealth and investment into infrastructure, education and healthcare will be much better for the market than short-sighted market-focused policies like tax cuts for the ultra wealthy. You take care of your citizens' needs, and more of them are able to work and spend to stimulate the economy.

Of course, there's the other stuff like his sexism, racism and the downplaying of the virus leading to people not taking it seriously, exacerbating the spread and causing the death 200k Americans _so far _but this is a money-focused forum, right? 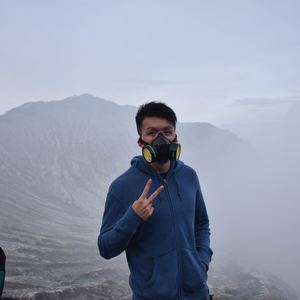 I feel that the citizens need to tread lightly when it comes to voting based on policy promises (eg. Biden pro-green energy vs Trump oil-gas). As we know, talk is cheap. Besides considering the policies, vote based on the character. Whoever wins can just as easily dial down on their respective stance and purported promises after winning the election. Trump doesn't have the best record of keeping to his word so if hypothetically speaking, if it came down to the bullet, I'd take my chances with Biden.

Which ever president that keeps them alive longer in the pandemic, and Donald Trump isn't doing that very well.

How does he get support when he's killing his allies and people by asking them to go out, not be afraid of covid, and not wear masks?

0
👍
1
Thank You!
Can you clarify
I wonder if
This is so helpful 👍
What about
Post
AR

I’m not a political person, but doing forex trading and looking at market news, I would say Trump did a phenomenal job as a president, and still is. Unfortunately, he’s not “the chosen one“ by the filthy rich guys behind the scenes (Hillary and Joe are, it’s really obvious if you read in between the lines of some of their undelivered promises).

Biden couldn’t even hold his ground on the debate, and just beating about the bush not answering questions. Trump never backs away from any form of interview or discussion, whereas Biden talks about stuff without substantial leads or points, even speaking like he’s got dementia at times. He even told US veterans “clap for that you stupid b****ards.” Go search for that on YouTube. I mean I could go on and on, but overall, Trump has to win or we will see socialism with a jumpstart if Biden wins. Period.

Chill, pal...what exactly is so naive? John, you don’t have to push your opinion on my post, just be constructive with your statements or questions...I believe we are all mature adults here, not kids. Cheers.
AR
Alexander Romeo

I like your way of thinking, takingstock, nice...I do have my sources, NYPost, Epoch Times, Fox Business, Gallup, Zero Hedge, etc., and it’s a huge rabbit hole...but I respect your constructive opinion, cheers.
Thank You!
Can you clarify
I wonder if
This is so helpful 👍
What about
Post

I would vote for the one that makes significant changes to the United States general landscape, to make the citizens feel that they are not being shortchanged.

Also, do not forget the state of ObamaCare medical plan and it's existence.

What are your thoughts about the final presidential debate that Trump and Biden had? Curious to also find out what you think about Biden, are you just supporting him because you dislike Trump?
Assuming money isn't a problem, would you change your looks to get more people to like you, or simply just to look better?
I have just come to know about Robo Advisors. Would like to ask if Robo Advisors or Financial Advisors would be a better choice?
Any active traders out there? Just curious as to what setup you guys use- desktop with 2 monitors? Any specs or models to recommend and what do you usually open and track on each one?
The Government is slowly reintroducing travelling again. I feel that it's still unsafe to travel. Just wondering if you'd start travelling once we're able to or would you wait it out for a bit?