What is the difference between IPO and ICO, and why do companies pick one over the other? - Seedly

What is the difference between IPO and ICO, and why do companies pick one over the other?

Which one is considered safer?

I love this topic. Being in crypto space for years, this is something i can share.

ICO is inital coin offering and this is very very different from IPO. ICO are mostly classified as utility tokens. What this mean is that by buying ICO, you does not entitled to any rights or shares of the company. It is just like buying vouchers from Sheng Siong or Capitaland mall, so that you can use these for purely purchases. In holding these tokens, you do not benefit from the share holders, so you would not receive any dividend. However, as the tokens does not pegged to any fixed value, it is prone to demand and supply. So the price of the tokens can x100 or x0.01. But at this point of time, there isnt real demand for most ICO as the company did not even have their own mainnet up or they yet to fully develop the protocol/ecosystem to utilize the token. I can go on a lot more to break down which tokens/coins have specialised function/exosystem that has huge potential but all these are projected values which is extremely high risk with mostly no logic/sense of backing it.

Having saying so many negative stuffs, I still love crypto as it has became the best payment methods for me. I trust crypto more than banks payments. 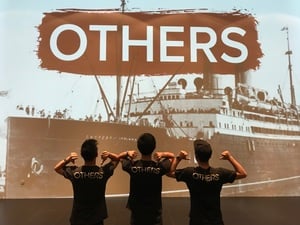 Thanks for sharing it here!

IPO is initial public offering, which is highly regulated with lots of criteria and auditing needed to fulfill in order to be listed in catalist or mainboard of SGX. In general this would be companies which are already established with some track performance record and capital funds.

ICO is initial coin offering, mainly because they created token cryptocurrency for you to buy some of their coins as if you are a part shareholder. This is not regulated at all, and to be honest the token might be useless since only usable for their project/business and no where else, provided it did not fail. Oftentimes need minimum $ amounts too like $5k. Once have the target amounts raised, they may release their token to be sold into public using an exchange. In addition the $ they get from you in exchange for their token will be used for their project/business financing. There are some Altcoins that could be buy/sell traded in some crypto exchange but only the less established ones will accept new Altcoins. The more established exchanges like Binance won't bother accepting. There are few thousands of cryptocurrency, so it is hard to determine and evaluate the value. In reality ICO is just a promise because these people have no prior track record of performance unlike in IPO. They could also wrap up and MIA after getting your money since hard to track.

You sound like a newbie, so my advice is stay away from both including IPO. IPO is volatile too. My advice is only invest in a share after 3-5 years track record unless I have spare cash to burn. Alternatively depends on my portfolio asset allocation if I want to be more risky and my time frame.

Definitely the IPO concept makes sense for now but do note that it is dramatically harder to do this. An IPO is an initial public offering where it is a highly regulated mechanism for companies to go public and raise money from retail investors through exchanges eg SGX, NASDAQ, etc.

For ICOs, they stand for an Initial coin offering (or token offering). It' severely unregulated but functions in almost exactly the same way thus many smaller startups are going out and raising money to get capital from the public. Not to say that outright it is a scam... But it's still the early days and not many models have proven to work yet. To many, it feels like the early days when there was the dot com period where companies were going public every single day driven by market frenzy. And with that increasing demand, the early investors would quickly flip and get out when there is a next willing buyer at a higher price.

Most of the ICOs now are like these but there are good ones around with really unique technologies which could change the world. But then again, it's 2018, so who knows!