Happened to heard about this, but do not have any contacts or sources to get to more of this industry.. Where can I get more info about this career path in Singapore? Thanks

A family office is essentially a privately held company that handles investments and wealth management for ultra-high-net-worth (UHNW) investors.

Coming from someone who has worked in two family offices - you are right in the sense that because they tend to be private and more mysterious, there isn't that much information available online.

In terms of career path, it really depends on what you have been doing previously. Obviously, the typical skill sets that come into play for private investment roles would be applicable. 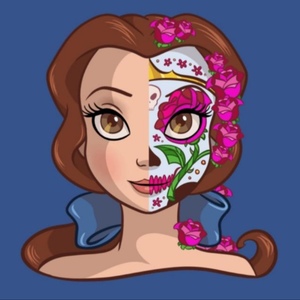 Hi, do you mind if to share your experiences with me? I was hired by a family office during my second job after tertiary education (local university). It was somehow by luck as I answered an ad from the CEO for someone who was bilingual (Mandarin and English) and I was hired after demonstrating a passion for one of their investments in the entertainment industry.

6 months later, they formed a Venture Capital arm to partake in early stage investments for technology companies and my boss moved me to become an analyst on the fund. Over the years, you rise to associate and then AVP/manager and then VP/Principal, which is my current role.

The skills you would need to join a family office would depend on their mandate (or investment strategy). Do they invest in venture capital or only trades in asset classes like fixed income or publicly traded markets? Your skillset will vary based on the type of investments the family participates in.

How can a person who is uninitiated in investing start investing with these robo-advisors? What is the catch behind them and what are the risks?
I come from a relatively well to do family, and recently I've been getting to know this girl who is not well-to-do, we may end up together. How do I know she's not in this for the money?
I've heard a lot about investing in the US S&P 500 indexes, and I'm interested in doing so. How do I go about it? Or is the local indexes a better option? How do I start?
I was offered a job in Singapore, and in UK. It was always my dream to work overseas, and I chose that job over the one in Singapore. However, it is a nightmare and I hate working here. What do I do?
I’m a fresh graduate who’s starting work in August. How should I start investing and which bank accounts are good for depositing my salary in? What kind of credit cards do you recommend?