What does the future of jobs in Singapore look like? Are robots or foreign talents going to squeeze me out of my career? - Seedly

What does the future of jobs in Singapore look like? Are robots or foreign talents going to squeeze me out of my career?

So recently I was at the launch of SkillsFuture Festival 2019, SkillsFuture Singapore, in partnership with The Business Times to be involved in the innovation of the future of work.

The panelists present were strategic leads in their fields:

So it was interesting to learn from individuals spanning from Finance to Logistics to eCommerces and ex petro-chemical industries.

There were some tough questions asked to them.

Here are the main 5 things I learnt:

1) Focus on skills, not roles

2) Don’t be afraid of Foreign Talent in your companies

5) Work-life balance is it a myth?

Regardless of the source of threat to our jobs, be it AI or foreign talents or any new development, there is nothing to be afraid of as long as we constantly seek to upgrade ourselves, work hard and work smart.

It feels terrifying right now only because we think that AI is taking over all aspects of our jobs. What we really need to do is to dig deeper, and find ways in which AI can complement our roles and support our efforts in higher level work.

And if we think that foreign talents are going to squeeze us out of our careers? Maybe it’s time to check in with ourselves, are we really doing our best or are we being complacent? If we are really to be replaced by foreign talent, what does that say about the quality of our work?

The bottom line is don’t be complacent, don’t be stuck in the past, don’t externalize problems, stay open-minded and take action to prepare & prevent whatever you’re worrying about.

Repetitive tasks would be standardised going forward. If we look at the purchase of travel insurance and investment packages, plain vanilla instruments can now be purchased on our own over the internet. This skips the purchase process through a salesman.

I think going forward, skills and exposure would be needed to stay in jobs because valued employees are those that can handle exceptions.

Stay optimistic and think critically about what can go wrong when you are at work. Think of new solutions to solve problems faster than before. This is still the value of using human capital instead of machines. It is not encouraged to just follow through motion at work because these are the jobs that are likely to be replaced by machines soon. 😁

Unlikely to lose jobs, but have to adapt to new job landscape. If a job is removed/deleted, then another job wil take its place. It is like the Steam revolution of the past. When steam powered engines were created, people no longer depended on transport tools such as horses, trishaws, etc. So people who do these jobs for a living technically lose thei jobs due to technological advancements. However, from the loss of jobs comes the creation of new ones, such as horse racing, maintenance of said steam engines, etc.

What about AI? Well, for one, there needs to be someone who would test-proof the AI to ensure that the script runs properly, the data do not get stolen, defence against ransomeware, etc. I feel that in future, there would be more open source coding for people to play around with, so white hackers could be one area, along with people who can mix the code to customise software for specific niches. Highly personalised services, such as standup comedians, personal shoppers, modeling are less likely to be affected by AI advancement. So jobs in the area of AI process, and highly personalised services are here to stay, where routine jobs such as petty cash claims are in danger of being automated.

As for foreign talents, there is not so much of a threat per se. If anything, it goes to show that you are exposed to different people and more culture. What if, for current job, instead of the foreigners coming to steal the jobs, it became that one is seconded to overseas? As long as one have the ability, one should not be afraid of healthy competition. 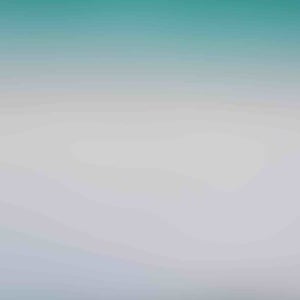 Regarding foreign talent: Modern singapore wouldn’t be what it is today without the contributions from overseas talent in every sector.

And often, foreigners are extremely hard working and hungry for success and even survival. Singaporeans should continue to work hard alongside foreign talent. It is not a zero sum game.

Humans by nature are rather pessimistic creatures which looks more towards the negative aspect of things.

Take for instance the computer. Ever since the advent of computers in the early 1970s, there has been numerous statistics on the enormous number of job losses. Many fear accounting and storekeeping jobs will be gone in the next few years, but look at today. There are many many other breakthroughs in science and technology that has help created many jobs.

We fail to account for and take notice at the other side of the spectrum. More jobs are created while some jobs are made more efficient. It's true we will not see a boom in the economy like the yesteryears, and as such there will be a lot of people vying for the 'limited top spots'. It isn't no jobs, it's just what do you want to do. I don't think there is a immediate threat of your job being replaced -- at least not yet.

I don't dispute that Singapore needs foreign talents. My company hires many foreign employees but most of them are lazy or incompetent. These people will become the burden to the existing hardworking employees as many strive for the company's survival. I just attended a course regarding Industry 4.0. Companies are beginning to shift towards digital transformation. Redundant job/roles will be slowly phase out, taken over by technology.

But there are still stuff that robots or AI can’t do such as Creative thinking, managing human emotions, building trust etc

What we can do to keep our rice bowl

Can internships really help fresh grads to increase their chances of being employed in the future? I feel like I am losing out to my peers out there with full time jobs. What are your thoughts?
What is the market concentration of Robo advisory platforms like in Singapore? Who are the main players in terms of client base and AUM? What are the main barriers to entry for a new competitor?
I'm considering to put some of my money in higher risk vehicles (looking at 5-7% p.a.). what are the key metrics and articles i should look out for?
What are some of the common SQ flights that help me earn more miles? And does that mean I will have to keep checking with Singapore Airlines before booking my flights?
What are some of the Skills Future course that you went for or planning to go that helped in your career?