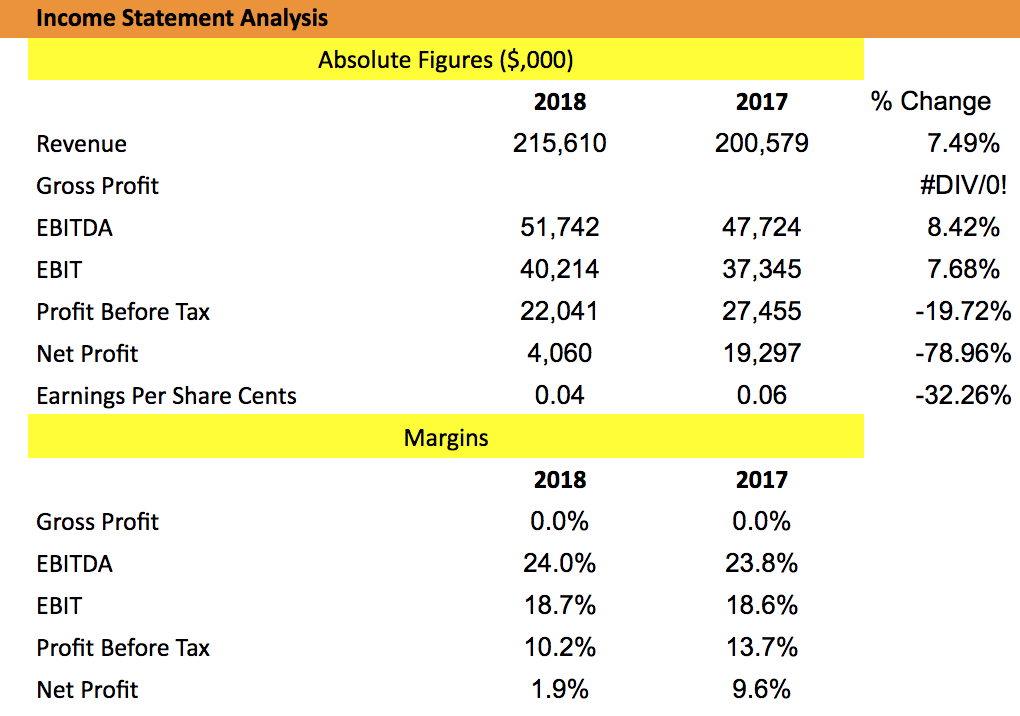 Revenue had a good growth of almost 8% in 2017. This led to both EBITDA and EBIT increasing, but there was a decrease in earnings from discontinued activities in 2018. Their EBITDA and EBIT margins look good due to the exclusion of discontinued operations. However, when they are included, their financials look bad. As a result Earnings Per Share had reduced in 2018.

The firm's balance sheet doesn't look good either. As you can see the firm's, short-term liquidity looks quite bleak when compared with their benchmarks. There is also a wide difference between current and quick ratio, which suggests quality assets like cash and receivables are low.

Overall, the debt metrics of the company are bad too. This is characterised by the very high amount of Debt that the company has, and low amount of earnings which might be left with to pay off such debts. The Altman Z score looks very weak as well, indicating a potential chance for bankruptcy. Even the level of cash flow to current liabilities look weak. A silver lining would be the improvement in 2018 as compared to 2017.

Cashflows seem to worse in 2018 with free cashflow being much lower than in 2017. This was mainly caused by much lower cash flow from operating activities in 2018 as well as significantly higher capital expenditures and other investing activities too. Despite this, dividends paid out had increased. Although Free Cashflow as a % of sales looks alright, I am particularly worried about the debt that the company has to pay off.

The firm looks quite inefficient as well based on the different metrics used. These metrics had worse in 2018. This looks like quite a bad sign for Thomson Medical as well.

Based on these figures, Thomson Medical does seem overvalued, based on their financials and growth profile. The firm does not seem to be generating much value for its shareholders. This is evidenced by their very low earnings per share and very high P/E ratio. Even EV multiples look pretty bleak. Perhaps one silver lining is how the cost of capital associated with this stock is lower due to the low beta that the firm has. But other than that, this looks like a pass for me.

For the last year, the share prices of Thomson Medical has largely fallen, even more so than the STI with a return of -20%. Over the last 5 years, the fall is even more dramatic with a return of -75%. This could be due to the falling performance that the clinic has been facing over time. Currently, the share is trading at 77.4% of their 52-week high. Given their poor financial performance, this is one stock I would skip.