Discuss anything about Sinostar PEC Holdings Limited SGX: C9Q share price, dividends, yield, ratios, fundamentals, technical analysis and if you would buy or sell this stock on the SGX Singapore markets. Do take note that the answers given by our members are just your opinions, so please do your own due diligence before making an investment in Sinostar PEC Holdings Limited SGX: C9Q

Sinostar Pec is one of the largest producers and suppliers of downstream petrochemical products. Their facilities are located within the Zhongyuan Oilfield - one of the PRC’s largest oil fields. The facilities are also well connected by a strong logistics network, allowing them to supply their products in greater volume. They have also attained 3 major international standards in the areas of quality, environment and health management.

For 2018, the profitability of the firm is on the low end. Moreover, these metrics seemed to have worsened over time as well. Revenue and earnings had both increased since 2017, but this increase had led to a decrease in profitability.

The overall health of the income statement is thus weak. 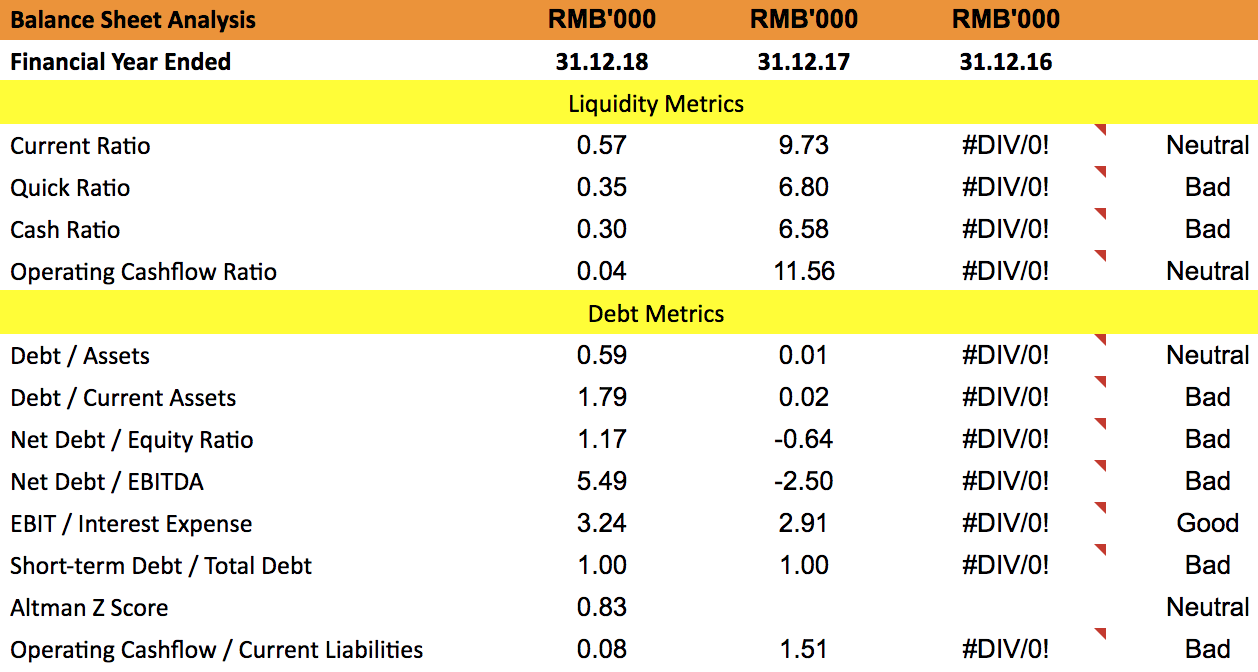 Because of the long gestation period of resources and high investments in capital, the firm looks quite inefficient in its use of capital. The low ROE is caused by weak net profit margins. As the table shows, a large chunk of retirement was incurred in 2018. What perhaps is more worrying, is how the return on capital is on the lower end as well. However, if the return on capital remains the same, then the growth in earnings would be very significant with the increase in capital. 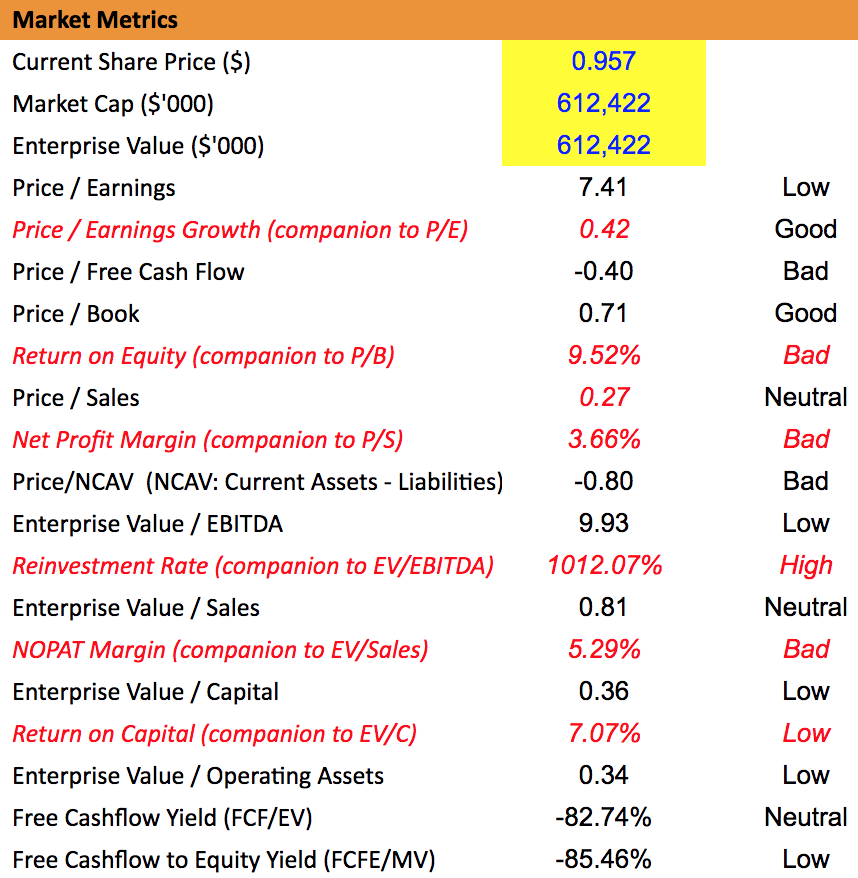 The multiples the firm is trading at certainly makes the shares look cheap. However, some multiples are a poor reflection of the valuation, such as the P/FCF and the P/NCAV figures which are negative. When we look at the companion variables of the different multiples, we notice that these companion variables are weak as well. This could explain why the valuation of these shares is cheaper. Overall, the shares of the firm may not be undervalued considering that the accompanying metrics are weak. 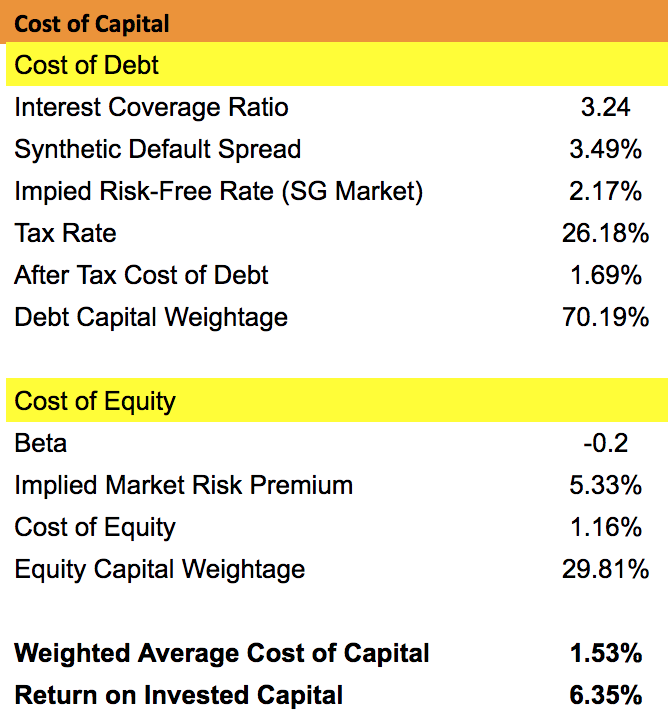 Surprisingly, the Weighted Average Cost of Capital for the firm is low, due mainly to the low cost of debt, based on a synthetic default spread. Cost of debt is lower due to the good interest coverage ratio and high debt to equity ratio. Moreover, beta is below 1, which lows the risk for these shares. Overall, the ROIC far exceeds the WACC. This shows that more returns are generated from the capital than what it costs for debt holders and shareholders.