TL;DR ST Engineering is a well-diversified company that has strong financials. However, it is quite capital intensive nature and might have to pay attention to how cash flow is managed. As a whole, the company seems well poised to tap on growth throughout Asia. 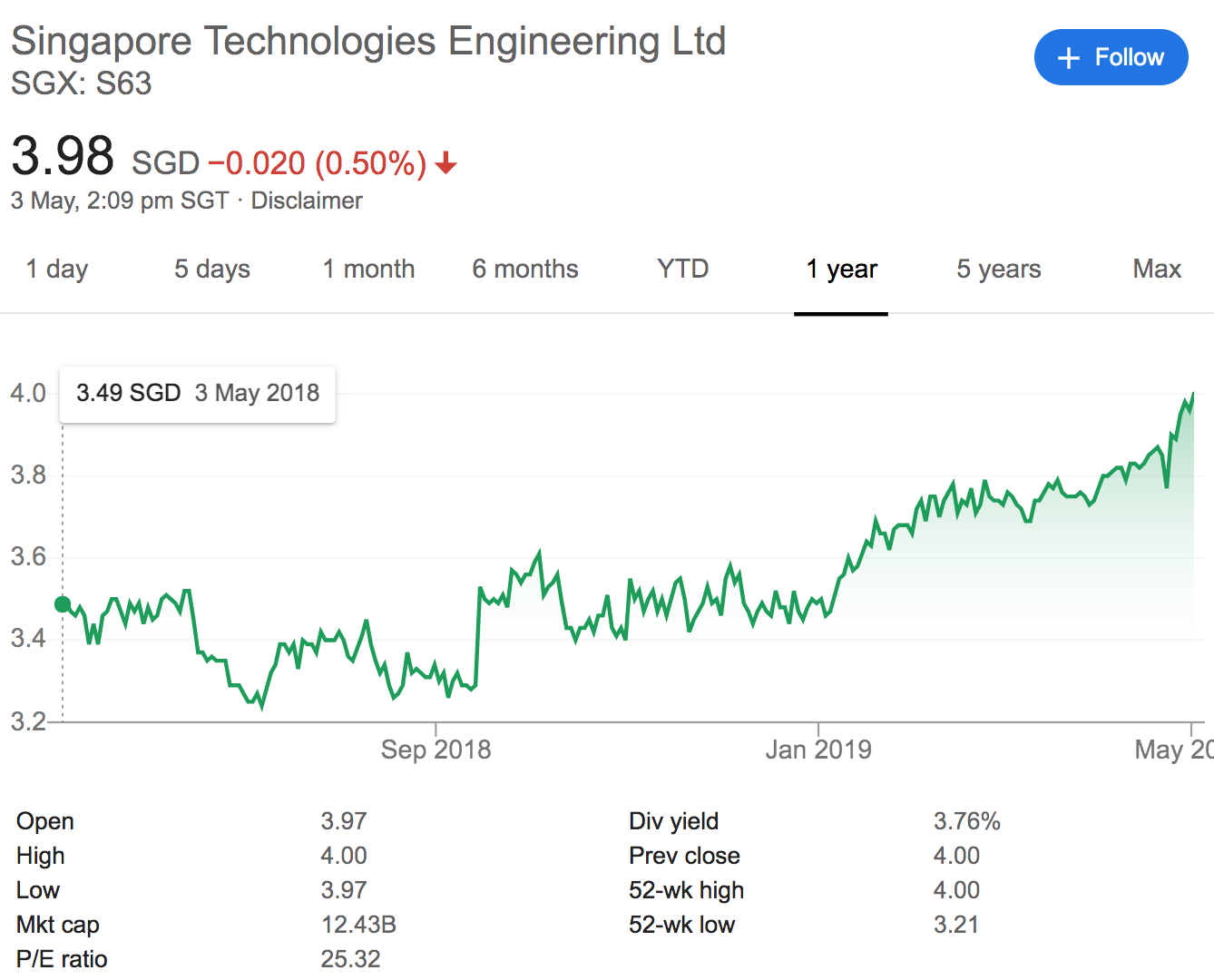 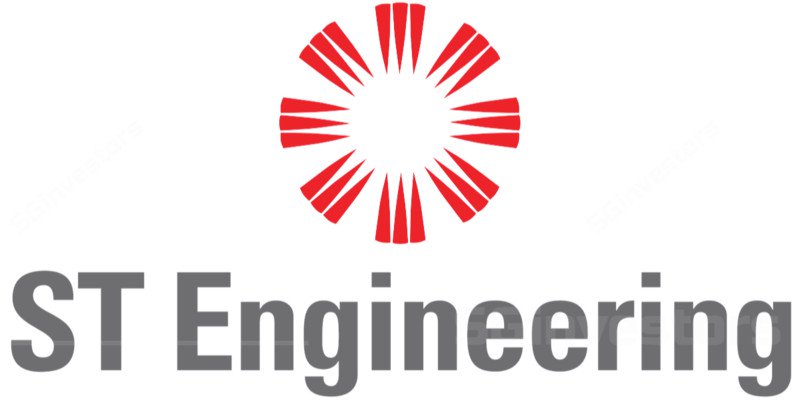 ST Engineering is a global technology, defence and engineering group headquartered in Singapore. As leaders of the aerospace, electronics, land systems and marine sectors, we leverage Industry 4.0 to create people-centric, multi-disciplinary smart engineering solutions. The company has over the years diversified its businesses and geographies. Strength: They have a presence across 4 different verticals which diversify revenue streams and reduces concentration risk. Due to the capital intensive nature of all 4 verticals, the company can capitalise on economies of scale and reduce costs. Moreover, these are defensible industries which also allows STE global exposure and network.

Weakness: Operating in a capital intensive industry, the firm suffers from high capital expenditures and tight working capital conditions. Additionally, they have also been focused on inorganic growth which has more significant cash outlay at the start. 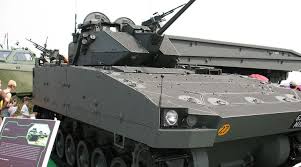 Opportunities: The new investment into Belgium-based Newtec Group NV (Newtec) can be accretive as well. The deal will help STE secure a firmer footing in Smart City and IoT solutions market by providing a digital connectivity platform. This deal is expected to yield significant revenue synergies for STE over the next few years.

Threat: Aerospace margins could come under pressure if entry into a new market segment is poor. Additionally, lower work content and longer maintenance intervals at the traditional airframe and engine MRO businesses pose a threat also. The shipping industry is still very slow due to industry overcapacity, while the slide in oil prices also affects demand for offshore vessels. 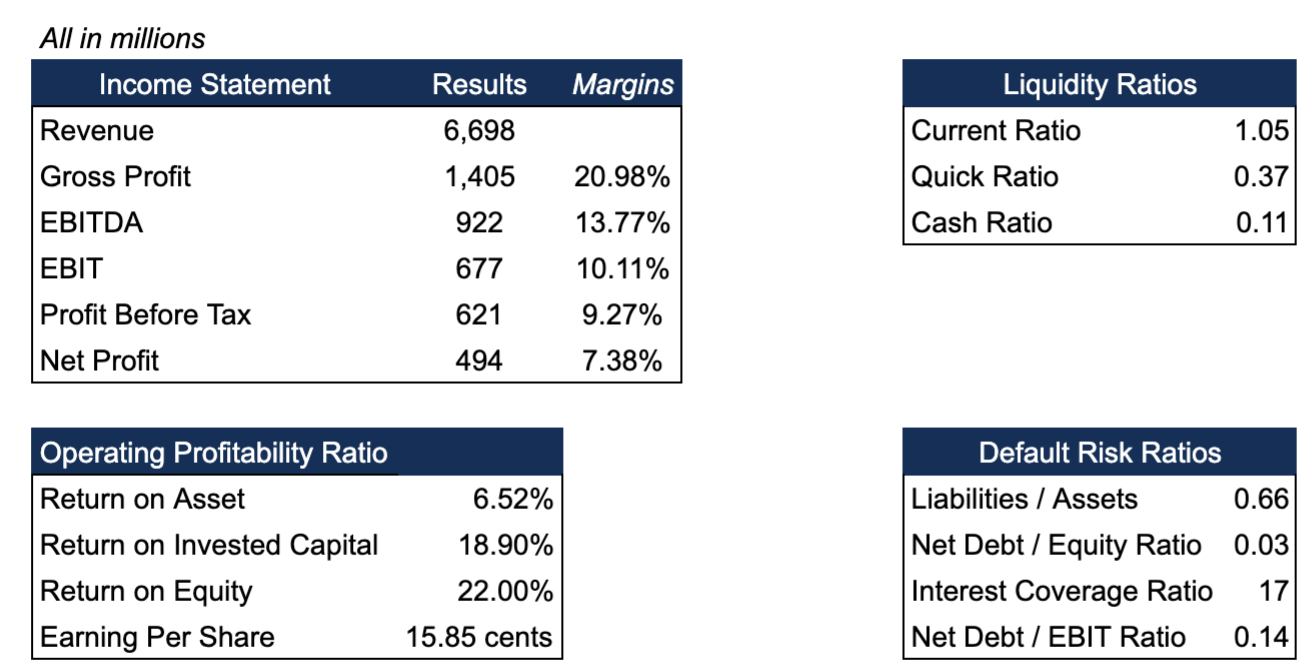 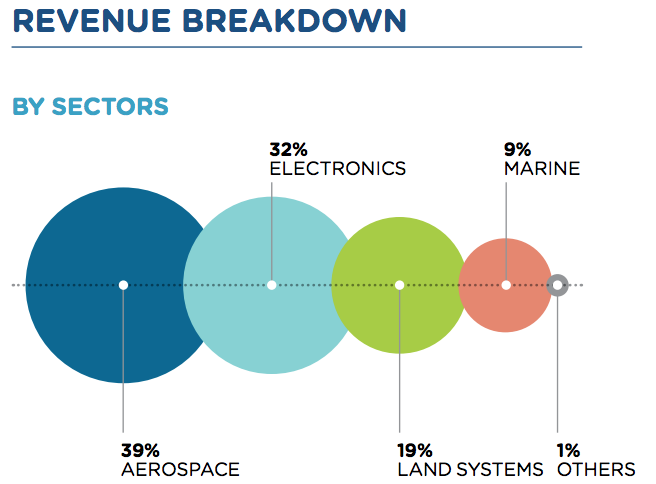 For 2018, the bulk of their revenue came from aerospace and engineering, with land systems and marine forming smaller revenue streams. Overall, this diversification of revenue streams might help to reduce concentration risk. 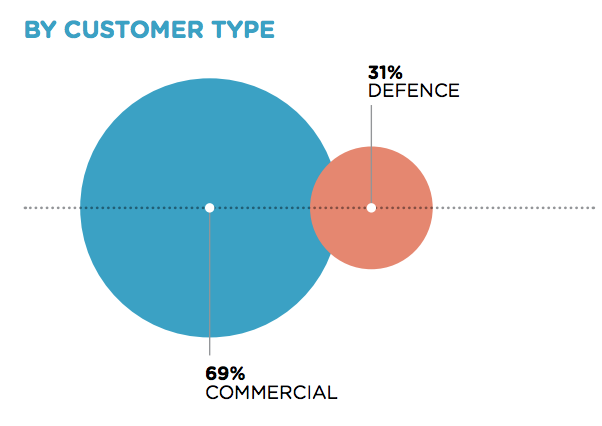 As can be seen, most of their revenue also comes from the commercial sector as compared to defence. However, being able to supply to the defence sector also helps to reduce being too overreliant on commercial customers only. Most other companies won't be in such a unique spot. 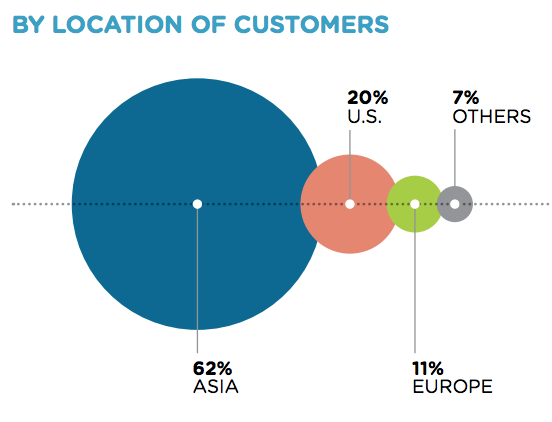 Also, it seems that most of their revenue does originate from Asia. This is both a good and bad because STE can capitalise on the growth of developing countries here, as compared to more developed and saturated markets. However, there also risks such as political instability and concentration risk.

As a whole, revenue has grown consistently over the years which do imply that demand for STE's services is growing.

There was no clearer breakdown of their costs structure given. But the main cost driver based on their classification is the cost of sales. However, it does seem that "Cost of Sales" and "Other Operating Expenses" are more fixed in nature. This can be contrasted to the rest since their figures did not change much over the 2 years.

The current ratio seems to be just slightly above 1, which could imply that the ability for the firm to deal with short-term financial obligations isn't very strong. Additionally, the company holds relatively little cash at $415mn, as compared to their current liabilities of almost $4bn.

The company has $270mn in debt, which means that its Debt/Equity ratio is about 0.11. This shows that the company does not hold much debt relative to equity. The company has much more cash than debt. Hence, this could mean that the company could take on more debt in the future to fund growth at a lower interest rate. With this, I won't touch on leverage or coverage ratios. 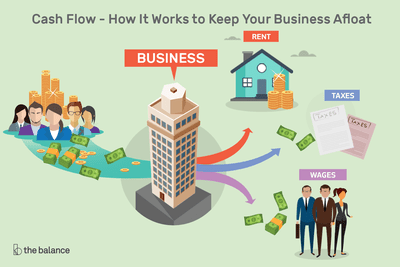 Thankfully, cash flow from operating activities is higher than profit before tax at $640mn. This is due to the high non-cash expense of depreciation and amortization totalling around $200mn. However, STE's working capital conditions leave much to be desired, as this had reduced cashflows. The main culprit of this is from the high increase in the number of receivables and contract assets, which means that more payments from customers are delayed.

The company had also spent a lot on investing activities which included capital expenditures, investments, joint ventures and intangible assets. Thankfully, proceeds from sale and maturity of investments of almost $400mn helped to balance this high cash outflow.

The company had spent a large cash outflow of $1.1bn for financing activities due mainly from redemption in medium term-notes, repayment of bank loans and dividends being paid. Despite such high numbers, the repayment of such debt allowed the amount of debt to be reduced significantly.

The company had paid about $470mn in dividends for 2018. This means that the dividend payout ratio was 0.91. Free cash flow for the company is around $575mn, which is a measure of the amount of cash flow available to shareholders and lenders. I do believe that the company was comfortable enough to pay out more dividends and redeem their notes because of the high cash balance that they had.

However, I do think this strategy could have been a little risky because short-term liquidity would have been affected. Moreover, worsening in working capital conditions could have resulted in cash flow issues.