TL;DR SBS has surprisingly strong financials and cashflows, with a valuation that looks good too. This stock definitely warrants further investigation into their growth profile. 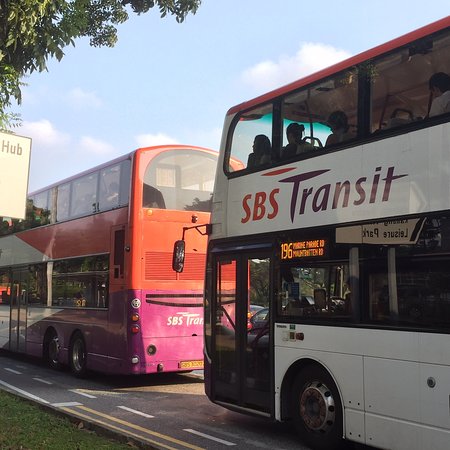 I don't think the business model of SBS needs much explaining. In any case, SBS Transit (SGX: S61) is a public transport operator in Singapore operating bus, rail and taxi services. Mostly owned by ComfortDelGro, it was known as Singapore Bus Service until November 2001. It is the major bus operator in Singapore. As at December 2017, SBS Transit operated more than 3,200 buses. 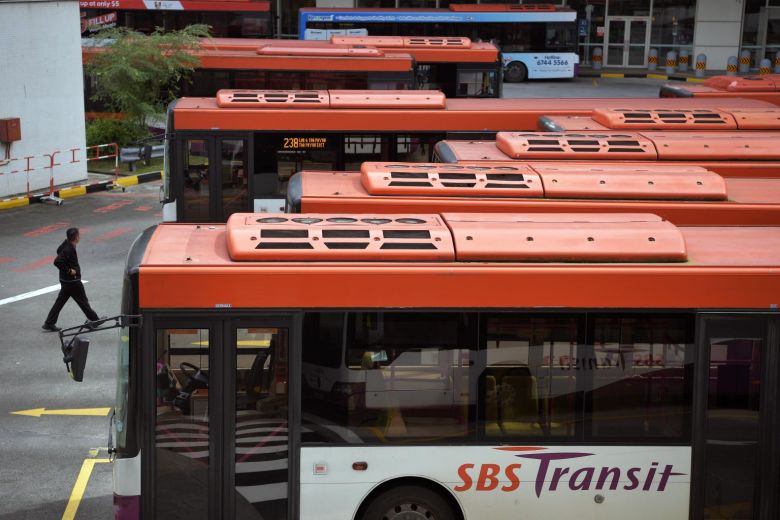 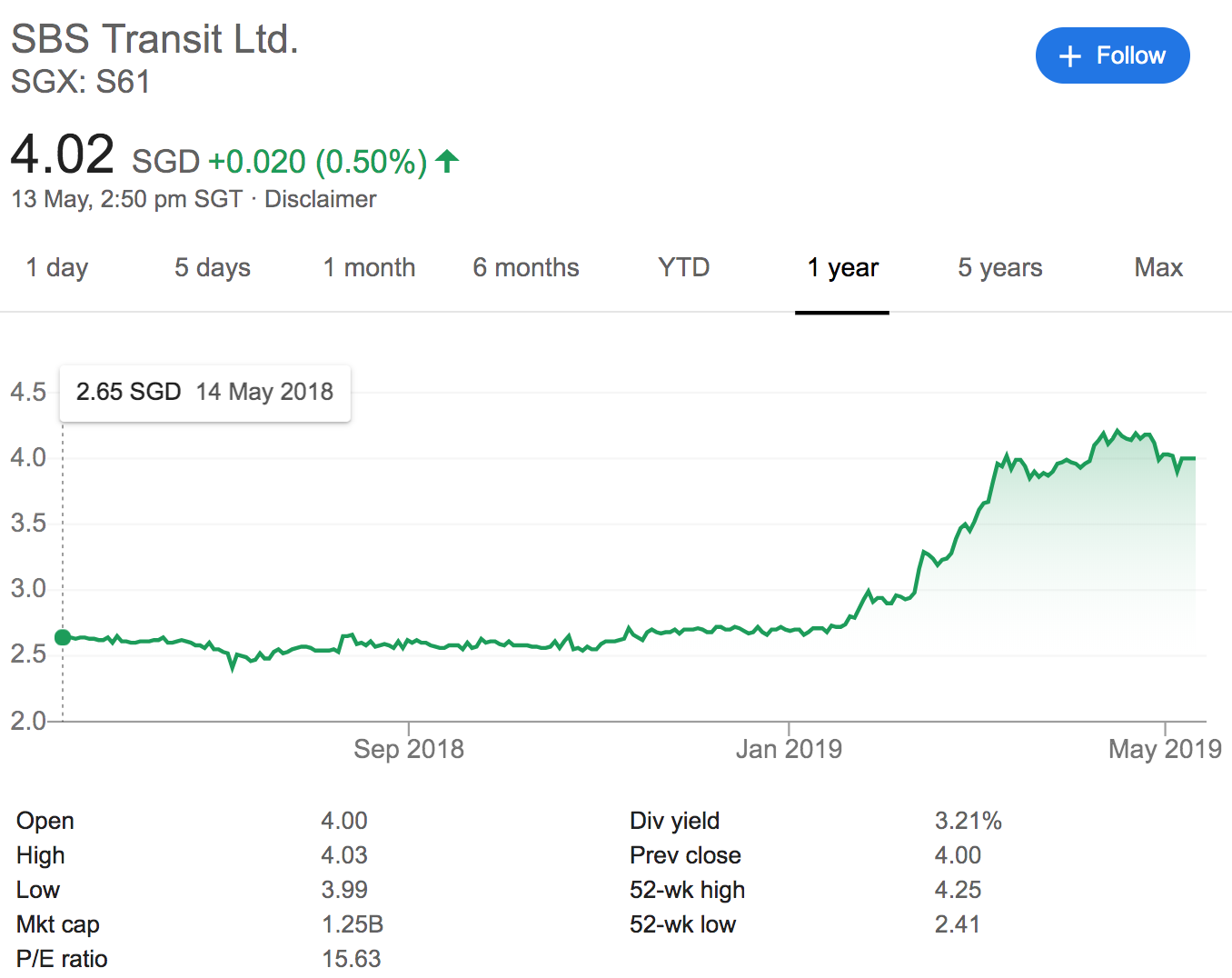 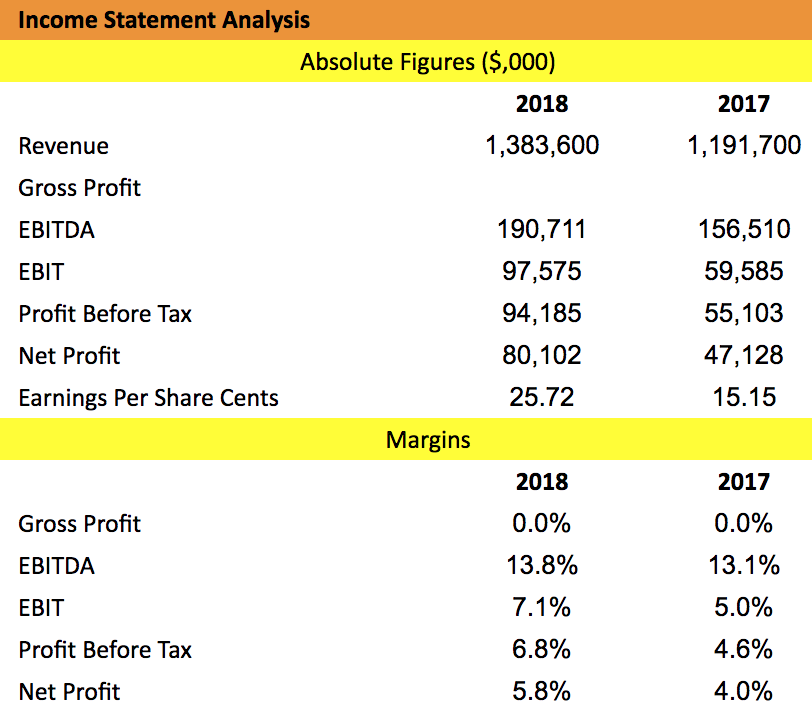 SBS has also improved its profit margins. However, overall the company's overall profitability is still rather low. This is predominantly due to the high-cost structure that the company has. 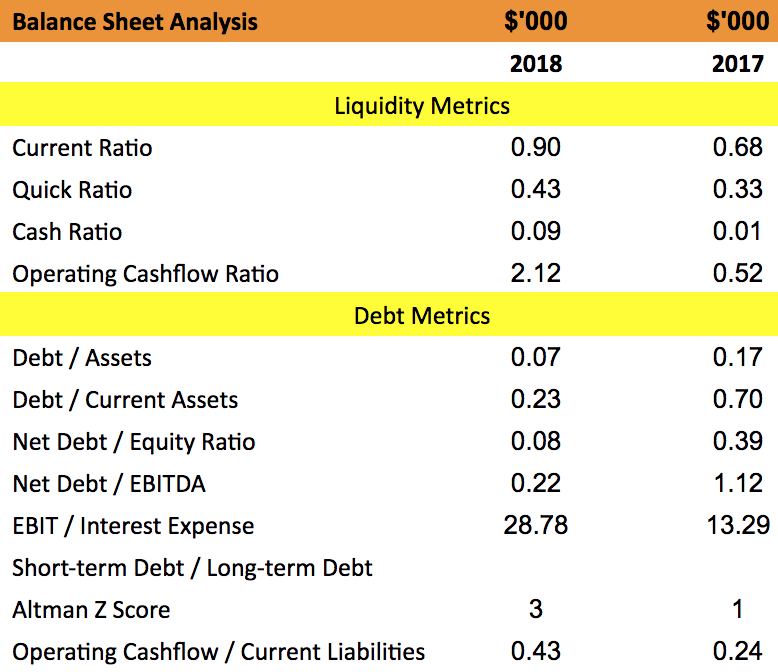 Overall the short-term liquidity of SBS seems weak. For example, their current ratio is below 1, while their quick and cash ratio are quite low as well. The Operating Cashflow Ratio still seems healthy due to the high cash flow from operating activities. Despite such weak liquidity, this was significantly better than in 2017.

Their debt levels do look quite low as well, which is a good sign. However, according to the Altman Z score, the business does look like they have a moderate chance of bankruptcy. However, their operating cash flow/current liabilities doesn't look good. This could be due to the quite high current liabilities that the firm has, as well as relatively weak earnings compared to it. 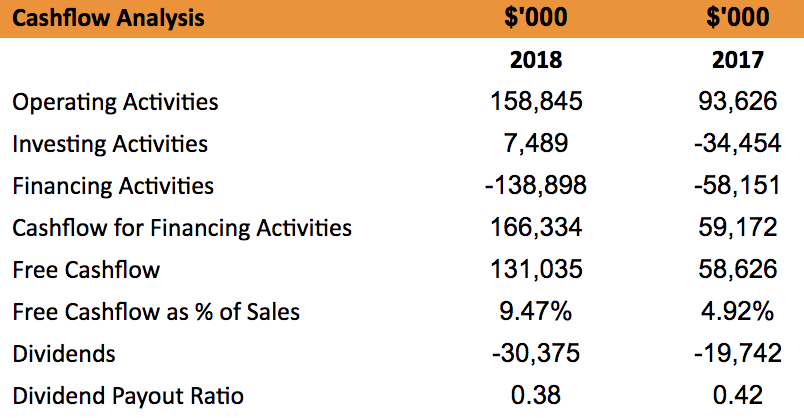 SBS' cashflows do look quite strong. For 2018, there was $166m of cash flow for financing activities, which is very high. This number is supported by the very high cash flow from operating activities of $160m, which allows the firm to have quite a high Free Cashflow. Overall, this leads to an FCF as % of sales of 10%. This high cashflow had allowed the company to pay out a good amount of dividends of $30mn. Cashflows had also improved tremendously Year on Year, with FCF improving by more than 2 times. This allowed the firm to pay higher dividends in 2018, and its higher net income had also reduced the payout ratio.

Their efficiency metrics look pretty good too. Such as ROA, ROIC, ROCE and ROE. Their operating leverage ratio had a big change to decreased operating expenses which had improved profitability too. 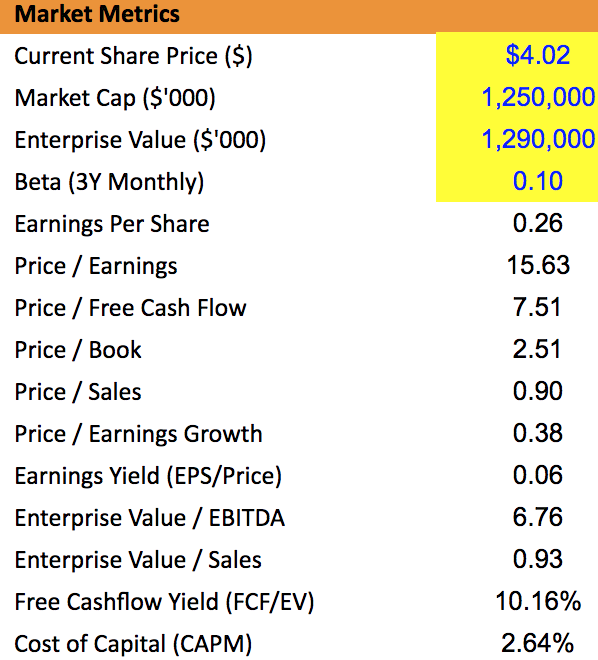 With a trailing P/E ratio of 15.63, SBS seems priced evenly with most other firms. It's P/B ratio seems alright, as value investors might still consider such stocks. However, Benjamin Graham does recommend a P/B ratio of 1.2. A P/S ratio of below 1 looks quite good too. The rest of the other valuation multiples all do indicate that the stock is trading at a good price. Moreover, SBS has a low beta of 0.10. This means that there is little market risk, and that the share prices are not correlated to the market. This is quite intuitive because transportation is a basic need which consumers require both in good and bad economic times.

Over the past year, SBS' share price had risen by 50%! Quite an increase! This is a big contrast to the negative returns of the STI. While over the 5 past 5 years, the share prices of the stocks have increased as well with a 150% increase! Currently, SBS is trading at 95% of their 52-week high, a very close number. This high figure could indicate how the market has reacted to the growth and earnings of SBS over time.