TL;DR Kimly seems to be a mature and defensive business but an intense F&B space might threaten its growth.

What is Kimly’s Business Profile? 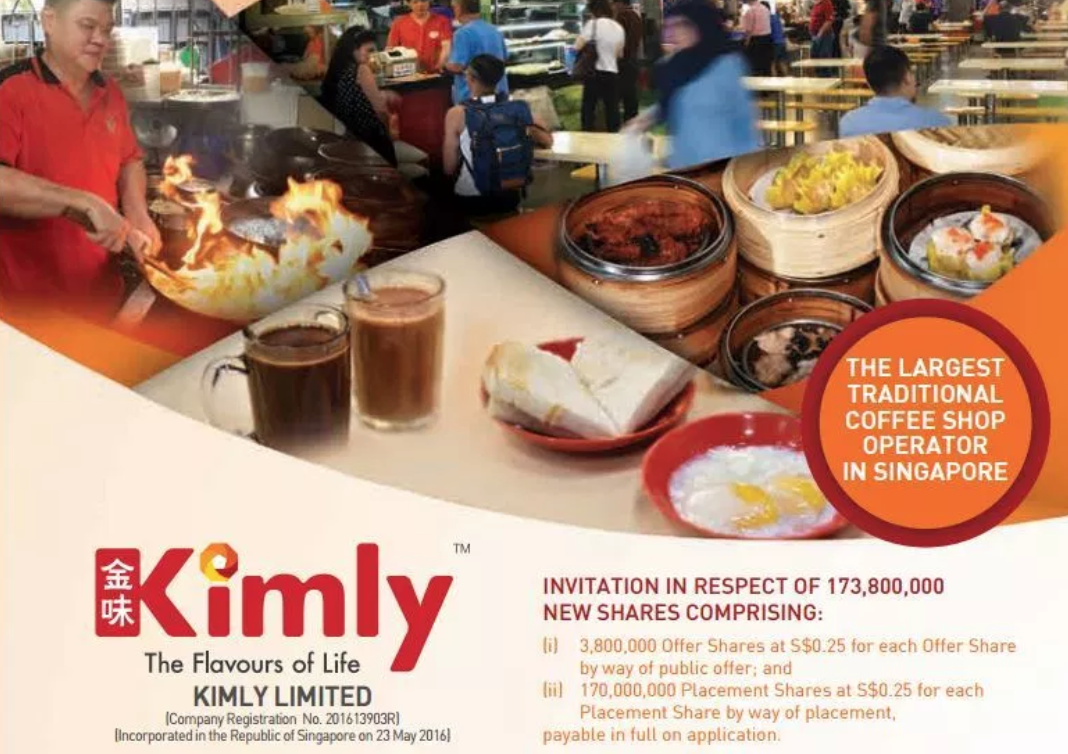 Kimly is also another household name, being one of the largest traditional coffee shop operators in Singapore with more than 25 years of experience. In total, they manage a network of 67 food outlets such as food clique, as well as 129 food outlets.

Kimly does not actually own the coffeeshop properties, but they lease the space from HDB or landlords as a master lessee. Additionally, they also operate some of the the drinks and food stores.

What could happen to Kimly in the future? 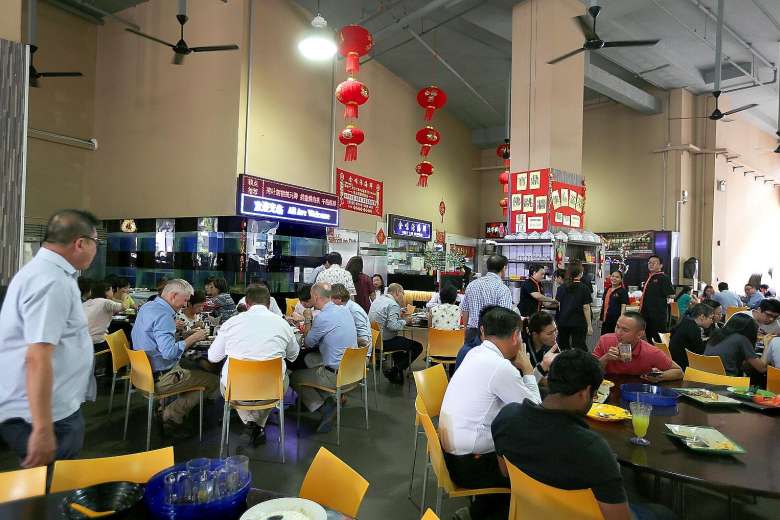 Despite the growth in premium and more niche restaurants in Singapore, I do believe that coffee shop dinning is still a staple of the Singapore food scene. The convenience and affordability of such dinning means that you can frequent such food outlets frequently (which can’t be done for restaurants). In short, customer turnover and customer acquisition cost is much lower for coffee shops than restaurants.

Like other food courts, Kimly has tried to innovate as well by including tray return robots, as well as even conveyor belts. Such innovation should help to facilitate the clearing of tables and allow more customers to dine. In the long run, such moves are probably the right one to make but they need to be refined over time. 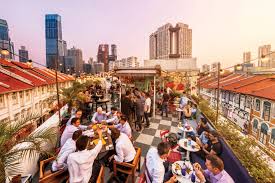 F&B is one of the most competitive spaces in Singapore, due to the many different competitors competing for a market which is not growing in size. Such competition is likely to intensify in the future, with new food chains coming into Singapore.

Additionally, the lack of the younger generation who are interested to take over such F&B jobs means that it may be hard to sustain such tenancy in the future.

What do their financials tell us? 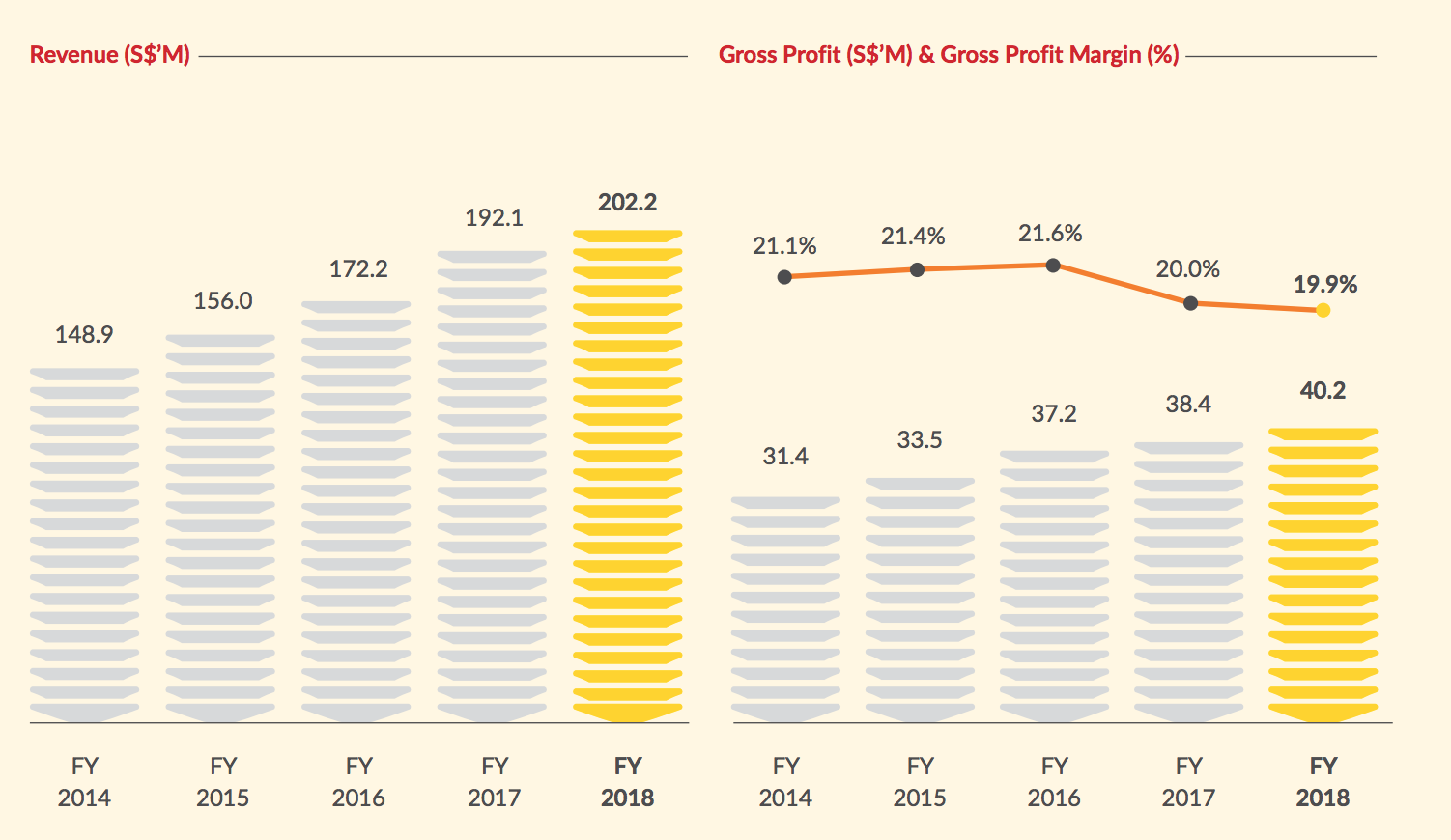 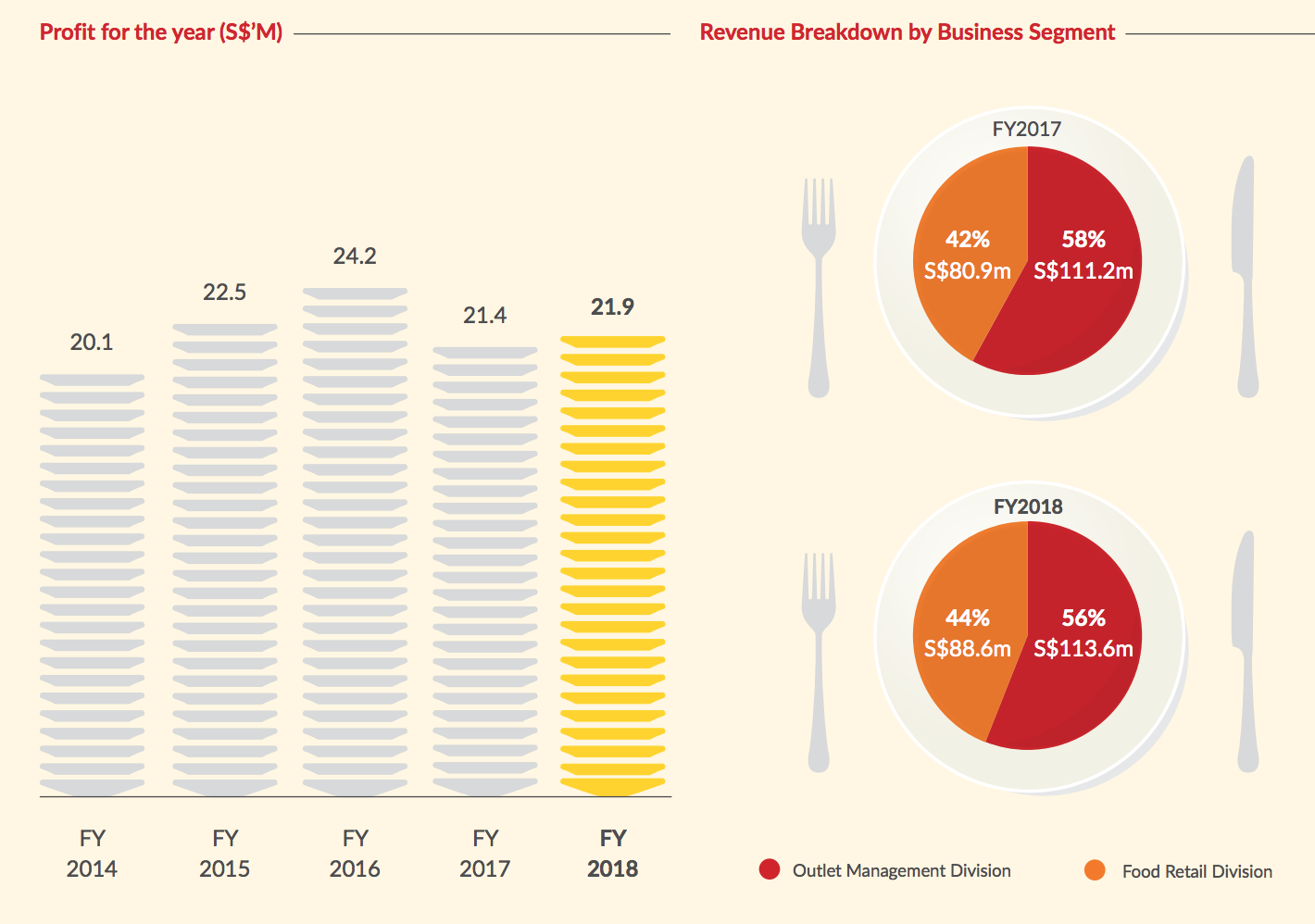 Revenue has increased Year-on-Year since FY2014, reaching a peak of $202m. This shows that there is a demand for such F&B services, and could possibly indicate their Kimly’s offerings allow it to be differentiated from other competitors like Koufu.

Revenue seems to be well split between outlet management division and food retail division. This is good to hear since the business isn’t completely reliant on one revenue stream over another.

However, gross profit margin has decreased over the years. This could be due to expansions improving profits but decreasing overall profitability.

With a current ratio of more than 1.5, short-term liquidity still seems alright. With most of current assets being made up of cash, this should help with meeting their short-term financial obligations. With low levels of debt and strong coverage of interest expenses, debt shouldn’t be an issue that Kimly will face in the future.