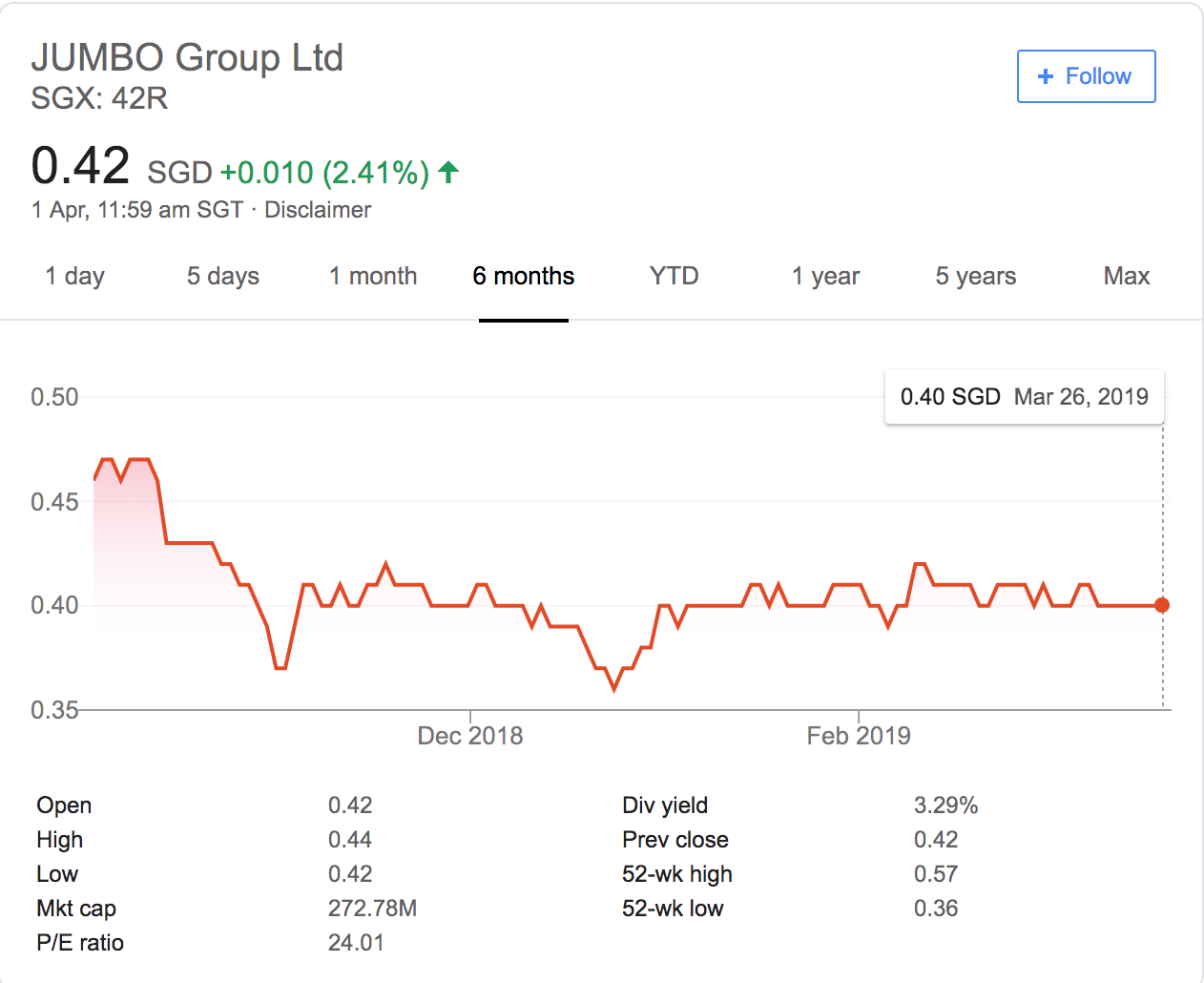 Most of us are familiar with the Jumbo brand name. It has been been quite popular on the F&B scene with their Chili Crabs, and has been featured as one of Singapore's iconic restaurants representing local food culture. Apart from just the Jumbo outlets, other brands under the Jumbo Group include JPOT, Ng Ah Sio Bak Kut Teh, Chui Huay Lim Teochew Cuisine, JCafé, and Singapore Seafood.

Over the past 5 years, since its listing on the SGX, top line growth for the restaurant has been growing, but profitability had declined over their last 2 earnings call. This phenomenon probably needs to be looked at through their growth strategy.

Last year, the Group opened 3 new outlets and partnered to open 4 franchise outlets. This is led to the high operating costs (labour) developed from expansion. Labour costs does not just represent direct labour for running restaurants, but also indirect labour such as management positions to oversee operations.

According to DBS forward earnings for FY19, Jumbo's shares are properly pegged according to the industry average of 23X. This slightly higher valuation for Jumbo is probably investors awarding the company for their aggressive growth strategy into the local and international markets. Their valuation may also have dropped recently due to the group paying out less dividends after the decrease in profitability.

By comparing the shares to the index, using P/E, P/S and P/B ratios, Motley Fool suggests that this valuation is risky since the growth premium awarded has not been justified with improved profitability.

I have also included a simple form of relative valuation that compares jumbo with other F&B restaurants in Singapore, with around similar business modles. Based on P/E ratio alone, the shares seem fairly valued around a P/E of 23. However, based on P/S and P/B, the shares might seem overvalued.

This could be due to Jumbo having weaker profitability than the other restaurants, such that the difference between sales and earnings are larger.

Higher P/B ratio could be indicative of certain assets of the firm that are not recorded on the books, such as brand equity. I believe this stronger brand equity allows investors to price their shares higher for Jumbo.

Based on these 2 reasons, and of the greater relative importance of P/E ratio, I wouldn’t conclude that the shares are either over or under valued. 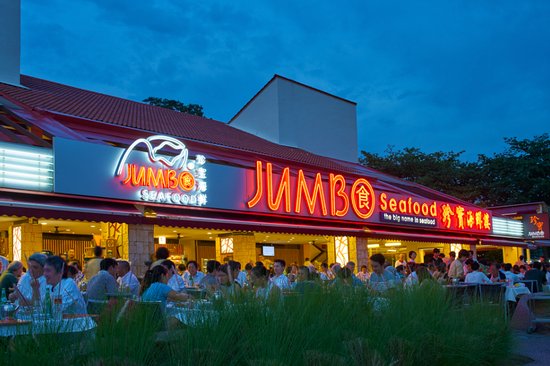 There are quite a few risks which affects Jumbo's F&B outlets. As with other players in this industry, food safety and hygiene risks are always evident. This issue is probably exacerbated with social media. Even Hai Di Lao had to close for a few weeks last year. The good news about Jumbo is that they seem to be very concerned with quality assurance, with a specific department catered to this. Their outlets have also achieved relevant strong certification too. 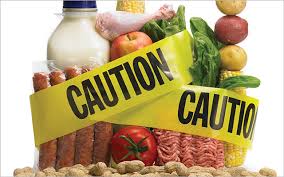 DBS has also identified another risk related to the food shortages, which may affect profitability of the business. This could potentially be another bigger issue with their seafood outlets and dishes, which Jumbo has tried to do by passing on higher prices to the customers.

Despite last year's growth strategy, Jumbo will continue to expand rapidly this year. Jumbo intends to open more new outlets in Singapore, but also to partner with other popular overseas brand to introduce them to Singaporeans. They are also looking to procure a property of their own to streamline food preparation. As with their organic growth in Singapore, it should drive growth since the Jumbo brand and items have already been tried and tested in our local market. But introducing international brands can be more tricky, since that would be akin to a newer entrant into the market. Another risk with opening their outlets overseas, is that revenue usually falls after novelty wears off. Improving and sustaining Same Store Sales (SSTS) should also be on their list.

If you go jumbo eat, you are either tourist or just too much money.