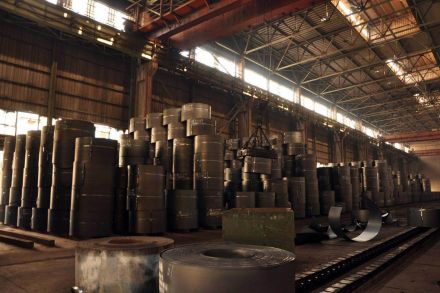 Delong is principally engaged in the manufacture and sale of hot-rolled steel coil ("HRC"), with the People's Republic of China as its principal market. They employe 4,340 workers and contributing significantly to the local economy. The majority of Delong Steel's clients are located in the PRC, within a 500-kilometre radius of its plant, and the Company has benefited greatly from the rapid economic development in the northern and northeastern regions of China. 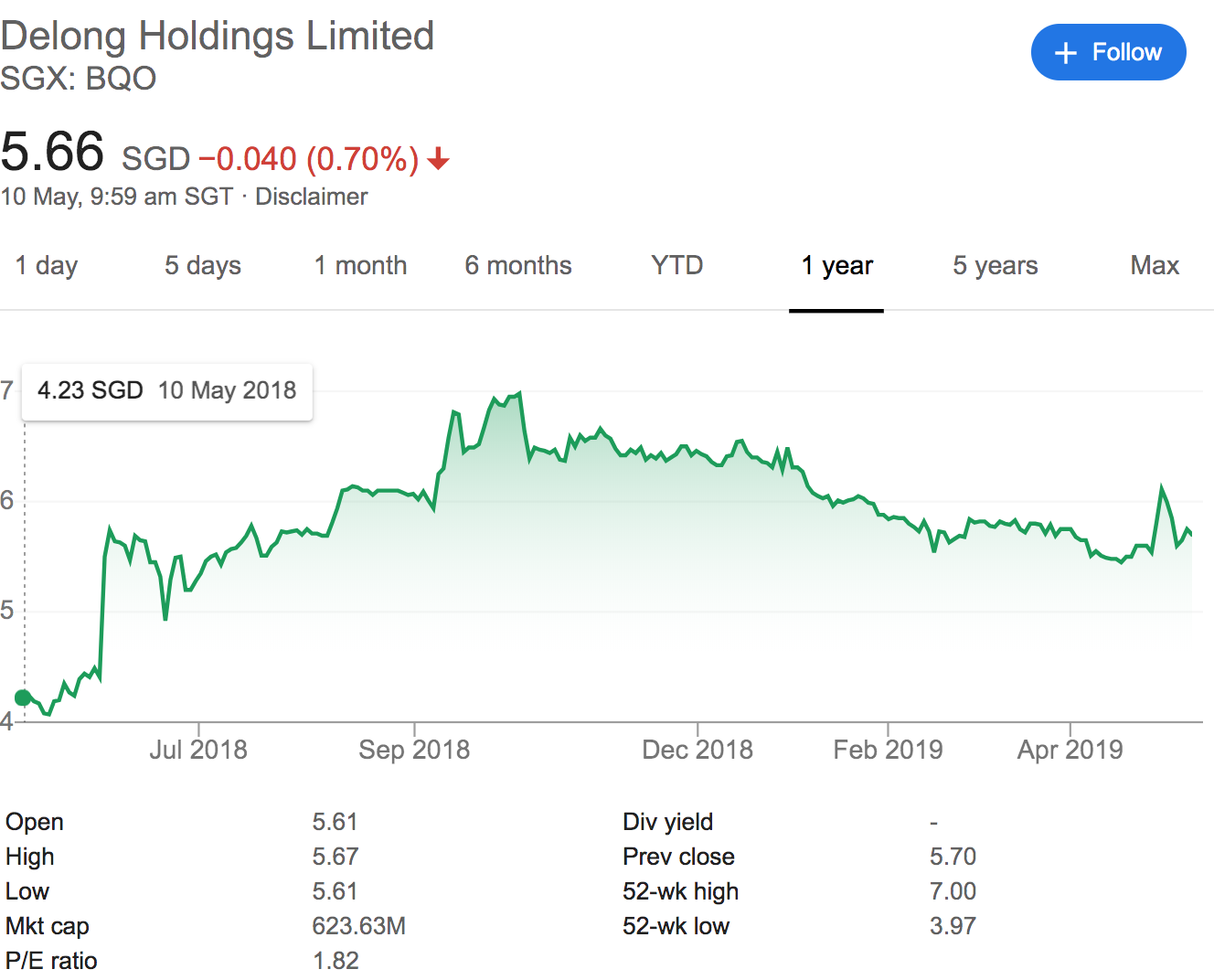 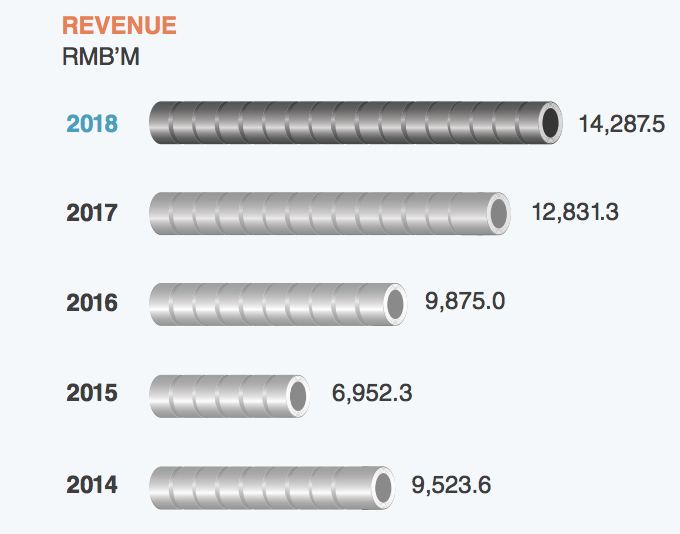 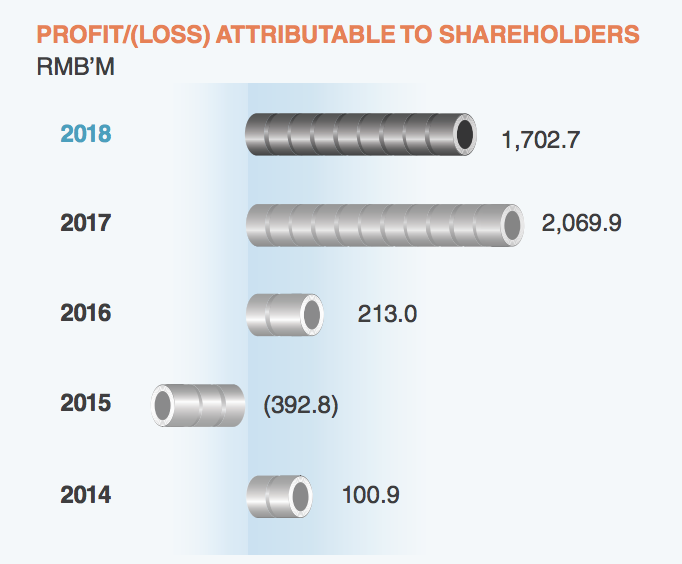 Their revenue has been growing consistently since 2014. In fact, 2018's revenue had grown almost 2 times that of 2015's! This is quite an impressive growth profile. Consequently, net profits have risen over the years, from a net loss in 2015 to a net profit margin of 12% in 2018. What is quite astounding is how profitability has improved drastically as well! As a result earnings per share has improved over time too. 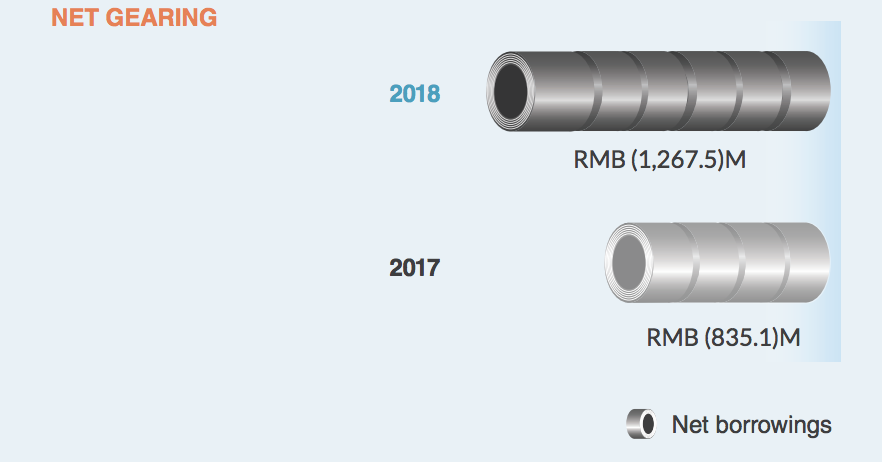 The firm does seem to have a healthy balance sheet as well, although they seem more leveraged than other companies. However, Delong has very strong earnings and has a very high cash balance. This is reflected by their low Net Debt/Equity ratio, as well as their strong Net Debt/EBIT and EBIT/Interest Expense ratios. Furthermore, $2bn RMB has also been pledged to the banks, further reducing default risks. Thus, their balance really seems strong.

The firm seems to have very strong cash flows as well. This is evidenced by the very high cash flow from operating activities that is more than sufficient to account for investing and financing activities. Additionally, free cash flow levels are also very high. Cashflows are quite high due to the strong earnings of Delong, but also because of their strong working capital management which has boosted cash flows.

The firm has very strong efficiency ratios as well. Again, this occurs because of the very strong earnings potential that the firm has, as well as their strong cash flows that has allowed debt to be paid off over time. These strong efficiency ratios could point to certain competitive advantages that the firm has in its assets. Although the firm is capital intensive, it does seem that they have sufficient earnings to sustain and grow its asset base.

Their valuation looks quite cheap, with a P/E ratio of even less than 2. The firm also seems to possess very good financials, and with further expansion into the future, earnings may set to grow even more. However, one caveat I would add is that growth may taper over time as China's growth slows down, and more of their economy becomes industrialised. Delong so far has benefitted greatly and is mainly reliant on China's industrialisation and growth. Moreover, with US-China trade relations worsening, Delong might be hit even further in the future.

Over the last year, Delong Share Prices have made an impressive return of almost 34%! This is in contrast to the 7% dip experienced by the STI. Over the past 5 years, their share prices have made an impressive return of more than 200%. Much of this rally started in September of 2017, where it has rallied more than 350% since then. This was probably the period when the market caught wind of Delong's strong earnings and growth potential. Currently, the shares are trading at 81% of their 52-week high, which was in late September last year.