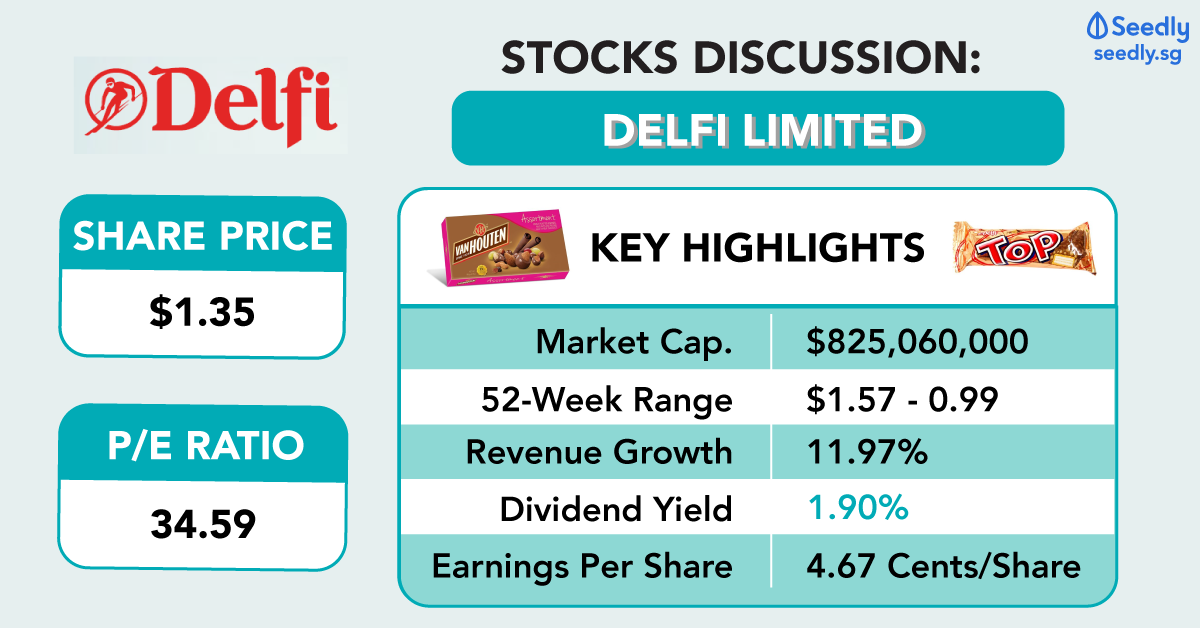 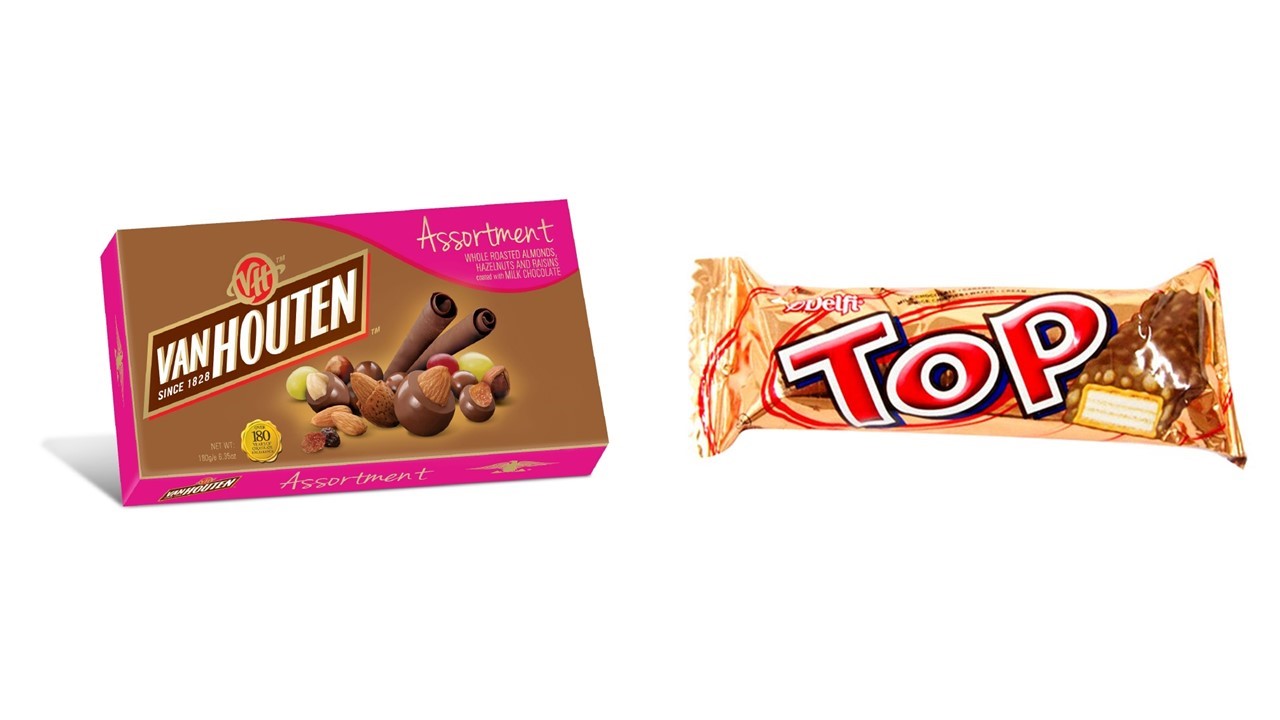 Do these chocolates look a little familiar? They are brands owned by Delfi Limited.

The company has 2 manufacturing facilities located in Indonesia & Philippines. Their products are also available in Thailand, Brunei, India, South Korea and Vietnam. They were formerly known as Petra Foods Limited and listed on the SGX since 2004.

For the last year, the share price of P34 has declined marginally by 3.03%. Over the last 5 years, P34’s stock price performed poorly with respect to the STI.

Delfi’s revenue grew by 12% in 2018, mainly due to higher sales from their own brands which increased 16% from 2017. Their restructuring efforts for long-term sustainable growth are finally bearing fruits, even though 2018’s revenue were still 15% below that of 2014 but were well above the levels from 2015 to 2017. Net profit also grew by 5.98% attributed to their cost-containment initiatives despite currency headwinds in the past year.

One of the main highlights of 2018 is their acquisition of the rights to the Van Houten brand for Asian markets. Van Houten is a well-known and trusted brand in Southeast Asia, allowing them to leverage the brand name. For 2018, they will be paying out a dividend of 1.89 US cents, representing a payout ratio of 55.4% which is rather sustainable for the company.

For 1Q2019, both revenue and net profit grew from 1Q2018. This was because of the success of their promotional initiatives to capture Valentine’s Day demand and sales driven by Lebaran festivities.

For my analysis, I will be using the Piotroski F-Score. It assigns a number between 0-9 which is used to determine the strength of a company’s financial position. Comparing 2018 vs 2017, the criteria awarded with a point (1) means there was an improvement from the previous year and vice-versa (0). Delfi Limited was awarded a score of 7, which is towards the high side of neutral. Current ratio fell from 1.64 to 1.55, but is still above 1 which means they are able to pay off their debt obligations. Gross margin ratio also dropped from 2017 to 2018.

I expect the company to continue to drive modest positive revenue growth over the next couple of years as they continue to benefit from their restructuring efforts. They should also reap from their increased investment in brand-building initiatives and their route-to-market capabilities.

From the above figures, it seems that Delfi is overvalued. Both their P/B and P/E ratio is high at 3.60 and 34.59 respectively, which is significantly higher than its peers. Since the P/S ratio of 1.75 is higher than 1.5, it also supports my claim of being overvalued.

However, Delfi has had consistently strong returns on capital for the past 3 years, with the returns being higher than the industry average.

With the above analysis, the shares of Delfi Limited seem overvalued. Even though they have strong fundamentals of high profit margins and low debt levels, I believe the company needs to slowly shift their focus to expand their distribution networks in regional markets outside of Indonesia and Philippines in order to sustain growth. Until they have a concrete plan to do this, I would skip this stock.

Last week I see some analyst reccomend buy. But P/B is high at 2.0. Also the dividends is 1%+ only.