TL;DR The firm has very strong profitability, but has a sizable amount of debt. A lot of cashflow is used up for reinvestment as well, which resulted in negative free cashflows. As a whole, the firm has weak efficiency, due to the high asset base that they had acquired recently. The firm seems potentially undervalued due to the low equity multiples. 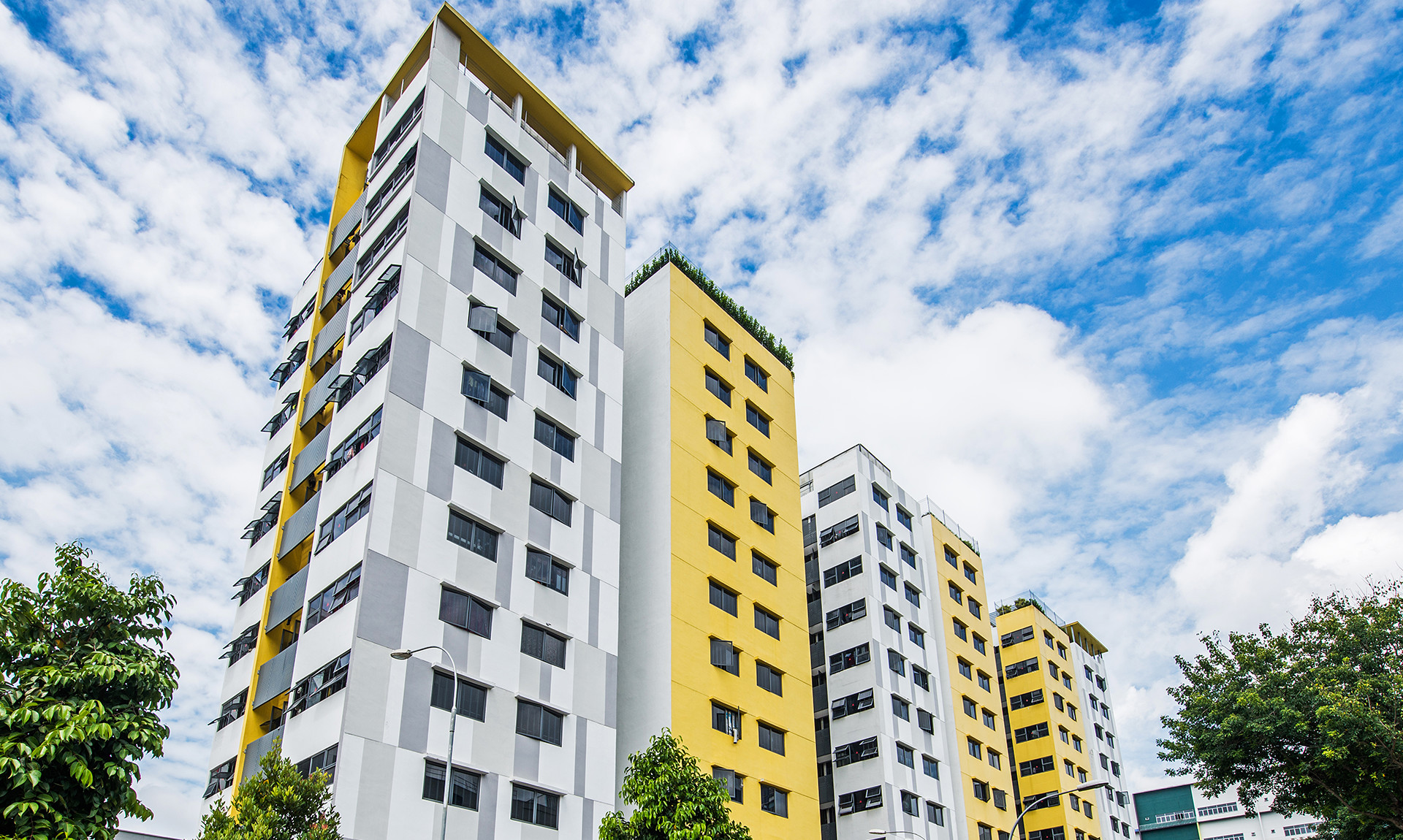 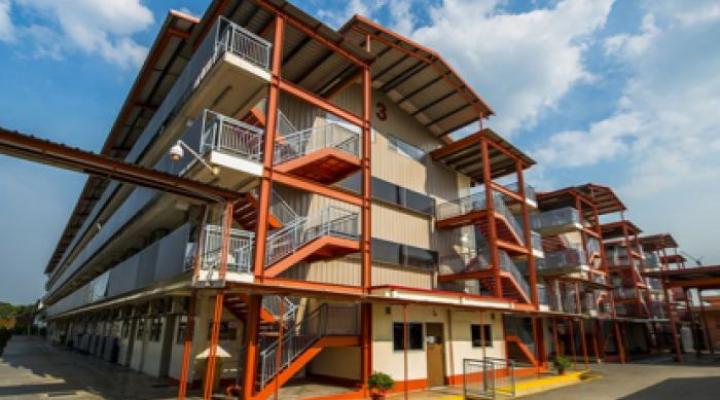 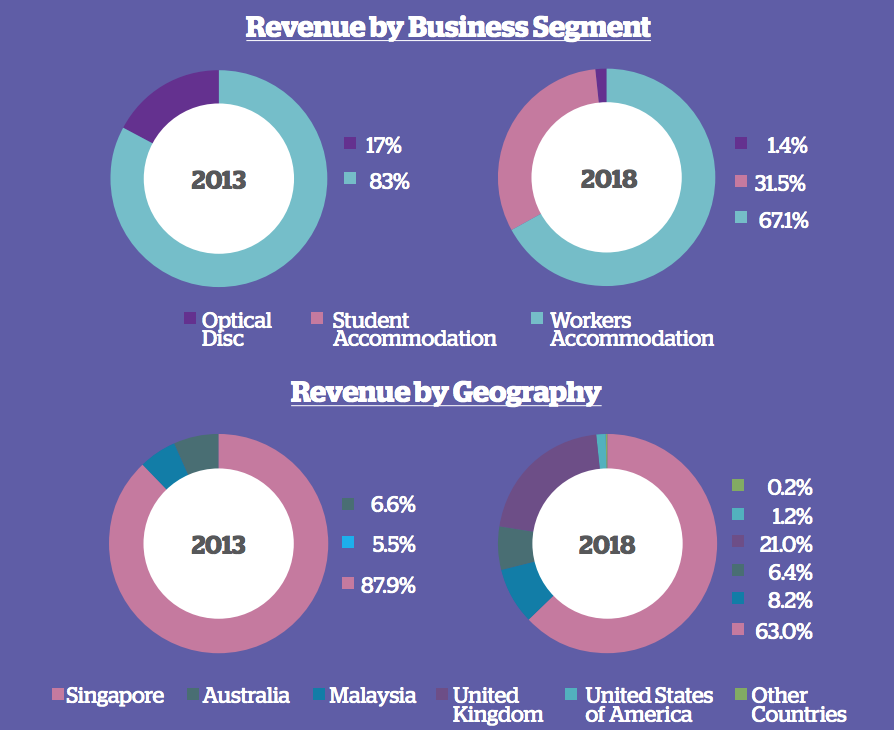 A large part of the revenue comes from Workers Accomodation. There is therefore higher concentration risk from such revenue, though this is still much lower then the proportion in 2013. A similar pattenr is also observed from the revenue by geography, as Centurion have become less reliant on Singapore market for revenue. 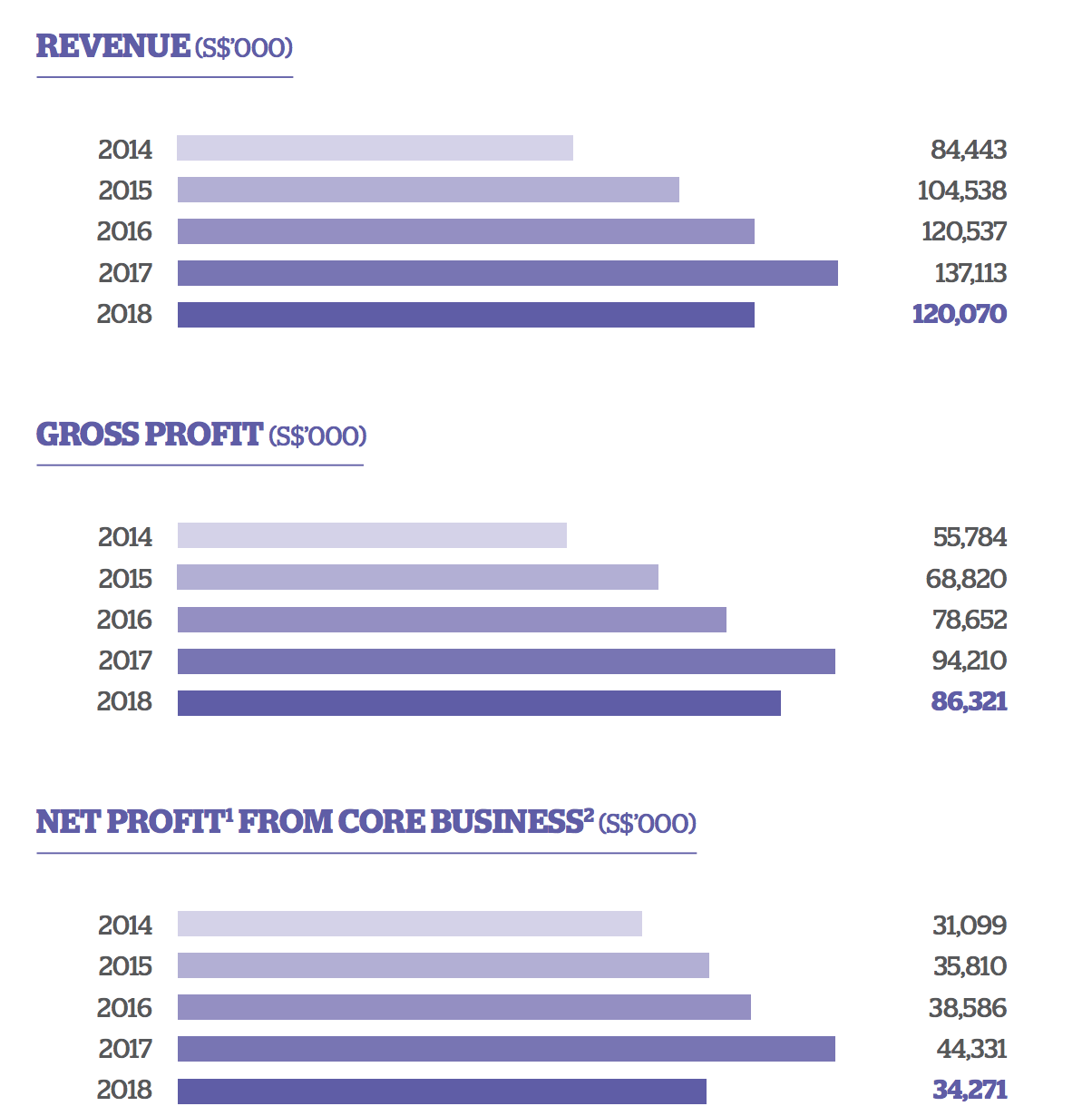 As a whole, earnings have also been on an uptrend, which is a positive sign.

As we can see, the business has very strong income statements with high net profit margins as well as high growth rates over the last few years. Margins have improved most dramatically for the net profit margins, which shows how the firm has become more cost-efficient over time. Revenue and earnings have also improved, which are good indicators. 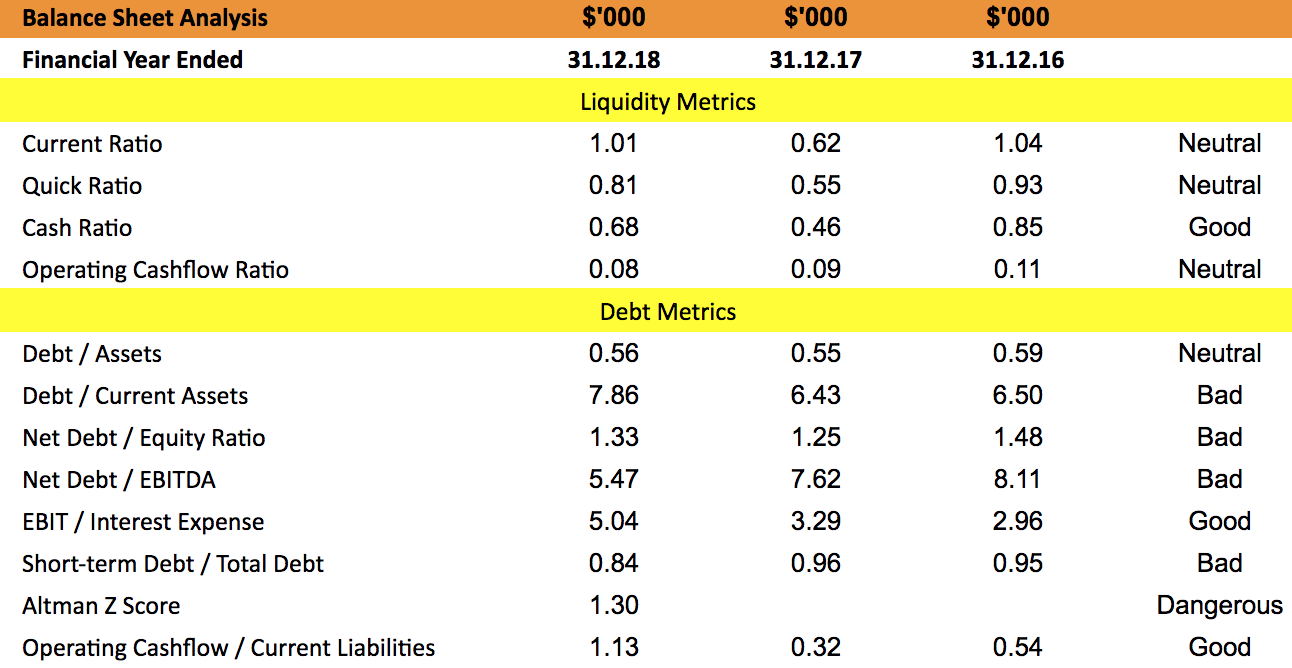 The balance sheet of the firm doesn't look as good as its income statement. We can see that the firm's short-term liquidity isn't that good, with a current ratio just slightly over one. We can also see that a lot of debt had also fuelled growth, with very debt ratios both relative to assets as well as earnings. Operating cash flows to CL, however, look good, which shows that the firm has strong cash flow potential relative to current liabilities.

Despite strong earnings, the firm's cash flow potential looks fairly weak. This is evidenced by their negative free cash flows due to high reinvestment rates. This shows how the reinvestment rate for 2018 was 1.3 times that of earnings. Despite such weak cash flows, the firm still had to positive FCFE due to the debt being taken on. This still allowed them to pay out dividends eventually. However, I do not think that dividends will be sustained as most of the cash flow is reinvested into assets. We can also observe that free cash flow had only worsened since 2017 due to the need for further reinvestment.

On average, the firm seems quite inefficient in its use of capital. For example, on average, the ROA, ROIC and ROE are on the lower end. When we analyse the ROE, we can observe that the main cause of this slightly lower ROE is due to the weak asset turnover of the firm. The average return on capital is also low. This could suggest that earnings growth in future periods would be due to high reinvestment rates rather than from the efficiency of such capital. What is a more positive sign is how these efficiency ratios have improved over time. 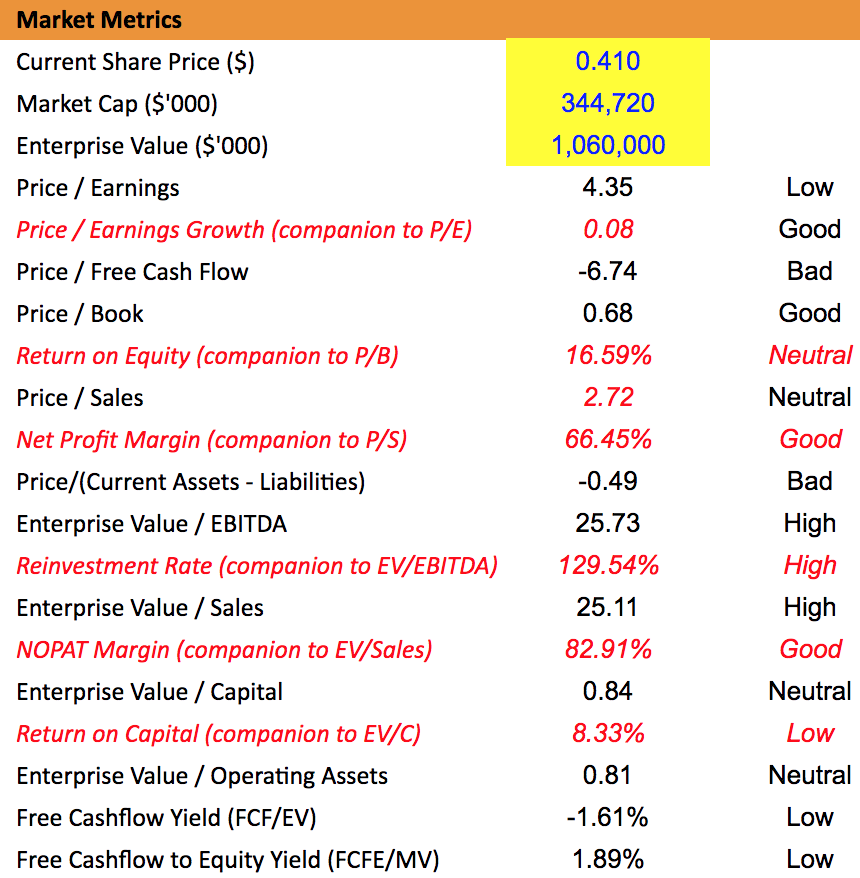 The reason why I took notice of this stock was due to the low P/E ratios that the firm is trading at. The equity multiples of the firm look quite good, except Price/NCAV due to their being more liabilities than current assets. The companion fundamentals of these multiples look good too, which is a very positive indication for these shares.

On the other hand, enterprise value multiples are on the high end here. This could suggest that the firm as a whole might be overvalued. The companion fundamentals to these multiples don't look very healthy either. 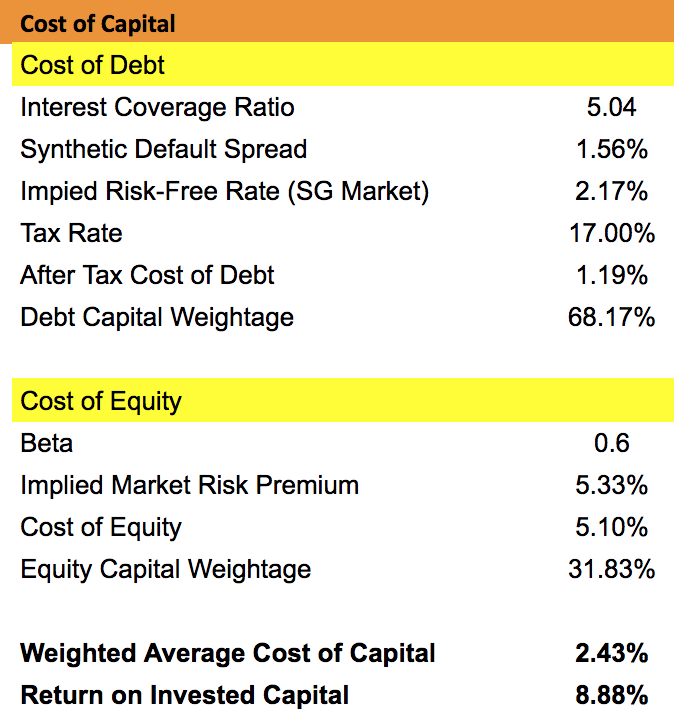 The cost of capital of the firm is relatively low. This is due to the low cost of debt that is borne from the high-interest coverage ratio of 5. Moreover, the cost of equity is relatively low due to the low beta of the firm. All this adds up to a WACC of 2.43% while assuming a 17% corporate tax rate of the firm. This could suggest that the firm has less overall risk associated with it for both debtholders and shareholders. All in all, ROIC is much higher than the WACC. This suggests that the firm's capital is creating value as compared to what it costs. Over the past year, the share prices made a return of -11%, much lower than that of the STI. It is also currently trading near their 52-week high.

The shares of the firm have low market risk of 0.6, but the shares have had a very low standard deviation over the past 5 years. This suggests that the share prices have hardly moved much. Unforunately, the firm had an average negative monthly return. This occured, despite the increase in earnings as I had described earlier. As a result, the sharpe ratio and CV of the shares are negative.