TL;DR The company does look like they have strong financials and priced at a cheap valuation. However, EPS growth was negative and the company does have a high beta. 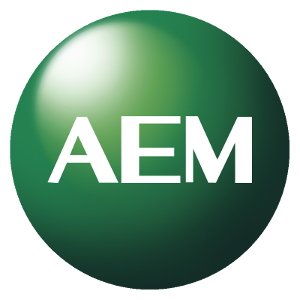 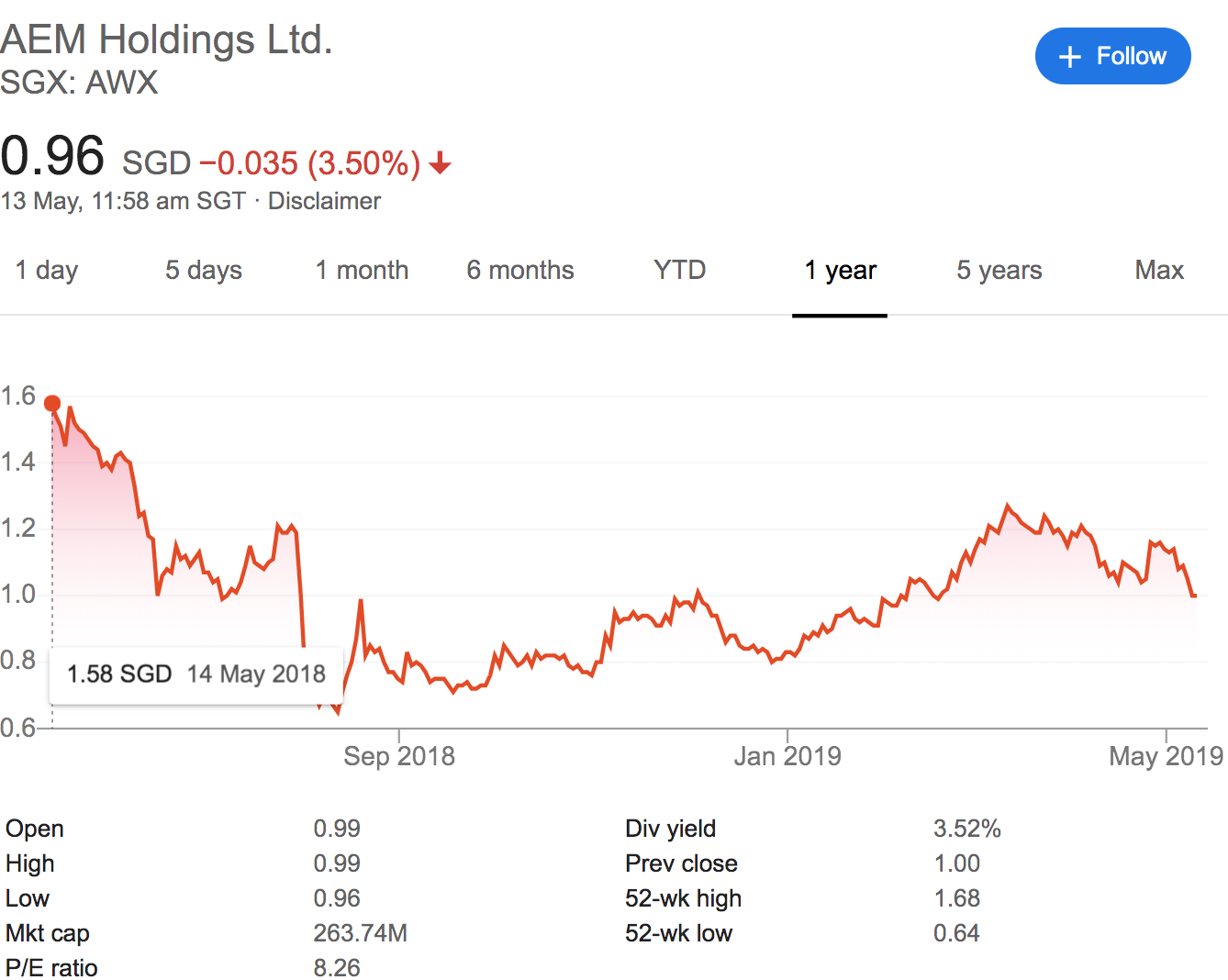 AEM provides handling and test solutions to advanced manufacturers in the world. They help deliver different products in the 5G economy such as microprocessors, high-speed communications, IOT devices, and solar cells. They have developed valuable and long-term partnerships with their customers. They also serve them 24/7 and across the entire manufacturing lifecycle using their network of factories and field support locations worldwide. 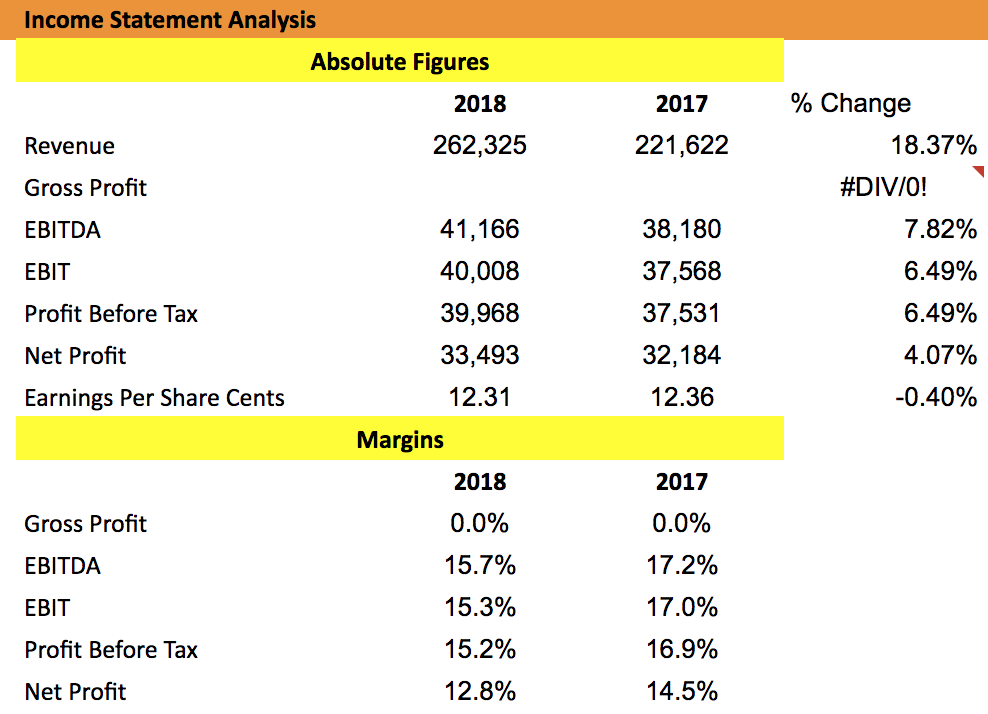 AEM had total revenue of $262m in 2018, which was almost 20% higher than the previous year. Hence, all the other profitability metric had improved as well, such as EBIT and Net Profit. However, earnings per share had decreased slightly due to an increase in the number of shares outstanding. However, it seemed that the business had weaker profitability over time as all their margins had weakened. This shows that with improved revenue, profitability had dropped although overall profits rose.

Overall, the company still has quite a healthy income statement. Their net profit margin of almost 13% is still quite high. The company also has small Depreciation and Amortization, which is surprising for a more capital intensive business. 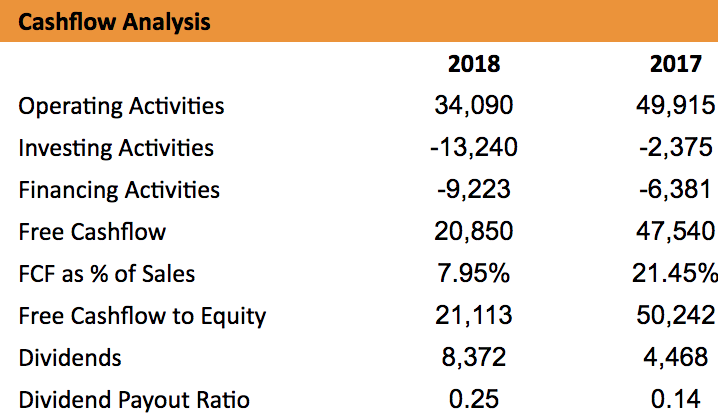 Overall, the company does have quite strong cash flows as well. This is evidenced by their high cash flow from operating activities and low capital expenditures that have generated significant free cash flows.

However, this had worsened in 2018, due to weaker working capital conditions and higher capital expenditrues. 2018's free cash flow figures were more than 2 times lesser than 2017 figures. The business does pay out a good amount of dividends as well, as the dividends paid out had almost doubled.

The business also looks like they have a relatively low dividend payout ratio. With high free cash flows and cash balance, I do believe that the company can sustain or even pay out more dividends.

The company does look that they are very efficient in their use of capital, as compared to other businesses. However, these figures had weakened over time significantly, although the figures are still quite good. 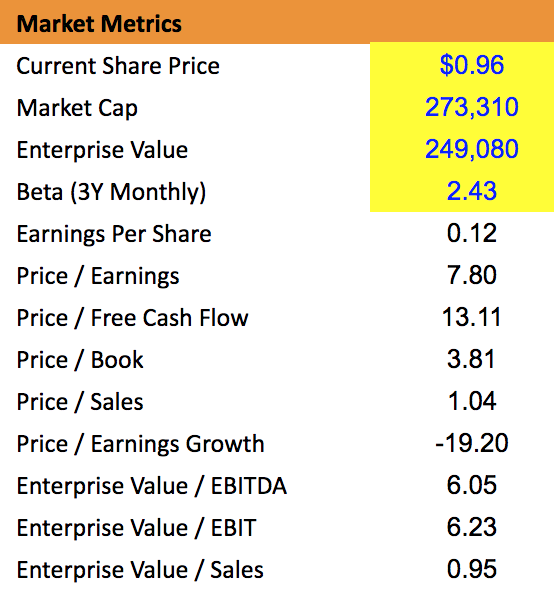 AEM does look like they are trading at a discount based on their P/E ratios. However, their P/B ratio look rather high. This could perhaps be explained by the high Net Asset Value the company has based on strong earnings from previous years and low debt levels. Even their EV multiples look attractive as well.

However, I would add 2 caveats. First, is how their PEG was negative due to negative EPS growth in the previous year from an increase in shares outstanding, which had diluted the EPS of shareholders.

Secondly, the company does have a very high beta of 2.43. This suggests that the company has significant market risk associated with it. With such higher risk, their shares may thus be valued at a lower level than their peers.

Against the STI, AEM shares have underperformed the stock market with a return of almost -40%. As you can see, their share prices are a lot more volatile than the market, which is shown through their high beta. However, AEM's overall return over the past 5 years was more than 600%! This is a wide contrast to the very low returns of the STI. Currently, the shares are trading at 52% of their 52-week high.

This is so helpful 👍

AEM had a blowout period for the first half of 2020. Here are some highlights:

Find out more from SeedlyReads' coverage.