Is it possible for wall street to close during this period and what are the implications of that? - Seedly

Is it possible for wall street to close during this period and what are the implications of that?

With this COVID-19 situation affecting it to this extent, will it close the markets?

Possible but i doubt it will close. Trump has been downplaying covid19 impact and surely wall street is the last thing he will do...

Treat this as a restart. And this present you opportunity for u to invest....

Hi anon, anything can happen in the stock market. The trick is to buy strong businesses so even if the stock market closes, we will be alright since investing is a long-term thing.

"I never attempt to make money on the stock market. I buy on the assumption that they could close the market the next day and not reopen it for five years." -- Warren Buffett 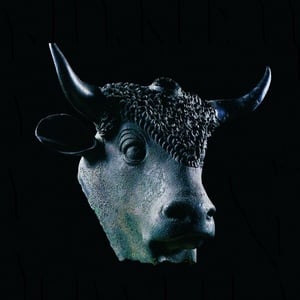 Sure this could happen, but it protects the economy:

my gut feeling is, it will not (or only for short periods)

Judging Trump from the tenure of his presidency, it is unlikely that the markets will close. He has downplayed the threat of the virus outbreak on numerous occasion and in fact, 33 times as calculated by The Washington Post. Trump has even wanted the nation "opened up and just raring to go by Easter" (today), which has not taken place. Just yesterday, there was more than 20,000 new confirmed cases with total confirmed cases to be more than half a million. With inadequate measures, insufficient equipment and a incompetent leader, one can expect this outbreak to persist for an extended duration. I believe the market is irrationally optimistic now.

I'm looking towards trying out options. What are your thoughts of using it say if our purchasing power is not high enough? Is there a cheaper way to buy them? And are they more useful during the volatile period during this time?
Do the SSB prices fluctuate during the maturity period? Is it possible if I bought the bonds for 500$ then during the coupon payment period prices go up and down and I call sell to book profit ? How long is the maturity of these bonds? Thanks!
I saw Hai Di Lao listed on the US stock market recently and their share price seems over valued. What are your thoughts? How is it possible that they are able to hire so many Chinese nationalities? Is there no quota for local ratio for the workforce?
Parents have a property and are looking to liquidate in the current uptrend. Expect to have a cashflow of ~500k that is not needed for immediate use. Should we sell and invest the money or is it better to just leave it and collect rental. TIA.
I can no longer meet the conditions to earn the 2% Cash Gift in POSB SAYE Account (no monthly salary), thus receiving up to 0.25%. If that's the case, is it advisable for me to close the account and go for OCBC Frank of 0.30% for abv S$10,000 ?