How can we, as a society, move towards providing equal job opportunities for all, especially in terms of race? - Seedly

How can we, as a society, move towards providing equal job opportunities for all, especially in terms of race?

As a Chinese, I realised I have taken my majority privilege in Singapore for granted. Some of my peers from other races have gotten rejected for part time jobs simply because they do not speak Mandarin. I understand that Singapore has a majority Chinese, so it makes sense to want to hire someone Mandarin speaking, but yet again, that's not really fair... Thoughts? 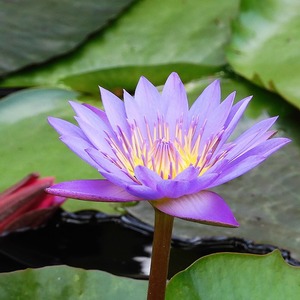 Starting in our own small world.

are we ourselves really 100% free of

stereotypes? I guess not.

We all should strive for fighting against racism. And isn't even the concept of races something to challenge? It is interesting that the 'melting pot' cities/states (NY, Singapore) often are not melting pots but rather segregated.

I think we can start looking at the business model of MNCs. They are more willing to accept diversity.

Broadly, I think an interesting approach that might work is ensuring the HR departments are filled with people from diverse backgrounds. However, that's again to the discretion of the companies so its unlikely it would happen.

I don't think being rejected for not speaking Mandarin is a form of discrimination though. Its more of the lack of a skillset required for the said job. I'm sure if someone of Chinese descent who could not speak Mandarin tried to get the job, or if an Indian who could, they would likely not get or get the job respectively.

I think sadly, being the Chinese majority does entail that we have an advantage in that speaking our language is considered a more valuable skillset. To bridge this, minorities may want to consider picking up Mandarin as a third language or simply choosing a field where that's unimportant. There's no systemic discrimination here, its more of something that occurs by phenomenon so there isn't really anything we can do about it.

A few of my friends are applying for the Geylang BTO, in hope to sell it in the future for a profit. Is this a strategic move? How much of a profit do you think can be expected?
I won't get any CPF contributions in my pay, how can I properly invest my first salary to equal or better the returns of CPF in order to pay for a house, have more passive income and retire in future?
Can we use SATS as an example for the topic on how to pick a winning stock in the webinar later?
How can we allocate a shared fund (e.g. stocks, bonds, short-term endowment, savings account) of $60000 which will be used for renovation and wedding in 2024?
We are a couple in the talks of settling down and we are at lost when it comes to housing. How can we afford a condominium? How should we go about the savings?