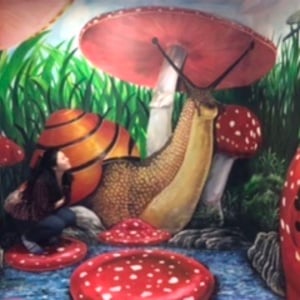 1.4 million Singaporeans to get $570 million in GST vouchers in August

Eligible Singaporeans will receive text messages or letters to inform them of their benefits by July 3, this according to the Ministry of Finance (MOF) today (July 1).

Around 1.4 million Singaporeans will receive cash payouts of up to $300, credited directly into their bank accounts from Aug 1.

Those who have not provided their bank account numbers can do so at the GST Voucher website by July 22, and they will receive their payouts via bank transfer on Aug 1. The rest will receive cheques sent to their official address by Aug 17.

The MOF added that a small number of citizens qualify for the benefits of the GST Voucher scheme, but have not signed up for the government payouts in the past. They will be invited to do so via SMS or a letter before May 31 next year.

Singaporeans aged 21 and above, whose assessable income for year of assessment 2019 did not exceed $28,000, will get $150 or $300 depending on their home's annual value as at Dec 31, 2019. Those who own more than one property are not eligible for the GST vouchers.

Singapore GE2020: Aljunied not owned by one party, issues bigger than fight between PAP and WP, says PAP team in Aljunied GRC

The People's Action Party (PAP) Aljunied GRC team has said that Aljunied is "not owned by one party", and that the issues at hand, including the Covid-19 pandemic, are larger than a fight between the PAP and Workers' Party (WP).

The team was asked to comment about residents adopting a "buy one get one free" mentality, with the PAP team having campaigned for nine years in the opposition-held GRC.

Responding to reporters after a morning walkabout at a hawker centre in Bedok North Street 3, PAP candidate Alex Yeo said the focus remains on the residents.

"(You can) see our track record over the past nine years - even when we couldn't find any government funds to tap, and even when we don't run a town council."

The 41-year-old cited the example of how his team in Paya Lebar privately raised funds to build sheltered walkways for children studying at the Living Sanctuary Brethren Church and En-Naeem mosque kindergartens.

Mr Kenneth Foo, who is part of the WP's East Coast team, told reporters on Wednesday (July 1): "We were pleasantly surprised that Mr Heng actually made the move from Tampines GRC to East Coast GRC... He has been on national television, everyone knows he is the DPM, and we think that it will be a good fight."

But the WP team will stay focused on its plan to work with and reach out to more residents in the area, said Mr Foo, 43, who ran in Nee Soon GRC in 2015, where his team lost to a PAP team led by Law and Home Affairs Minister K. Shanmugam.

He said: "For the past five years, we have been ploughing the ground. We have worked with and (tried to) understand the residents, set up new programmes to help the residents."

He added: "Although we are a new team here, the work has been consistently done."

This marks the fourth time the WP is fielding a team in East Coast GRC. At the 2015 GE, it lost to a PAP team anchored by then Manpower Minister Lim Swee Say, with 39.3 per cent of the votes against PAP's 60.7 per cent.

What’s the best thing to invest in today’s market?
How do u invest in S&P 500 via OA and do you expect the US market to continue to excel in the coming decades? What's your view in the China market in the future? Do you keep your SA untouched?
What is the S&P 500 Index? There are so many S&P 500 ETFs out there listed in the US and Ireland. What are their differences? Which one should I invest in?
What do you think about investing in the Lion-Phillip S-REIT ETF with FSMone vs investing in the i-Edge S-REIT with Syfe REIT+?
Where's the best place for me to park my emergency funds? Should they be in the same account as my saving account, or separate? What's the best savings account for it?