Far East Orchard is a relatively unknown company on the SGX. However, what I noticed is that it has been constantly declaring a dividend of 6 cents annually. At a current price of $1.18 per share, this translates to a yield of 5.02%

Is the 6 cents dividend sustainable?

This is the first question I had in mind. While delving into Far East's cash flow, I did not use the reported figure under " net cash from operating activities" but instead "Cash before working capital changes"; this eliminates the chance of companies using trade receivables or trade payables to juice up their operating cashflow. Below is what I found for Far East Orchard:

Far East Orchard has been receiving cash inflow as dividends from its joint ventures of overseas assts. A quick look into their investing activities shows the varying level of dividends received.

Cash inflow from Dividends of JV, found in investing cashflow:

To sustain Far East's Dividends, the company needs to generate about $26 million. Netting off interest expense (of about $5.5-6.0 Million) and income tax expense, it seems Far East Orchard has a sufficient buffer of cashflow to sustain its 6 cents dividends

Far East Orchard is a famous property developer in Singapore. Notable properties of the company include Novena Health Centre and Novena Specialist Centre. I had been to these 2 centres lately, and was quite impressed by the work of the firm. Here, I do a brief F-Piotroski analysis on the stock.
Inputs 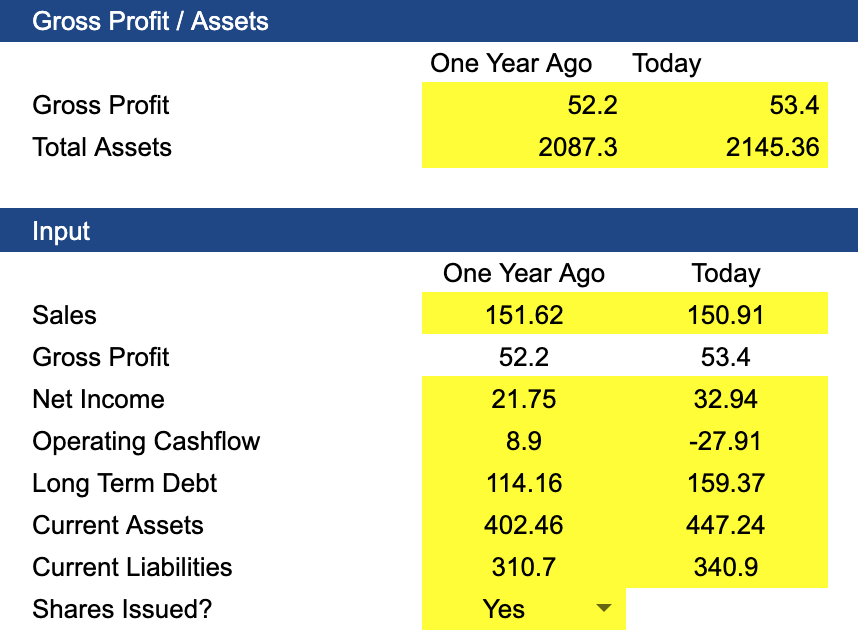 These numbers were taken from SGX and the annual report.
Output 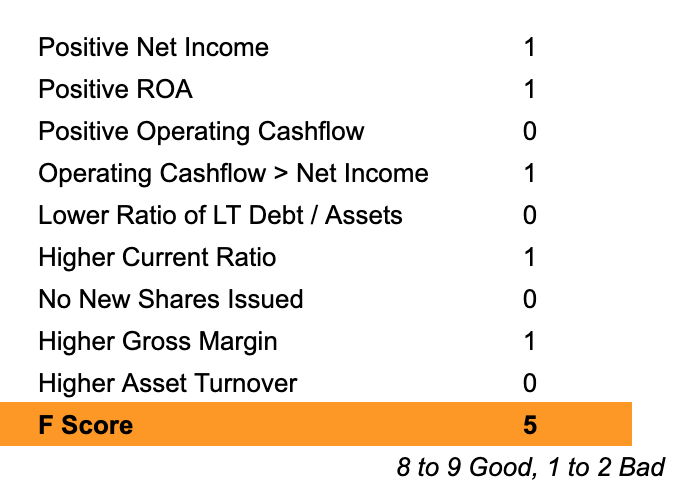 Based on the F Score, it can be seen that Far East Orchard's financials have neutral financial health. This is because the firm's performance has slowed down lately, despite high profitability margins.
Personally, I would prefer to look at a stock with improving financial health, and cheap valuation. Although Far East Orchard's valuation is cheap, certain aspects of their financial performance is left to be desired.