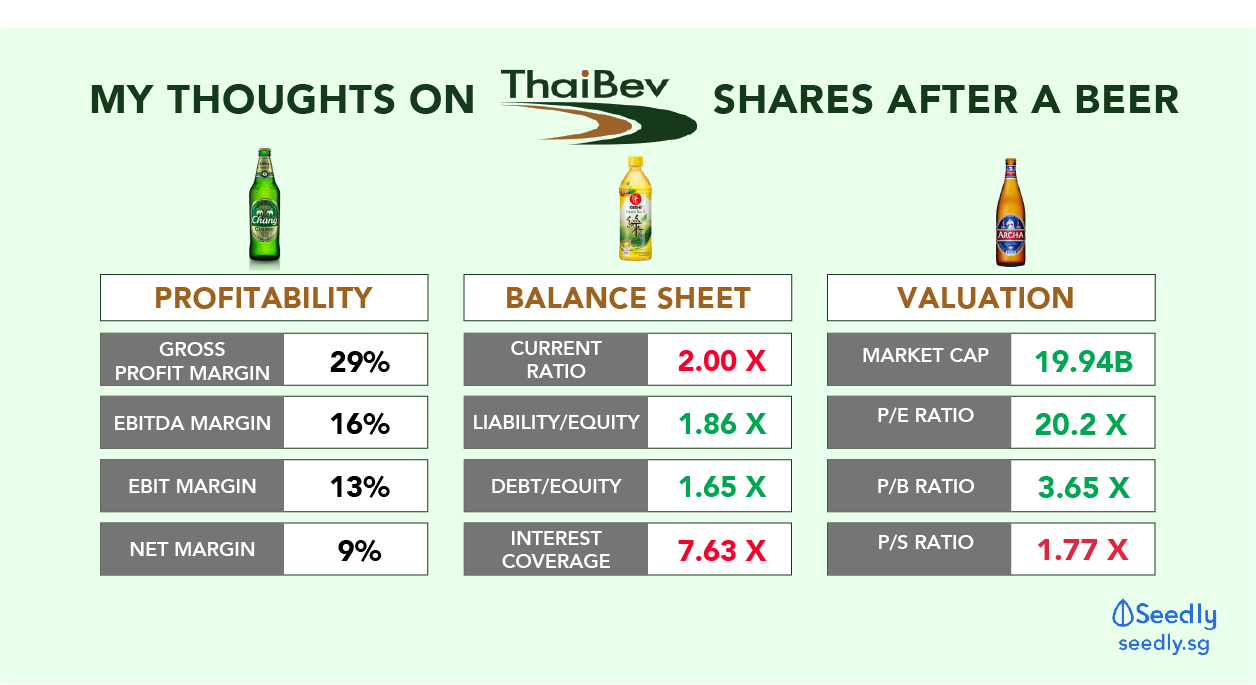 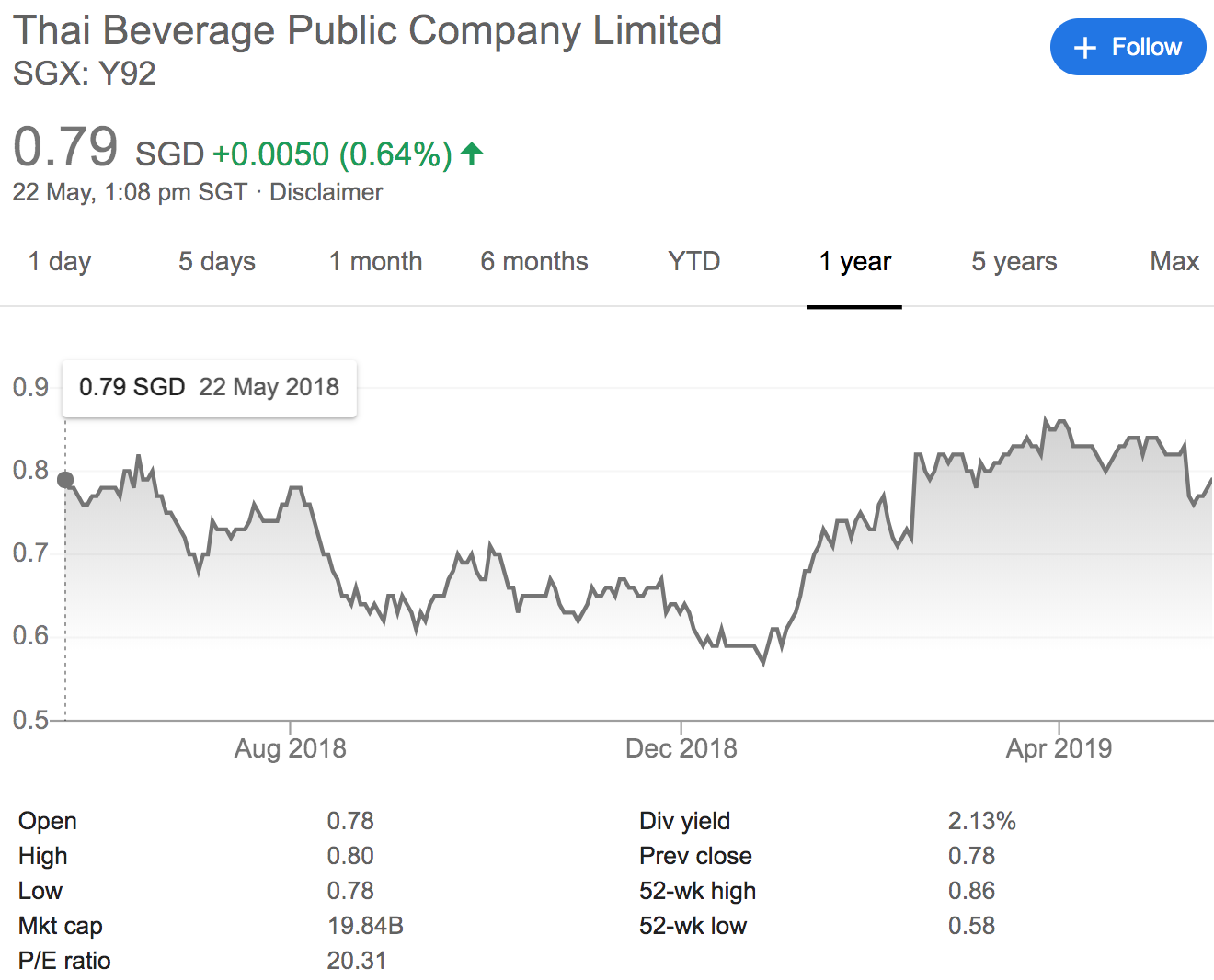 TL;DR Their financials had taken some hit previously, but there is a good chance that earnings could recover. Moreover, their balance sheet has also improved over time, which is quite a positive sign. 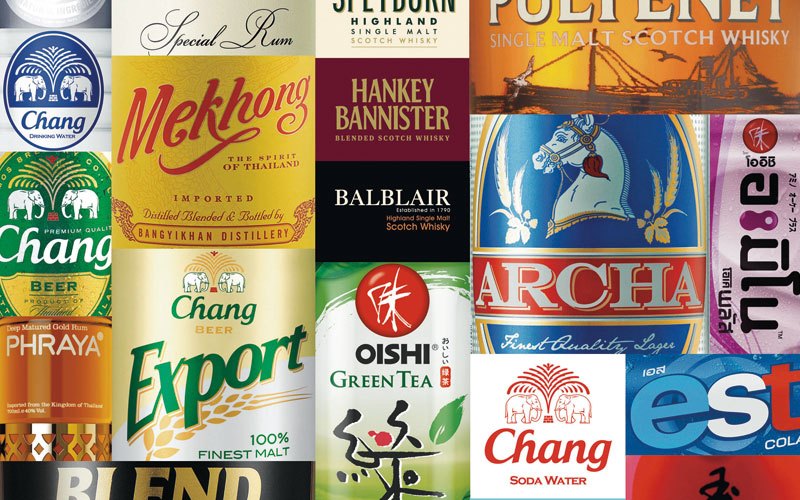 Thai Bev may not be a household name, but some of its brands are, one of which is Chang Beer. They also have business segments spanning spirits, beer, non-alcoholic beverages, and food. The company also has associate stakes in both Singapore-listed Fraser & Neave Ltd (FNN) and Frasers Property Limited (FPL). 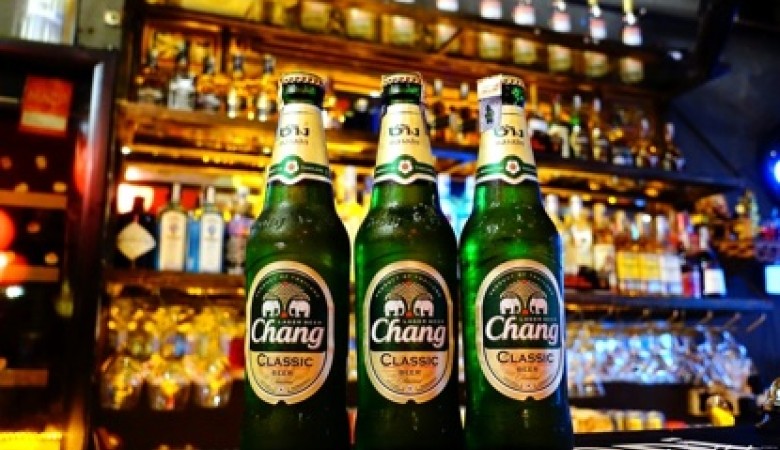 For FY18, revenue had increased significantly by 21%, leading to subsequent increases in gross profit as well. Operating Income, however decreased due to SG&A expenses increasing by more than 33%. Net income from continuing operations had also decreased due to significantly higher interest expense (due to additional debt taken on) and "other expenses" exceeding "other income". Overall, net profit had almost fallen by 50% YOY.

Overall, short-term liquidity had improved due to a much stronger cash position and the paying down off short-term debt. Long term debt, had improved however, due to the taking on of a huge amount of debt. Overall, the increase in debt has made the business a lot more levered than before. ThaiBev's acquisitions of other F&B players is also reflected in the amount of goodwill and intangible assets created. The trickle effects of such M&A activity can be seen through the 3 financial statements.

The decrease in operating cashflow can mostly be attributed to the decrease in profitability, but can also be attributed to the increase in inventory, operating activities and other liabilities. The most significant aspect of the investing cashflows is the extremely high amount of investments that they have made, which are not really present in other FYs. The most jarring expect of the financing cashflows are the large inflow of borrowings that they took, as well as the paying down of short-term debt. Overall, it seems that the borrowing of funds and the increased investments was one of the most significant events. 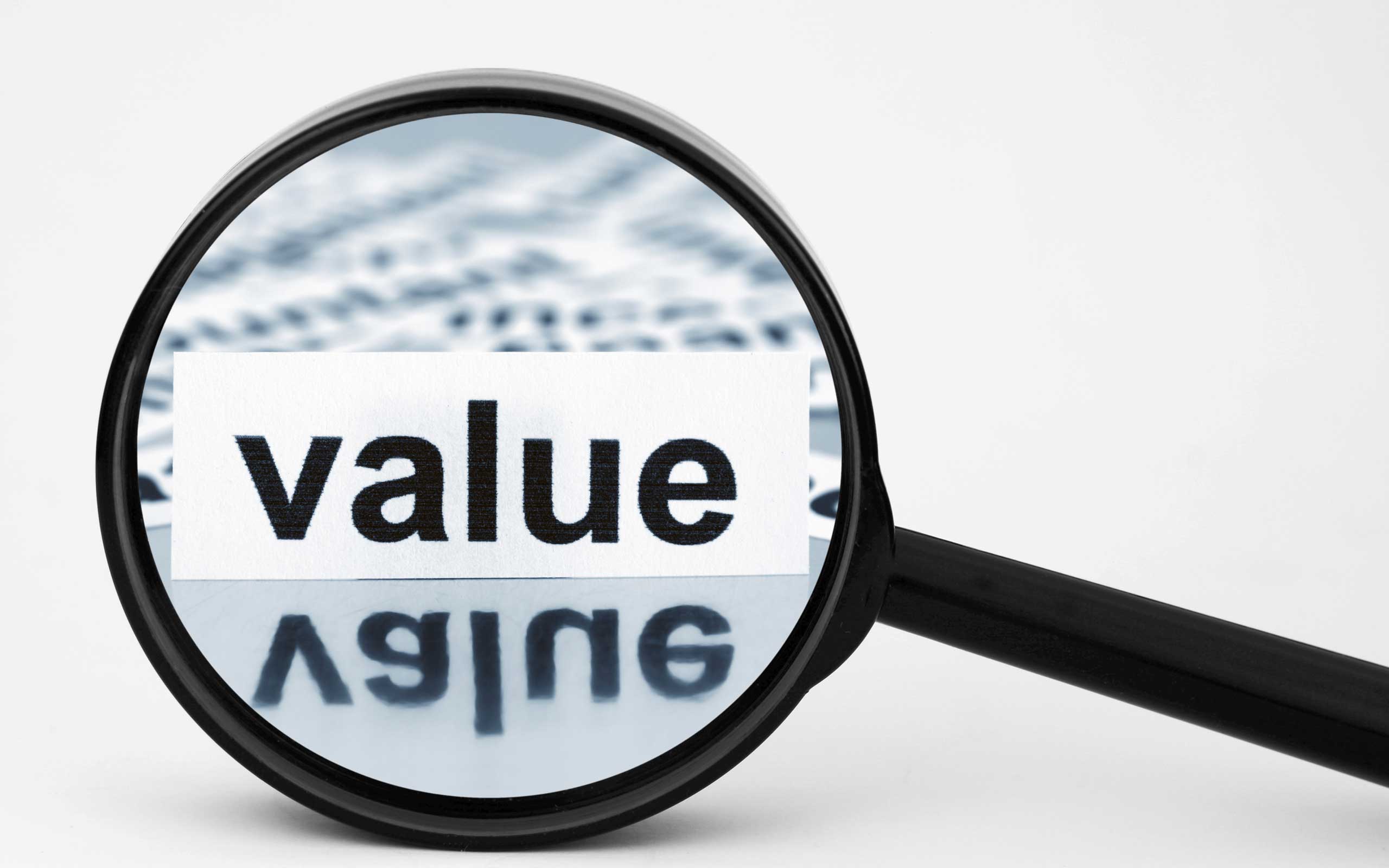 Based on DBS's Sum Of The Parts valuation (SOTP), their target price is currently $0.87. With ThaiBev shares trading at $0.86, ThaiBev seems priced correctly. ThaiBev is actually primed to grow this year, due to the elections and the King's corronation. Such national events usually increase beer consumption by quite a bit. The recovery of farm income that has seen a slump over the last few years is also likely to boost sales. 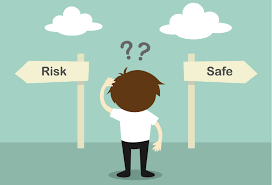 Firstly, the slump in the Thai economy probably could continue, leading to potentially decreased consumption. Moreover, the long, infamous and unstable policitcal risks of Thailand could affect the overall economy and sentiment of the people. There is also a chance that pexcise taxes on alcohol consumption coudl increase, that may stunt growth again.