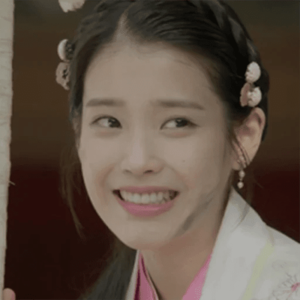 Rental volumes for both condominium units and HDB flats rose for a third consecutive month in June.

SINGAPORE - Rents for private apartments were unchanged in June, while those for Housing Board flats edged up by 1 per cent from the previous month, according to flash data from real estate portal SRX released on Wednesday (July 14).

Rental volumes for both condominium units and HDB flats rose for a third consecutive month in June, after tighter Covid-19 curbs were eased in the later half of the month, the SRX data also showed.

HDB rents, on the other hand, rose for the 12th consecutive month, with a 1 per cent increase in June over May.

While HDB rents were up 9.2 per cent from a year earlier, they were still 8.3 per cent off their highs in August 2013.

Month on month, rents for all HDB flat types increased in June, except for executive units, which remained flat.

Huttons Asia senior director of research Lee Sze Teck said the upward trajectory of the HDB rental market was likely supported by tenants who are waiting for the completion of their Build-To-Order flats, many of which have been delayed for up to one year.

"There may have been some spillover demand from the condo market as some tenants look for cost-competitive alternatives," he added.

However, more people rented condo units in June, as volumes increased by 7.6 per cent to an estimated 5,468 units rented last month as compared with the 5,083 units in May.

Most of the units rented were located in the outside central region, which made up 39.2 per cent of total rental volume.

Mr Yip said: "Demand was robust probably due to tenants extending their lease while waiting for their new homes to be completed. Some owners could have cashed out of their home and are renting while waiting for an opportune time to re-enter the market."

Rental volume for HDB flats rose by 2.9 per cent to an estimated 1,910 units leased in June compared with 1,857 units the month before.

HDB rental volume last month dropped 6.8 per cent from the year before.

ERA Realty head of research and consultancy Nicholas Mak said the upcoming start of the new academic semester in local universities in August had likely increased the demand for rental flats and apartments among some students, especially those from overseas.

Ms Christine Sun, senior vice-president of research and analytics at real estate firm OrangeTee & Tie, said both rental markets were propped up by strong demand from locals who were renting temporarily after selling their private homes or HDB resale flats in recent months.

"Prices for both HDB resale flats and resale condominiums have been rising and many people have sold their units quickly to capitalise on the price appreciation," she noted.

Others may have sold off their private units before buying a new one so that they can take a fresh loan for their new property and avoid paying the additional buyer's stamp duty, Ms Sun added.

Condo and HDB rents and leasing volume rise again in October. Good news that the property market is getting back on track?
I have 2 Condos and 1 HDB, 1 condo rented out for 4k, HDB rented out for 2.8k, and I'm staying in one condo, I'm 55-year-old next year with an outstanding loan of 1.5 million. What should I do next?
[SG News] S'pore condo resale prices up by slower rate of 0.1% in June; volume falls 12.6%
[SG News] 1 in 3 HDB resale flat buyers paid cash over valuation this year, up from 1 in 5 in 2020
Do you think now is the time to invest on condo for staying and release it after 5 years. (unable to buy HDB now). Plan on staying SG for at MOST 5 years only.Think it will not be worth of renting 5 years. Any 2 cents? Thanks ?