Will Bitcoin Be Our Next Payment Currency? - Seedly

Will Bitcoin Be Our Next Payment Currency?

With Bitcoin’s bull run and new ATH, will this trend continue in the future? 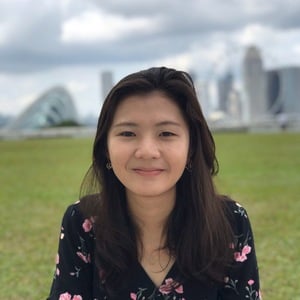 The first virtual currency, Bitcoin arose amidst the financial crisis back in 2009. This has since created a new paradigm for currency as these currencies are not issued by any central authority and are independent of traditional banks, making them unregulated digital currencies that people can transact over the internet through secure, dedicated networks. This industry does not seem to be slowing down as CAGR is predicted to be 56.4% within the next 5 years.

Let me go first through some of the challenges that are impeding such development.

Firstly, one of the reasons why the adoption of cryptocurrency as an alternate currency is slow is due to the high volatility involved. Given that it could have wide swings in its value, it can be difficult for merchants to accept payments that could potentially lose half its value in the next day, thus the inertia has been high among merchants to accept bitcoin as an alternate currency. With this, the pool of users is already significantly reduced.

Next, virtual currencies are highly exposed and vulnerable to money laundering and terrorist financing abuse especially with the anonymity surrounding it. Let’s take bitcoin as an example. The technology behind bitcoin is blockchain. Even though bitcoin transactions are transparent where we can see where and how much bitcoins are being transacted in real-time, these transactions are just a series of numbers.

Given that virtual currency systems adopt a non-face-to-face customer relationship, holders of such assets assume greater anonymity than traditional non-cash payment methods as they are considered to have a pseudonymous identity. (Although yes, by a string of wallet numbers, one’s identity can be found via a sophisticated technique like chain analysis, however, the identity of one can still be considered pseudonymous in general.) It is widely known that the real-world identity of the holder of virtual assets will be a secret. Coupled with no central oversight body, transactions are harder to track, making anti-money laundering and countering terrorist financing even more difficult.

On the other hand, let me then go through some adoption and future opportunities.

Some corporations are already accepting bitcoin as payment. One example is Microsoft. Microsoft has been accepting Bitcoin for its Xbox online Store since 2014. However, it has temporarily suspended accepting it for a short while back in 2018 because of volatility. Besides Microsoft, other smaller companies such as Twitch, Amazon-owned Whole Food, Home Depot and many more have accepted it as payment. Payment Technology companies such as Visa, Mastercard and Paypal are also coming on board and they are potential drivers for adoption of Bitcoin as an alternative payment method. We will be seeing tremendous growth and development as these companies adopt and work with cryptocurrency exchanges. As Visa mentioned “ they want to provide a bridge between digital currencies and our existing global network of 61 million merchants”

Compared to utilizing usual payment methods such as credit payments where transactions fee can be between 2-5%, merchants can determine the transactions fee they are willing to pay when accepting Bitcoin as payment. Why do I say so is because the fees that one merchant pays is what determines the speed in which one receives the money from consumers. The more one pays for the processing power, the faster one will receive payment. Therefore, merchants can potentially pay no transaction fees.

Besides just transactions fee, chargebacks are also eliminated. Traditionally, when there is a transactional dispute, there are generally 2 options to rectify. Firstly, a refund which comes directly from merchants and secondly, a chargeback from the card issuer. A chargeback happens only when there are financial information such as credit cards details being disclosed. On websites where transactions are taking place, financial information are stored and this can increase exposure to fraud. With Bitcoin, however, transactions are final and 100% irreversible and this will serve to be attractive and an alternate way because consumers can be protected and transactions using bitcoin is like using cash.

In conclusion, in my own opinion, the future of using bitcoin as our next payment currency is promising however this might take years before it will come to fruition. This is because it will take time for a new payment system to be set-up, for merchants and consumers to adopt such payment. With corporations’ support and adoption, this can be fast-forwarded.