Why you should consider having China equities in your portfolio - Seedly

Why you should consider having China equities in your portfolio

It is not just about buying Alibaba or Tencent. 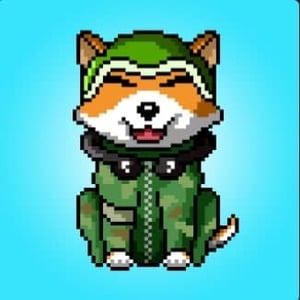 Did you know, China is expected to overtake the US as the world’s largest economy by 2024 according to the World Economic Forum?

Having previously adopted a stringent communist state-led system, the party decided to embark on a reform and introduced opening-up policies. This opened the doors for private businesses to salvage their failing economy. As of last year, private firms contribute approximately 70% of China’s GDP. This resulted in China's GDP growing from $150bn in 1978 to $14.3tn in 2019!

This led to extraordinary economic growth which was reflected in the stock markets as well. Recently, the surge in market capitalisation of Chinese equities could also be partially attributed to the Chinese authorities relaxing restrictions on foreigners investing in their stock markets. With China projected to become the No.1 economy by GDP in the next half a decade, the growth potential is enormous and I would definitely include some Chinese equities in my portfolio!

In this opinion, we look at the upsides and downsides of the Chinese economy, sectors that I’m positive on, the different types of Chinese shares, and a little on the risks of having exposure to Chinese equities.

Firstly, China has mostly contained the pandemic in its country and has moved on with recovery efforts. This is in stark difference to the rest of the world where governments are still trying to bring the virus under control and are nowhere near to rebooting their economy. China began by boosting infrastructure spending this year and this has created more jobs in the process as well. This strategy will ultimately pivot China towards economic growth once again.

Fun fact: China is the only country estimated to have a positive GDP growth this year out of all the major economies in the world according to IMF. In comparison, Emerging Markets are expected to have -3.3% growth while Advanced Economies will experience -5.8% growth. 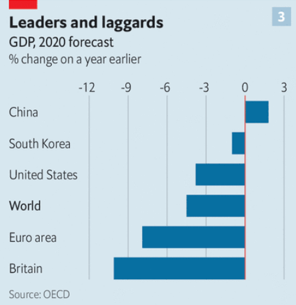 Secondly, China has removed its GDP growth target. Previously, the Politburo would always set a GDP growth target for every cycle of its 5-year plan. However, China has said it would not do so for its 14th 5-year plan and for 2020 as well. Most analysts have agreed that this is mostly an upside as China will now be able to focus on critical issues such as employment, social stability, and national security in the next 5 years. This would potentially allow for a more sustainable and higher quality of growth as China can keep its debt in check as well.

Lastly, in terms of monetary and fiscal policy, the PBoC has cut its RRR repeatedly this year extending at least 1.75tn yuan in liquidity into the markets and has also cut its 1-year Loan Prime Rate (LPR) to 3.85%. Even after these cuts, the Chinese government still has room for more monetary policy action if necessary, which is a good sign. This is unlike Japan whose interest rate is at -0.1% and is unable to cut rates to boost its economy.

Furthermore, the government has been issuing more debt this year through its Special Purpose Bond program as it seeks to restart its economy. This is estimated to be at least 1.6tn yuan over the previous year’s issue.

By 2050, China will at least have 330mn people over the age of 65 years old. A rapidly ageing population would be one of the most pressing economic problems for the second-largest economy in the world. However, this is one problem that all nations would face sooner or later. As such, China could overcome this by taking a leaf out of the books of Singapore or Japan where already 25% of the population is aged 65 or older.

Also, the US-China trade war which began in 2018 has expanded and moved beyond trade matters and into technology, financial and geopolitical conflicts according to a JPM article. Although a phase 1 deal was reached earlier this year, ex-president Trump continued putting pressure on China by banning Chinese apps such as TikTok and WeChat while citing national security concerns. He has also sought to ban China’s largest chip manufacturer. However, China has taken steps to mitigate the impact should a ban really follow through. More on this in the next section.

2. Sectors I would overweight on

In this section, I will touch on three sectors which I think will likely outperform in the next 5 years and their respective reasons. These are largely based on the 14th 5-year plan which China will reveal in March 2021 and its emphasis on dual circulation.

Firstly, China has been investing more in new infrastructure as early as 2018. New infrastructure includes areas such as 5G infrastructure, AI, and Electric Vehicle (EV) infrastructure. In the recent National People’s Congress this year, the government said it would spend approximately $1.4tn on its digital infrastructure program in the next 5 years. I would expect mostly domestic firms (eg. Huawei – 5G, SenseTime – AI & BYD – EV) to benefit from this initiative. This is due to China’s “internal circulation” of its dual circulation theme which aims to reduce the country’s reliance on imported goods and to strengthen its know-how in high tech manufacturing. You can read more about what dual circulation is here.

Furthermore, with increasing pressure from the US and a likely tech decoupling situation in the future, China is expected to increase its R&D expenditure, especially on chips. Already, China has created a $29bn state-backed fund to invest in the semiconductor industry last year. Even though China is lagging badly behind Korea and Taiwan in terms of its technology, the government’s pouring money into this sector will definitely speed up the process and help China catch up to its peers.

Secondly, China is expected to continue leading global consumption growth in the next 5 years reaching $12tn in 2025, an increase of $4tn from this year. As their income continues to rise, the Chinese would expect better goods and services, and this would affect how they spend their money. GDP per capita was only $8,148 in 2016. But this has increased to $10,262 as of 2019. This increase would strengthen the disposable income of the average Chinese and greatly boost their purchasing power. According to emarketer China's expected e-commerce expenditure for the year is $2.1tn, up 16% from the previous year. This figure is likely to only increase over time. This year's Singles Day event, or 11.11, saw Alibaba raking in some $75bn in revenue alone, 26% more than last year despite the pandemic.

Lastly, China has already been spending big bucks on new infrastructure. How about traditional infrastructure? The 14th 5-year plan is likely to emphasize heavily on increasing urbanisation rate to 50% by 2025; a 5 percentage points increment from this year. This suggests that there will be new investment in traditional public services and facilities to support rising urbanisation rates. Similarly, I would expect this investment to benefit mostly domestic firms as well for the same reasons stated above.

Sources without in-text citations in this section are mainly taken from here and here.

This research piece gives a good summary of the various types of Chinese shares there are. Below are just a few of them.

B-shares: Similar to A-shares but denominated in foreign currencies such as USD or HKD.

H-shares: shares of companies incorporated on mainland China but are traded on HKEX. They are denominated in HKD

American Depositary Receipts (ADRs): These are a form of equity security that are issued by a US depository bank which represents a specified number of shares of a foreign company’s stock.

How do I know what kind of shares to buy then?

I would say it's mainly personal preference. For example, Alibaba is listed both on NYSE and HKEX. The main difference is in currency, tax considerations, and transaction costs. Overall, both tickers should move in tandem and would be highly correlated.

4. Risks of exposure to Chinese equities

Apart from currency risks, the main difference lies in regulation and reporting standards as China does things slightly differently from DMs such as the US.

For a start, the amount of disclosure necessary to list Chinese equity security on a US stock market requires far less regulatory oversight as compared to a normal US equity security. This has led to cases of accounting fraud in certain companies.

One example is Luckin Coffee who, in 2019, reported inflated revenue figures. When found out, its share price plunged by 75% and it was eventually delisted.

Of course, this is one of the more extreme examples. However, things have gotten better as Chinese companies now have to abide by accounting standards set out by the US or face delisting.

Wow that KWEB plunge. Painful to look at.

If you see potential in china stocks, why not?