Why I Own Disney Shares - Seedly 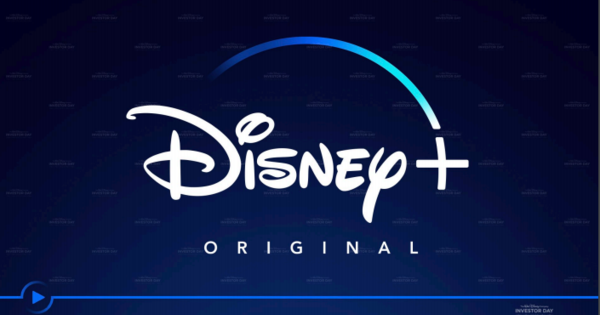 Why I Own Disney Shares 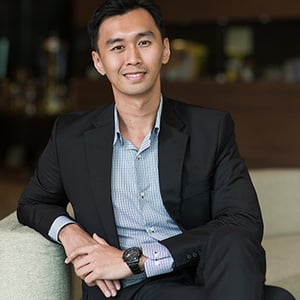 The happiest place on earth. It is near impossible to replicate Disney's share of mind even if you have all the money in the world.

The Disney name is well-known to billions of people. It has a meaning, an emotion perhaps, attached to it globally.

It is hard to find another brand that is unanimously known as the happiest place on earth.

With Disney+, it is now able to ship this happiness at an unprecedented scale.

In Berkshire's 1996 annual general meeting, Buffett explained why Disney makes money for shareholders. Unlike many other movie companies.

Buffett shares, "The nice thing about the mouse (Mickey) is that he doesn't have an agent... He is not there renegotiating (his salary).. every week or every month and saying, "Just look at how much more famous I've become in China."" 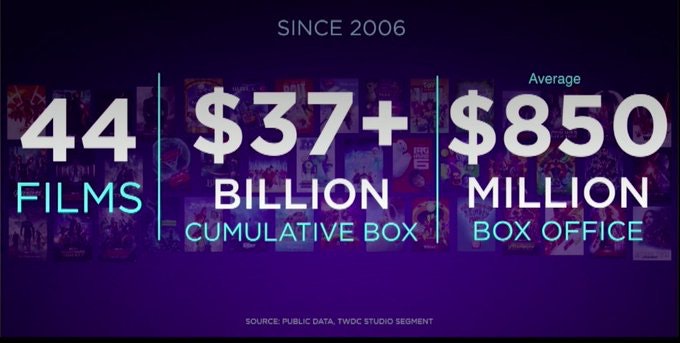 "The single most important decision in evaluating a business is pricing power. If you've got the power to raise prices without losing business to a competitor, you've got a very good business. And if you have to have a prayer session before raising the price by 10 percent, then you've got a terrible business."

For Disney, let's take a look at their pricing power pre-COVID19.

Like clockwork, Disney theme parks, hotels, and cruise has been able to raise prices at approximately 5% per year.

Coming off a low base, Disney+ is set to raise its price from $6.99 to $7.99 after just 1 year since launch. In sales, it is always easier to sell an incremental dollar than the first dollar.

The oil field that keeps gushing

Disney's intellectual property (IP) is like an oil field that doesn't dry up. We have seen the remakes of Beauty and The Beast, The Lion King, Aladdin, and many more.

Furthermore, IP created generates value beyond the box office. Box office hits will be translated into merchandise which ranges from toothbrushes to quilts, figurines, watches, legos, and more.

A quick search for Elsa will show you an endless array of products that could bring a smile to your daughter's face.

Buy her a counterfeit Elsa and you will see her smile melt faster than Olaf. 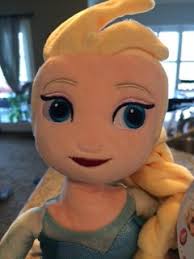 The oil field doesn't end here. The benefits will trickle to its theme parks, resorts, vacation, and cruise packages.

"Disney is an amazing example of autocatalysis... They had all those movies in the can. They owned the copyright. And just as Coke could prosper when refrigeration came, when the videocassette was invented, Disney didn't have to invent anything or do anything except take the thing out of the can and stick it on the cassette."

With Disney+, the value of all the past IPs can be unlocked at scale. As Netflix's and Spotify's subscription-based business model suggests, monthly subscription fees are very sticky. Providing upfront, recurring revenue for Disney.

This is different from the traditional way of spending hundreds of millions of dollars upfront (e.g. Frozen costs $150 million). Locking up tons of working capital before the movie is released, reducing the amount of free cash flow for shareholders, or to grow its IP by producing more movies.

Depending on whether the movie becomes a hit, Disney would have difficulty estimating how much cash flow will be coming in. Which leads to difficulty in budgeting for new projects.

This is all about to change with Disney+.

In its investors day on Dec 2020, Disney exceeded 137 million in paid subscriptions across its Direct-to-Consumer (DTC) services. Smashing all of its earlier estimates.

To put it in context, it took Disney approximately 1 year to achieve what Netflix did in 10 years in subscribers count.

Netflix currently generates approximately $10USD per subscriber monthly. Applying that to Disney+, this will bring in $2.3 billion to $2.6 billion in upfront recurring revenue monthly, or $27.6 billion to $31.2 billion annually.

Data is the new gold

With Disney+, imagine all the data the company will be able to collect. It will have deep insight into how Disney fans interact with its content. Increasing its revenue per Disney fan.

Oh, your son watched Iron Man for the third time in the past 2 months, here's an ad on how he could look like Iron Man!

Ride of a Lifetime

With Robert Iger's 15 years at the helm, he has done some massive transformation for Disney.

In his book Ride of a Lifetime, Iger started making several gutsy moves once he took over. Taking over Pixar for $6.3 billion, bringing the world of Toy Story, The Incredibles, and Monsters Inc into Disney.

The acquisition of Pixar brought in Steve Jobs to Disney's board of directors. Prior to the acquisition, Disney's animation business had been struggling.

Disney then went on to acquire Marvel for $4.2 billion in 2009 with Avengers: Endgame raking in $2.8 billion in global gross box office receipts.

What seemed like expensive acquisitions turned out to be great deals.

After owning the world's most valuable superhero property, Disney followed up by acquiring Lucasfilm (Starwars, Indiana Jones, etc) for $4.1 billion in 2012.

And of course, the biggest acquisition of the Twenty-First Century Fox which closed in Mar 2019. Which ended up costing $71.3 billion by flooding their balance sheet with debt.

All these moves required Iger to do a lot of convincing to the board of directors. But Iger understood that Disney's moat is with its IP and he has executed beautifully. Churning out blockbusters after blockbusters.

After his 15 years of service, Iger has set Disney up nicely for its big move into streaming—Disney+.

Disney media networks segment comprise of cable networks and broadcasting. It currently contributes approximately 25% of the operating income for Disney.

Operating margins for this segment has been declining over the years due to cord-cutting.

With this as the backdrop, Disney+ seems to make sense from a long-term perspective.

In the short term, Disney is likely to face some pressure from this segment as it keeps its best content for Disney+. But it will benefit from its streaming business tailwind in the longer term.

This is similar to Adobe's playbook when they first transit into a subscription model. Revenue would be impacted in the short-term as they cannibalize their existing business. In the long-term, the predictable upfront recurring cash flow will greatly benefit the company.

It is hard to find another brand that invokes a positive emotion and create blockbuster hits after hits. With Disney+ coming up huge amongst consumers, Disney stands to benefit hugely from introducing streaming into its ecosystem—upfront predictable cash flow, monetizing past content, data, and increased revenue per Disney fan.

This article was originally published on SteadyCompounding.com

Disclaimer: This is not a recommendation to buy or to sell securities. Please conduct your own due diligence or consult your advisor. I merely write to improve my investment and thought process.

Top investing articles everyone else is reading:

Thank you for taking the time to read my blog.

3-Bullet Sunday is a free, weekly email, that hones your mind and keeps you growing. It is full of timeless ideas on life and finance.

Subscribe today to get weekly insights and receive a free investment checklist!​​​

My pleasure! You can subscribe to my newsletter. I publish content on investing and personal development that I don't elsewhere. https://steadycompounding.com/subscribe/

Makes sense, Thomas & Billy. Thanks for the inputs!
Post