How Much Allowance I give my Mum - Seedly

How Much Allowance I give my Mum

Singaporeans love comparing so much, it’d probably be mistaken as our favorite pastime. 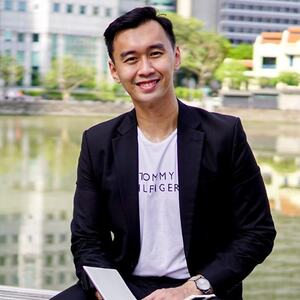 Singaporeans love comparing so much, it’d probably be mistaken as our favorite pastime.

“Your son is a pilot/lawyer/doctor? Can buy jiak hong chu (landed property in Hokkien) and you can retire happily liao.”

And of course, the “How much your children give you every month ah?”

Ever since I started working years back, I noticed a recurring pattern amongst my friends who struggled with meeting parents’ expectations.

In a way, their agony arose from their parents’ agony with themselves.

Lack of money and the need to cover household expenditure is cited as the most common reason.

But is it, really?

I have seen folks who have to give so much allowance it puts their own lifestyle or marriage at the edge, even though their parents don’t really need the money.

Beneath the husk of “lack of money” lies another layer of truth.

That some of us mistake net worth for self-worth.

Love or self-worth is something that is hard to measure, and using money is a much simpler heuristic for comparison.

Ignore advices from others

“You must take at least $800 after they start working!”

Ignore bad advices. But.. how do we discern if the advice we received is good or bad?

Ignoring advice may sometimes be more important than receiving them.

Good advice often comes in a series of thoughtful questions.

Questions that will trigger you to reflect and think deeply about your own story, experiences, and context.

Your friends may have the best of intentions, but the advices given are based on their experiences.

Or in the case of setting the allowance, “How much your kids give you ah?”, or “How much you all give your parents?”

My 2-cents worth of ‘bad advice’

Find out the why?

It is always easier to achieve buy-in when your child or parents understand the reasons behind the amount of allowance set.

Always remember that every family’s story is different. What works for others may not be applicable to yours.

The size of the allowance received or given doesn’t determine your self-worth. Stop comparing the amount with other families.

I think I’m great at managing money. Though, my mum certainly disagrees.

She always tell me “你不知道的啦，老了没有一点钱在身上，很没有安全感。”

Loosely translated, it means “I don’t give a sh*t how good you think you are at managing money.”

She has been instrumental in keeping me grounded.

She meant that she feels insecure if she doesn’t have a monthly stream of cash coming in.

And I respect that. Because I understand her story and the experience she went through in her early years.

Not all financial decisions can or should be made using a spreadsheet.

So we work out an amount that puts her at ease while not impeding my efforts at compounding our wealth.

But still.. a part of me dies whenever she tells me she plans to put the money in a long-term fixed deposit.

Sometimes I wish she actually takes the time to read my blog and understand how I invest at SteadyCompounding.com

A tale of the Mexican fisherman

An American investment banker was at the pier of a small coastal Mexican village when a small boat with just one fisherman docked. Inside the small boat were several large yellowfin tuna. The American complimented the Mexican on the quality of his fish and asked how long it took to catch them.

The Mexican fisherman said, “I sleep late, fish a little, play with my children, take siestas with my wife, Maria, stroll into the village each evening where I sip wine, and play guitar with my amigos. I have a full and busy life.”

The American scoffed, “I am a Harvard MBA and could help you. You should spend more time fishing and with the proceeds, buy a bigger boat. With the proceeds from the bigger boat, you could buy several boats, eventually you would have a fleet of fishing boats. Instead of selling your catch to a middleman you would sell directly to the processor, eventually opening your own cannery. You would control the product, processing, and distribution. You would need to leave this small coastal fishing village and move to Mexico City, then LA and eventually New York City, where you will run your expanding enterprise.”

The Mexican fisherman asked, “But, how long will this all take?”

“But what then?” Asked the Mexican.

The American laughed and said, “That’s the best part. When the time is right you would announce an IPO and sell your company stock to the public and become very rich, you would make millions!”

The American said, “Then you would retire. Move to a small coastal fishing village where you would sleep late, fish a little, play with your kids, take siestas with your wife, stroll to the village in the evenings where you could sip wine and play your guitar with your amigos.”

This story reminds me not to lose sight of the forest for the tree.

For many of us, when given a choice to pursue wealth, happiness, and health, we will put wealth at the forefront. Even though their importance is reversed.

Because wealth can be measured, and we have this number in our head—perhaps I will be happy if my net worth is $5 million.

We know the price of everything but the value of nothing.

Money can solve many problems, but it cannot solve our ever-increasing desires. And the distance between suffering and happiness is often determined by the size of our desires.

Back to my friends

It pains me when I hear stories of parent-child relationships souring because of the allowance issue. Especially when both sides are clearly high-income earners and are not short of cash.

If they could take a step back and look at the bigger picture—that at the end of the day—they are sacrificing something that matters, over something that doesn’t.

I wish they are able to realize this soon. After all, our time here is limited.

More than money, always give time to your parents. We are so busy growing up that we often forget they are growing old.

I hope this article spoke to you in some ways. Especially for those whose family relationships are strained because of money. Start communicating. More often than not, the other person just wants to be heard. Stop comparing the amount you are receiving or giving with others because everybody’s story is different. Don’t fall into the trap of being myopic like the American investment banker.

Thank you for taking the time to read my article.

If you enjoyed today’s article, I’m sure you would enjoy the following:

3-Bullet Sunday is a free, weekly email, that hones your mind and keeps you growing. It is full of timeless ideas on life and finance.

I do not publish these ideas elsewhere.

Subscribe today to get weekly insights and receive a free investment checklist!​​​

https://linktr.ee/chuathomas I write about timeless concepts in investing and life. Find me at SteadyCompounding.com