Any Merchants using Hoolah, Atome or Rely have any insights on what the transaction cost to merchants are? - Seedly

Any Merchants using Hoolah, Atome or Rely have any insights on what the transaction cost to merchants are?

I don't know the nitty gritty, just from what i've heard ( whispers from friends/ acquaintances), I know that Hoolah has a larger share of the brand market in SG + they are better equipped when it comes to the intangibles like raising awareness for brands/ customer support / aligning themselves with brand values & direction. I have heard that their charges may be a little more premium but at the end of the day you pay for what you get.

I see that Atome just rebranded as well - not too sure about them though because their branding does seem rather fickle and temporary at times ( given how often they switch it up) and they pride themselves alot on commercial giveaways + branded influencers ( may be good in the short term but long term, i'm not too sure). They do work with some big players like IUIGA and Novelship though ( but coming from a sneakerhead, Novelship is... a little sus haha )

Rely seems like a relatively smaller player but still not quite invisible in the pay later industry. They don't work with as many brands as the above two but think they are also steadily growing at a smooth pace. Good to keep an eye out for how things are going

Thanks for the response Benjamin! Yeah I heard that the fees range from ~2-8% which is kind of steep given a tight profit margin. Wonder if you have and can share any insights (from whispers would be good too) of what range they actually charge :)
Thank You!
Can you clarify
I wonder if
This is so helpful 👍
What about
Post 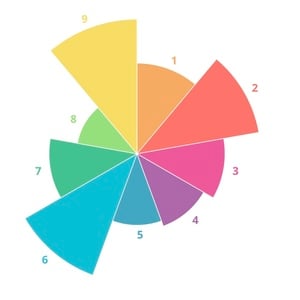 I'm not a merchant but recently used Hoolah for a 3-part installment payment for my dental work. First time hearing hoolah, it'a easy to use - i had a login where I can check my past and upcoming instalments. Tried their live chat function too and response was fast. Hope this helps!

Have been using POSB saving and the interest rate is really bad. Read few blogs and thought Singlife and Elastiq are good options. Any ongoing promo or code for these? Want to start on these 2 soon?
What are your opinions of Finexis Advisory Singapore? I am deciding whether or not to join Finexis Advisory and would appreciate a review of the company or any advice on whether this would be a good option for me.?
I have roughly 4k in SRS account, and intend to put in more to hit 10k by EOY for both tax relief/investment. Any advice/recommendations from the Seedly community on what are my investment options?
Do ya'll think Pfizer the way to go for the Coronavirus Vaccine Race? Or do ya'll have any other winners ya'll are eyeing/betting on?
Is it preferred to have different robo-advisors or concentrate on one given that there are charges for management and using the platforms. I am currently using StashAway and MoneyOwl?